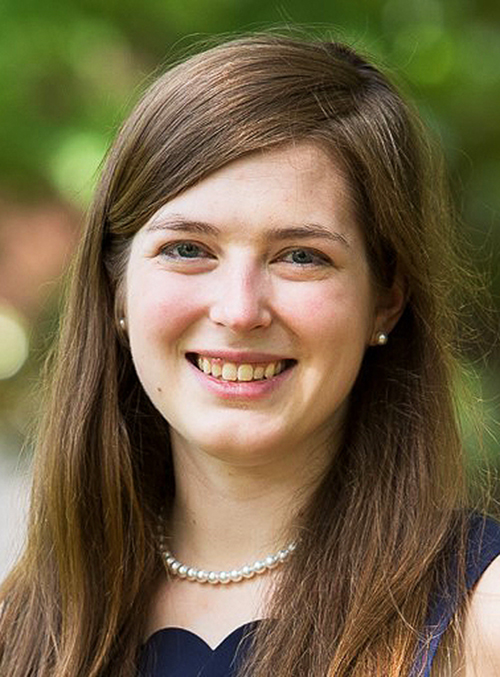 As an undergraduate biology major/chemistry minor at UNC, Kim Riley was already convinced that she wanted a career in science.  A research assistantship studying the role of Mdm2 in tumor suppression and a teaching assistantship in the first-year biology laboratory helped to solidify her conviction. Interested particularly in scientific research, she decided to apply for graduate school at a number of institutions, including Vanderbilt, which she admits caught her attention because the application was free. Despite the fact that her first visit to campus was during a snow storm, Kim fell in love with VU, and soon she was pursuing research on β-cell regeneration under the mentorship of Maureen Gannon, Ph.D., in the Department of Medicine.

Kim threw herself into her graduate school experience with total commitment and enthusiasm. While carrying out research that made her a co-author on five publications, she served as Journal Club Manager and Graduate Student Representative for the Program in Developmental Biology as well as Graduate Student Representative for the Molecular Endocrinology Training Program. Yet, despite her ongoing interest in scientific research, she quickly concluded that she did not want to follow the same career path as her mentors. She most enjoyed “boots on the ground” participation in science, yet she realized that “the better you are at science, the less you do it”. She saw the traditional PI position as one that would likely take her away from the kind of direct participation in research that she enjoyed the most.

An important career-defining event for Kim came with the opportunity to take the Introduction to the Principles and Practice of Clinical Research (IPPCR) module through the BRET Office’s ASPIRE Program. An NIH-sponsored course, IPPCR provides critical training in the design, conduct, and management of clinical trials. The experience reinforced Kim’s growing interest in human-focused research and provided her with an important certificate that she used to apply for her first job as Clinical Research Coordinator at Duke University’s Department of Ophthalmology.

An entry level Clinical Research Coordinator’s job does not require a Ph.D., but Kim relates that it both helped her get the position and do her job. An important part of her position is to coordinate between pharmaceutical firms, whose drugs are being tested, the clinicians conducting the trials, the patients, and the regulatory agencies monitoring the trials. In this “center of an octopus” position, Kim’s Ph.D. training enables her to read and evaluate research proposals, catch potential problems that might arise during the course of a trial, and ensure that data are being reported correctly. Her Ph.D. training has also provided her with the ability to learn new science quickly, adapt to changing job requirements, speak publicly with assurance, and accept constructive criticism. Her Ph.D. will prove especially important as she moves up the ladder in her chosen field.

Looking back, Kim is grateful for the opportunity to take the IPPCR module through the ASPIRE program, as it was the most important single experience that directed her career path. She also participated in an ASPIRE-sponsored Career Symposium and two Ph.D. Career Connections events. These, she admits, had less impact on her career choice but were important in another way. She was able to look around the room and see that even many of the most dedicated graduate students in her class shared some of her uncertainties about their career path. Although she had experienced nothing but support in her decision from her mentor and thesis committee, she still appreciated the opportunity to share her experiences with her peers.

So far, Kim is happy in her career choice and enjoys her work. Now, with two years of experience under her belt, she will be able to obtain the additional certification she needs to move up to the next level of employment, one that will enable her to manage a broader portfolio, potentially at multiple institutions, and to play a more direct role in the design and execution of the clinical trials. Although she realizes that such a step might take her away from the level of direct involvement that she currently enjoys, she is excited about her potential future opportunities.