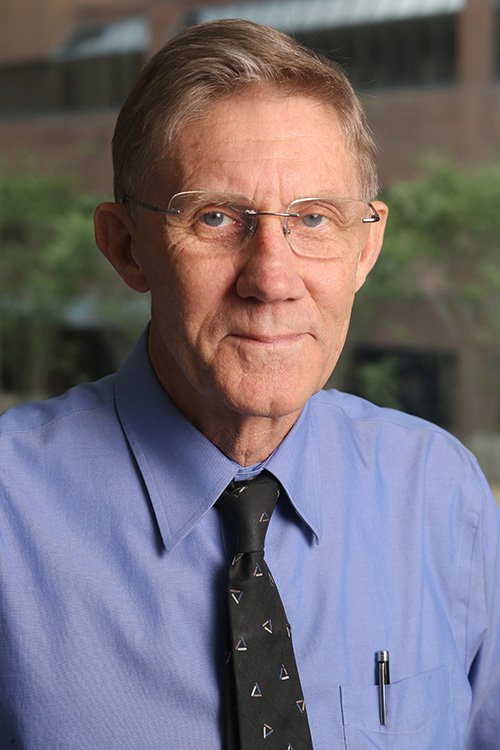 Roger Chalkley, professor of molecular physiology and biophysics and senior associate dean for biomedical research education and training, will be retiring this summer.

Chalkley, who has been at Vanderbilt since 1986, is also a co-PI of the Initiative for Maximizing Student Diversity alongside his wife Linda Sealy. Sealy, associate professor emerita of molecular physiology and biophysics and senior advisor to the dean for diversity, equity, and inclusion, retired last May, but remains involved with the IMSD.

“Roger leaves a legacy in graduate education that few individuals anywhere in the country can match,” Larry Marnett, dean of basic sciences, said. “He is a visionary leader who transformed doctoral education in the biomedical sciences at Vanderbilt from a regional to a national program and established new paradigms for recruiting and training Ph.D. students.”

Although Chalkley is known for his role in supporting graduate students who come in through Vanderbilt’s biomedical research umbrella programs—the Interdisciplinary Graduate Program and the Quantitative and Chemical Biology Program—and the IMSD, few of the current students realize that he himself was a prolific scientist.

“I worked in gene regulation,” Chalkley said. “I was one of the very earliest people working on histone modifications when people didn’t really know about them.” Histones are the proteins that the DNA wraps around so as to be compact enough to fit in a cell nucleus. Chalkley’s research group, which he started while a faculty member at the University of Iowa, was also the first to show that estradiol, the major female sex hormone, is transported into the cell and into the nucleus when it is exposed to endometrial tissue.

At the time of Chalkley’s arrival at Vanderbilt, research at the school was not graduate student centric, relying heavily on postdocs instead. Each department recruited students individually and suffered high turnover rates; one in particular would lose half its matriculated students each year. This was due, in part, to the fact that students were not covered by training grants, and the research mentors were responsible for a large fraction of the tuition.

“I said to myself at the time, ‘I’ve got to do something about graduate students.’ They were really not a strong part of Vanderbilt’s academic activity,” Chalkley said.

“Most of the current members of the Vanderbilt community don’t realize that we didn’t always have the outstanding graduate programs that we have today. The programs were small, fragmented, and uneven,” Marnett said.

Vanderbilt’s umbrella-type program in biomedical sciences—the IGP— was conceived by Chalkley as a result of discussions with John Perkins, who was dean of the UT Southwestern Graduate School of Biomedical Sciences at the time. The IGP allowed all basic sciences departments to recruit together and to teach students a shared curriculum during their first year. Most importantly, it helped guarantee that the students’ tuition would be covered, in part through financial commitments from the School of Medicine and in part through the individual departments.

The redesign of the graduate training program improved the caliber of recruited students, which in turn improved the caliber of recruited faculty. It also helped with diversifying the student body. Prior to the IGP’s establishment in 1992, only one biomedical science Ph.D. had been granted to a Black student; three Black students were welcomed into the first IGP class. In time, Vanderbilt began recruiting more traditionally underserved students so that, at the time of writing, over 150 Ph.D.’s have been granted to individuals from diverse backgrounds, thanks in large part to Chalkley’s involvement in the creation and management of the IMSD.

Today, between the IGP, IMSD, and QCB, which was established in the mid 2000s to serve students coming from a physical science or math background, Vanderbilt welcomes upward of 80 students each year—with a smaller than 5% attrition rate.

“It is hard to imagine Vanderbilt without Roger Chalkley directing graduate education through the BRET Office. His contributions are legendary not only at Vanderbilt but also nationally. We will miss him greatly but wish him the very best for the next chapter in his life,” Marnett said.