June 2021 marked the nation’s eighth annual Immigrant Heritage Month, celebrating the accomplishments and contributions that immigrants and their children have made in shaping the history, strengthening the economy, and enriching the culture of the United States. At the Vanderbilt University School of Medicine Basic Sciences, we are proud to highlight just a few of our many scholars who came to the U.S. to advance research that serves humankind.

Images courtesy of the featured scientists. 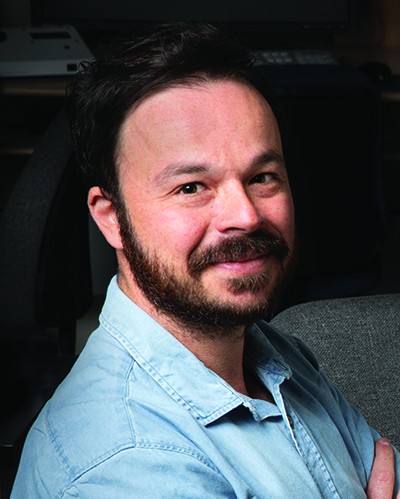 The Arrojo e Drigo lab uses different types of microscopes to study the biology of remarkably long-lived cells in the islet, a region of the pancreas, and other somatic organs. In his research, Arrojo e Drigo investigates how post-mitotic cells are maintained for long periods of time and how these cells are affected by aging and disease. 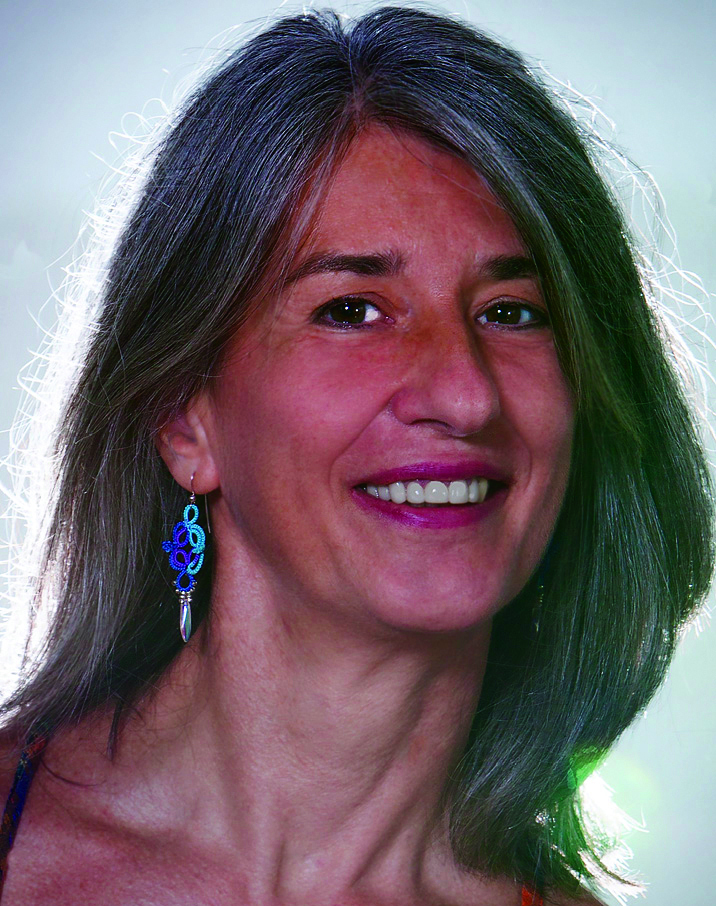 Garbett’s research in the lab of Rick Sando, assistant professor of pharmacology, aims to better understand the mechanisms of neuronal connections in the brain by visualizing the proteins interacting at the neuronal cell surface, which can help identify the partners required for establishing proper connections between these cells. Understanding how these circuits form during human development will shed light on disorders such as ADHD, autism, and schizophrenia. 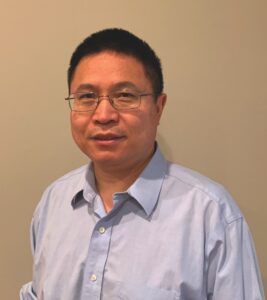 The Gu lab uses mouse and human pancreatic islet cell models to establish diabetes-associated risk factors. They focus on the beta cell, which secretes insulin to lower blood glucose, and whose death and/or dysfunction causes diabetes. Gu’s group recently found epigenetic factors during embryogenesis and fetal growth that could predetermine the beta cell’s function after birth, a finding that has implications for a person’s risk for diabetes later in life. 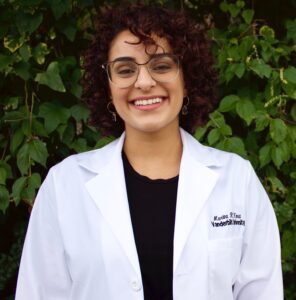 In the lab of Associate Professor of Cell and Developmental Biology Vivian Gama, Hanna’s research focuses on myeloid cell leukemia-1, or MCL-1, a protein that stops the outer membrane of the mitochondria from becoming permeable upon receiving a signal that leads to apoptosis, or programmed cell death. She is currently working with induced pluripotent stem cells and will eventually move to a brain organoid system—a miniaturized, simplified, 3D version of a brain—to model MCL-1 activity and determine its noncanonical function in and contribution to early human brain development.

Jashnsaz, who works in the lab of Gregor Neuert, assistant professor of molecular physiology and biophysics, developed an integrated framework to expose cells to gradual environmental changes over time and monitor their signaling activities to build mathematical signaling models. The resulting predictive models enable investigators to determine the impact of protein interactions and mutations on cellular response and functions that are relevant in many human diseases.

Kavalali’s work bridges fundamental neurobiology and development of novel treatments for intractable neuropsychiatric and neurological disorders, such as major depressive disorder and developmental and epileptic encephalopathies. Communication between neurons often occurs when a nerve impulse evokes the release of communication chemicals called neurotransmitters. The Kavalali lab demonstrated that when neurotransmitter release occurs spontaneously, it operates independently of nerve impulse-evoked neurotransmission, and that this spontaneous release of neurotransmitters represents a largely autonomous mode of interneuronal communication that can be targeted to treat neurological and neuropsychiatric disorders. 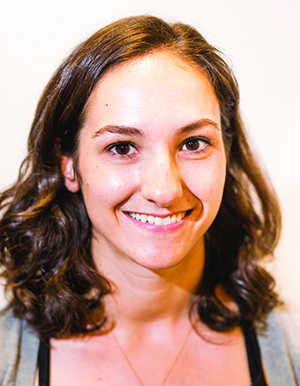 Goleva’s research within the lab of Professor of Medicine Lea Davis is in the field of statistical genomics, and her focus is on functional seizures. This phenotype doesn’t have a known organic cause, although the prevailing thought in the field is that, in a small portion of people, trauma or stress unconsciously manifest as seizures. Goleva has developed an automated algorithm to identify functional seizure patients through electronic health records at the Vanderbilt University Medical Center and has identified the first significant heritable component for this type of seizure. 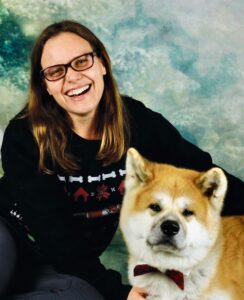 In mammary glands, the destiny of a potential stem cell population called cap cells is unclear. Cap cells are present during major changes in the breast, such as puberty, pregnancy, and lactation, but it is unknown if can cap cells give rise to other mammary cell populations such as basal cells or luminal cells. Le Guelte, working in the lab of Professor and Chair of Cell and Developmental Biology Ian Macara, developed a novel lineage-tracing mouse that tracks cap cell progeny, finding that, in vivo, basal cells are normally generated. Luminal cell death triggers cap cell differentiation, which begin to express luminal cell markers in culture. Le Guelte also identified TGF-β as a key regulator of cap cell multipotency. 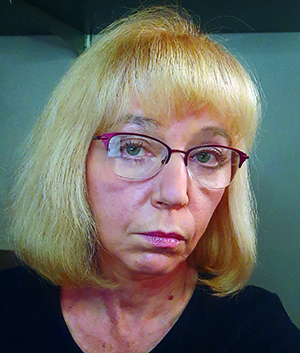 The Lepesheva lab focuses on CYP51, the enzyme essential for the biosynthesis of sterols, a class of organic molecules that are a hallmark of eukaryotic organisms. While studying CYP51 from pathogenic protozoa, her group identified an inhibitory scaffold—a base drug that can be further modified—that is curative in mouse models of Chagas disease, and then explored structure-based design for its development as an antifungal/anticancer agent. 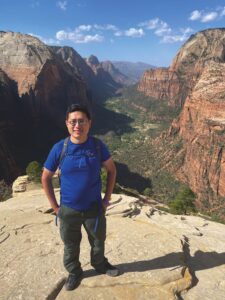 Li’s research in the lab of Professor of Biochemistry Chuck Sanders focuses on determining the structure of peripheral a cell membrane protein, in model membranes using NMR spectroscopy. PMP22 is highly expressed in the Schwann cells of the peripheral nervous system, and genetic aberrations have been associated with a hereditary neuropathy known as Charcot-Marie-Tooth disease. 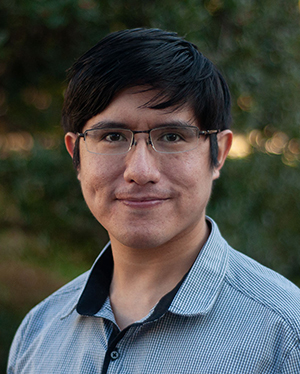 Rúa-Fernández’s research in the lab of David Cortez, Richard N. Armstrong, Ph.D. Chair for Innovation in Biochemistry and professor and chair of biochemistry, focuses on the HMCES protein. HMCES covalently binds to AP sites, a common DNA lesion, and creates a DNA-HMCES protein crosslink—a DPC. DPCs coordinate an error-free repair pathway in single-stranded DNA, but they must then be removed. Rúa-Fernández focuses on the mechanisms that resolve the HMCES DPC as part of the repair pathway. 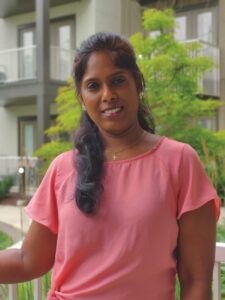 As the program manager in the Molecular Basis of Genetic Diseases program, housed in the lab of Professor of Molecular Physiology and Biophysics Hassane Mchaourab, Selvaraj focuses her research on catalyzing connections, collaborations, and crosstalk among clinicians, geneticists, basic scientists, and researchers to create teams focused on understanding the relationships between genes and phenotypes and identifying therapeutic targets and strategies.