Then and Now… Nashville!

Then and Now… Nashville! is an alumni feature that reminds you of iconic Nashville restaurants, coffee shops, hangouts, and other spaces as well as introduces you to new Nashville highlights. 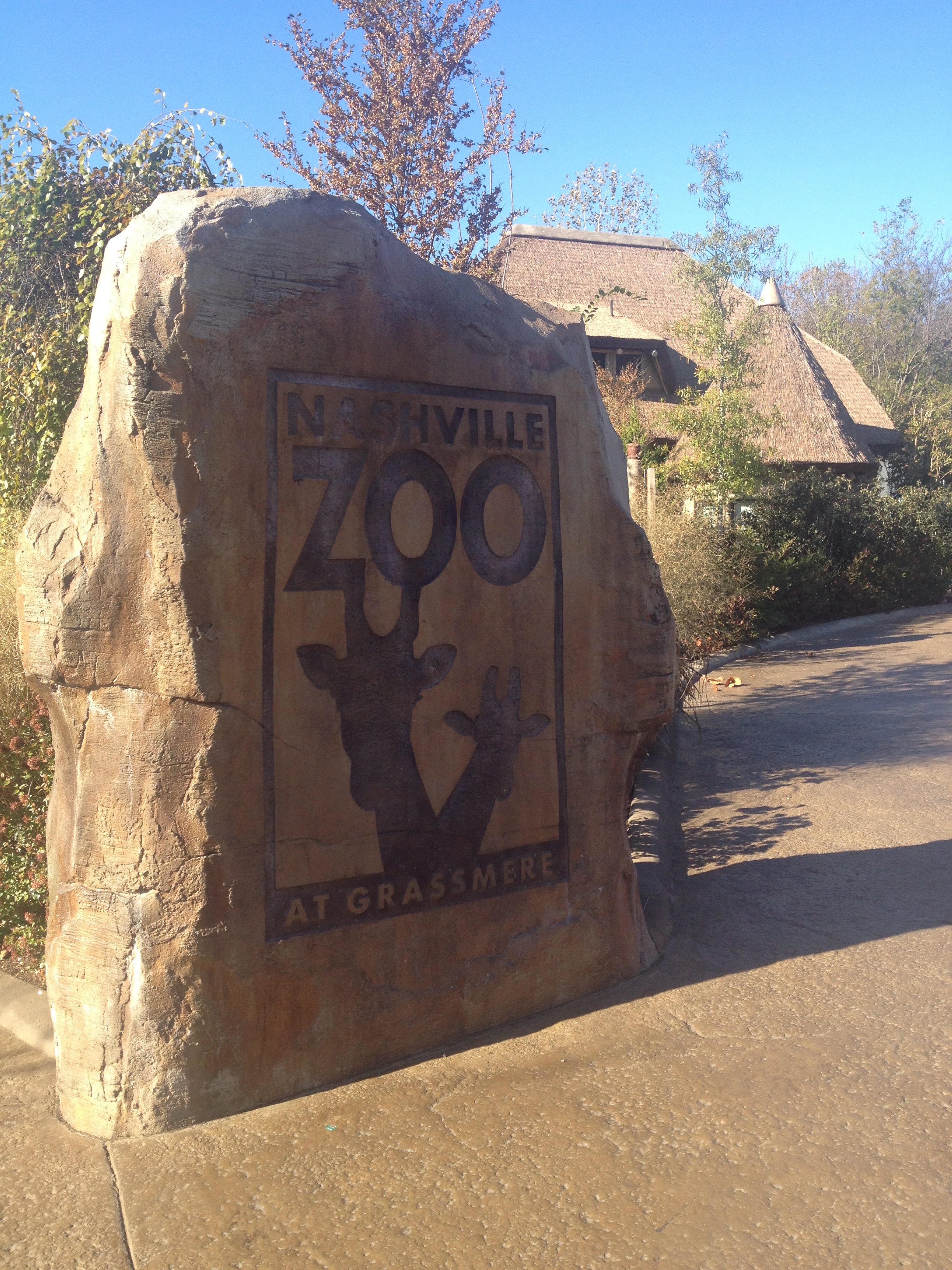 Three words: PET A KANGAROO. Is there anything else you need to know? Kids and families will love the Nashville zoo, which boasts more the 2,200 animals and over 350 different species throughout their park. In addition to the Kangaroo Kickabout, where visitors can walk on a path through the middle of the kangaroo habitat, the zoo also features Critter Encounters (a unique petting zoo with Galapagos tortoises and alpaca), Lorikeet Landing (where guests can feed birds inside a huge aviary), and the Soaring Eagle Zip Line (which allows for an aerial view of some of the zoo’s best exhibits). Also, the newest addition to the zoo just this month? Spider monkeys!! Price of admission: $16 adults, $14 seniors, $11 children, free for children under 2; parking is $5 per vehicle. 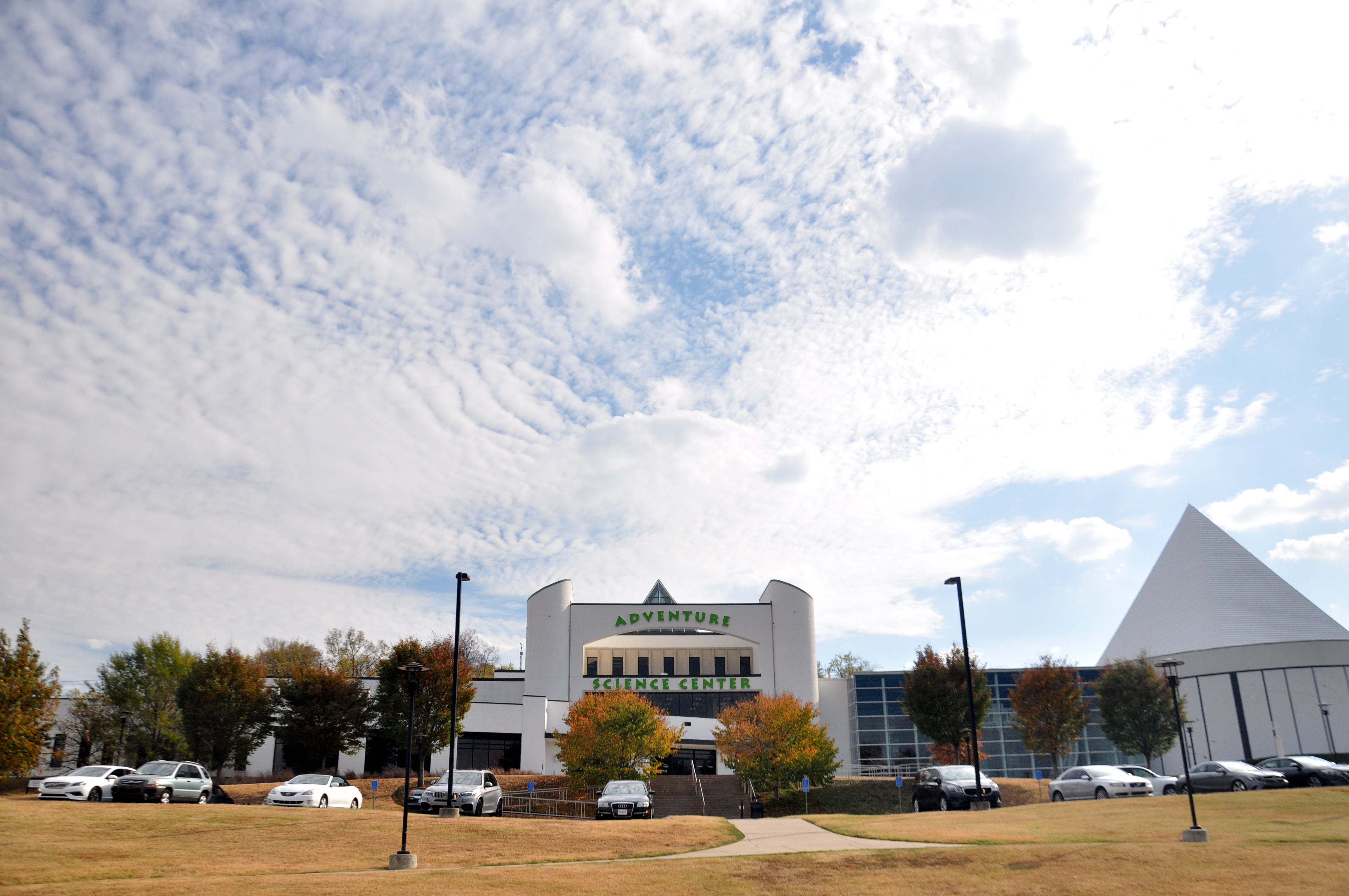 The Adventure Science Center has existed with its current name since 2002; however, the Center has evolved from its original creation, which was the Children’s Museum of Nashville that opened in 1945! Now with a focus solely on science, the museum is dedicated to “opening every mind to the wonders of science and technology, fostering a better understanding of ourselves and the world around us.” Most exhibits are hands-on and experiential-learning style, so a day here is sure to keep everyone busy. Check out the Adventure Tower where you can crawl through a beating heart, visit the BodyQuest to learn how our complex body systems operate as units, and check out the Mission: Possible exhibit to learn “how science and medicine team up to enable people with disabilities.” Price of admission: $14.95 adults, $10.95 children, free for children under 2; parking is free.

** All interested attendees of the Reunion will receive a coupon code for the Adventure Science Center to use any time in the month of June!** 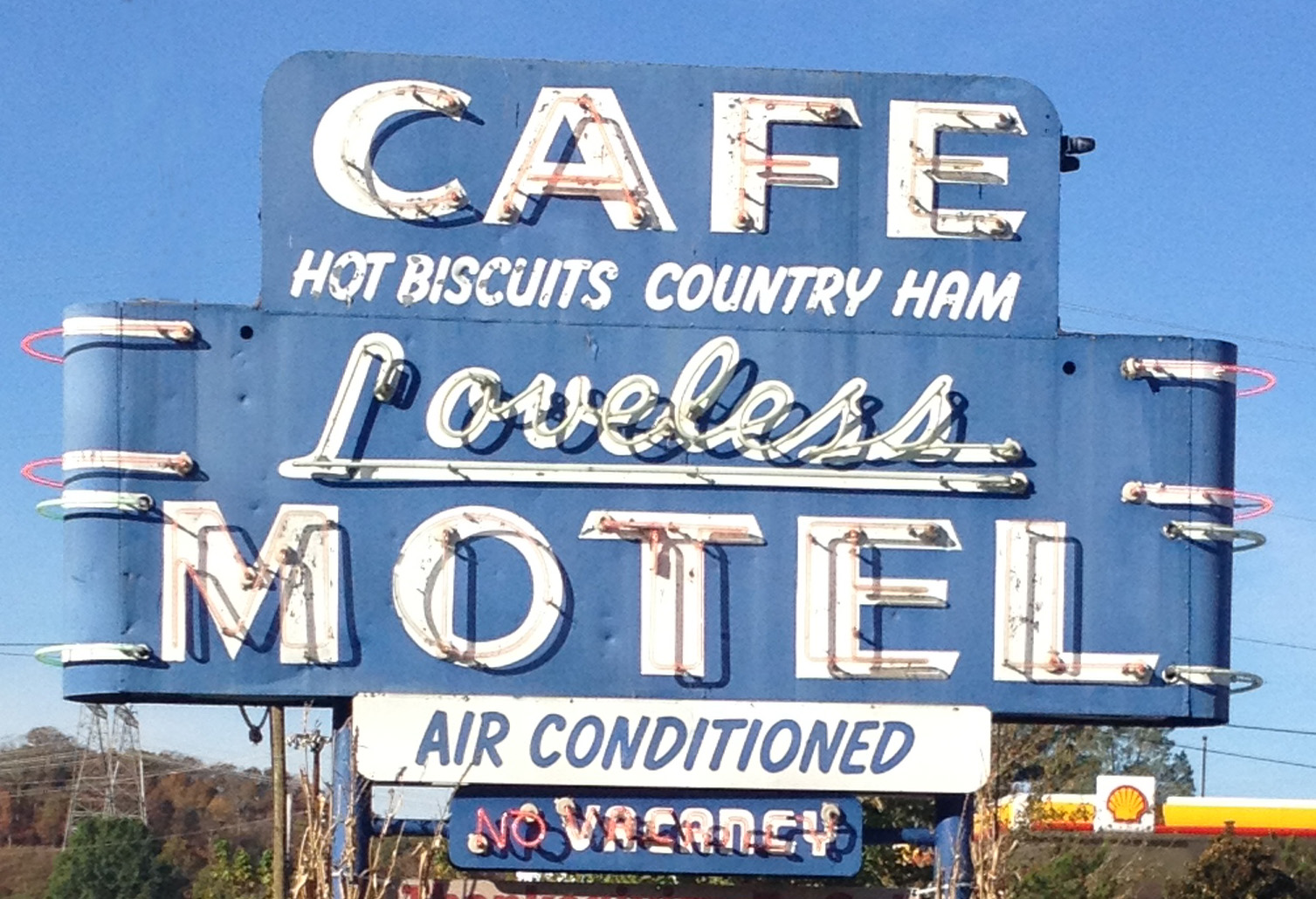 Loveless Café began as a hungry travelers’ oasis out of Lon and Annie Loveless’s home. Their biscuits became so popular among those journeying from Nashville to Memphis that the couple was eventually able to open the Loveless Motel & Café—setting them up for national success. In 2004, some Nashville natives worked together to renovate and update the old property. Since reopening, the Loveless Café has continued to fill the bellies and hearts of visitors and locals alike. With the tagline “Home is where the biscuits are,” you know it has to be good! 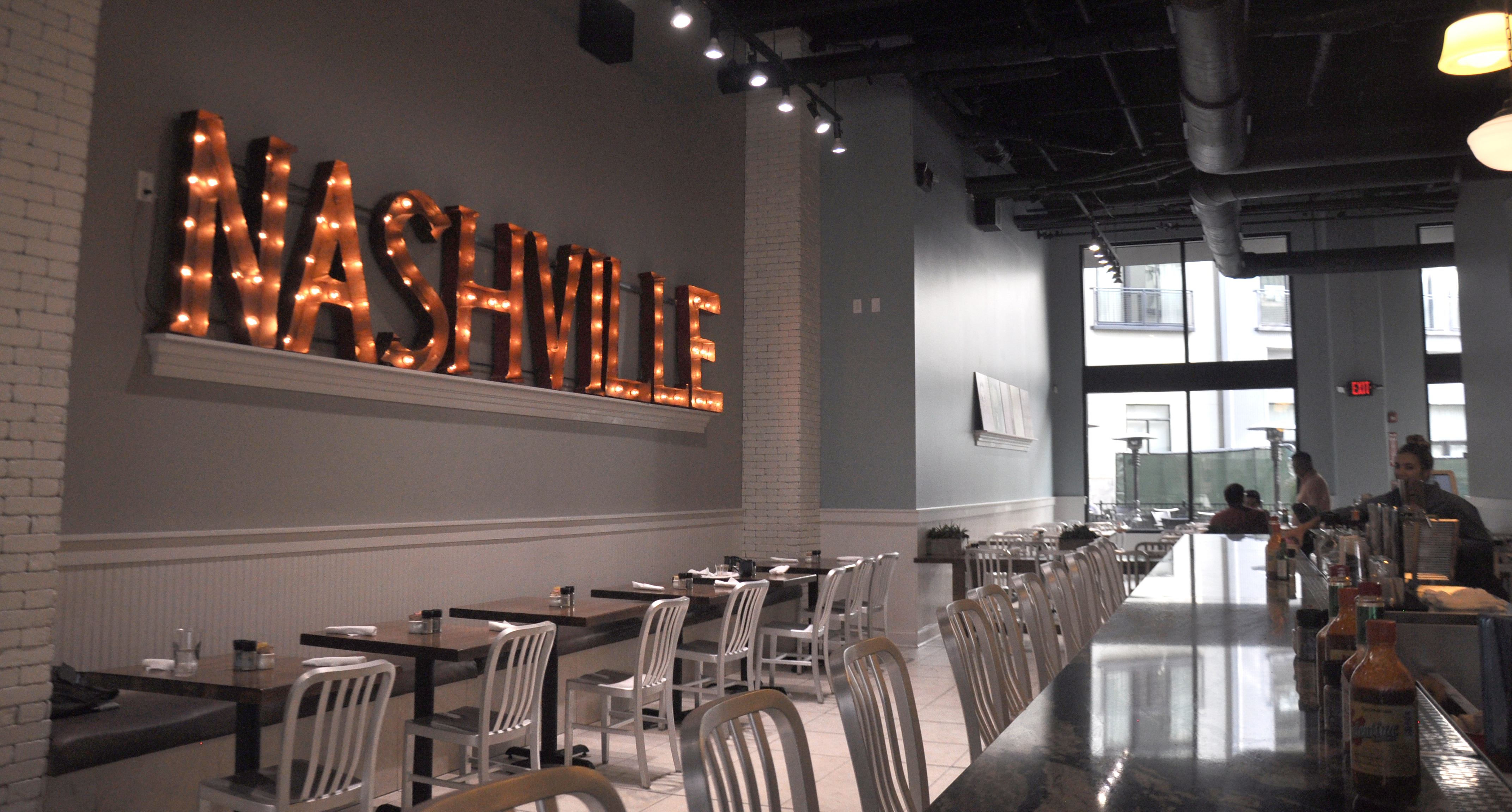 One word: BONUTS. Establishing itself in the Gulch in 2015 after first operating as a food truck since 2012, Biscuit Love is famous in Nashville for their massive biscuits, thick cut bacon, and most importantly, fried biscuit dough. A “bonut” is fried biscuit dough dolloped with lemon mascarpone and topped with blueberry compote. You can also get these same toppings on biscuit French toast. Prepare to have your life changed. Get there early for a short wait, or be prepared to wait in a line before ordering. We promise—it’s worth it.

The Country Music Hall of Fame might sound like your typical tourist stop, but its interactive and frequently rotating exhibits make it an experience that is fun for everyone, even Nashville natives. Take a self-guided (with the option for an audio add-on) tour and spend as much time as you’d like at your favorite exhibits. Many of the museums displays are hands-on or photo-op friendly, so it is a place that kids of all ages will enjoy. The impressive and beautiful Hall of Fame is a must-see for all country music fans. 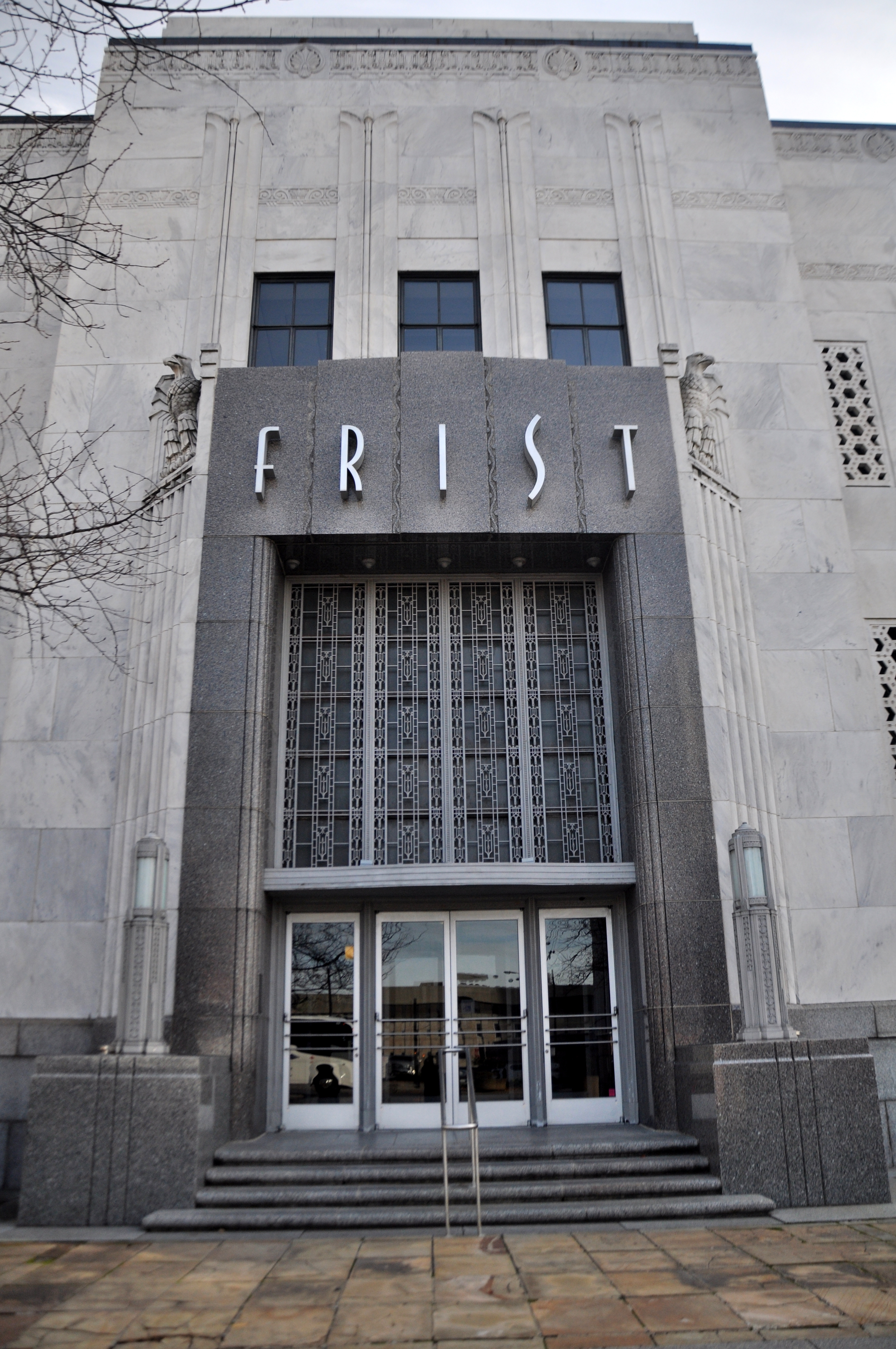 Reminding all of us that there is more to Nashville than its music, the Frist Center has been called the “magnet for Nashville’s rapidly expanding visual arts scene.” The museum first opened in 2001 and since then, has become a favorite indoor activity in the city—particularly on a hot, summer day. The Martin ArtQuest Gallery was designed specifically for kids as a way to engage them with art, so the museum is family-friendly. You will also find a café on site (with dinner offered on Thursday and Friday evenings) as well as a gift shop which could be the perfect place to pick up some Nashville souvenirs. 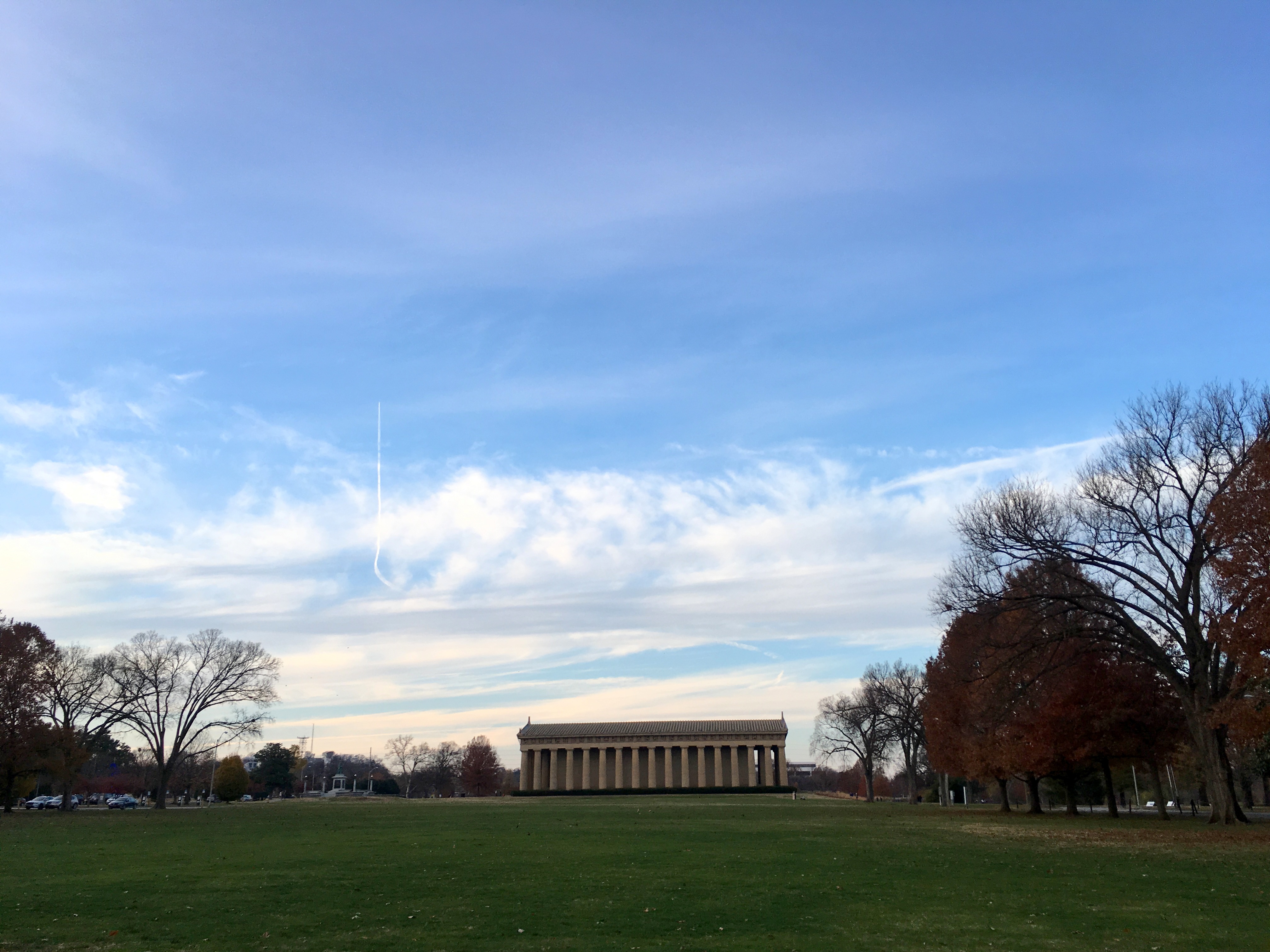 If you attended Vanderbilt, you most likely have many memories of fall and spring afternoons spent in the nearby Centennial Park. The Parthenon replica was built in 1897 for the Tennessee Centennial and International Exposition, along with the still-standing band-shell that hosts Shakespeare in the Park. Today, the park is a popular hangout for Vanderbilt students, downtown professionals, and families. Various festivals and events take place at the park throughout the year including Musicians Corner (most Saturdays in May, June, August, and September). Pro-tip: Centennial Park offers free Wifi. 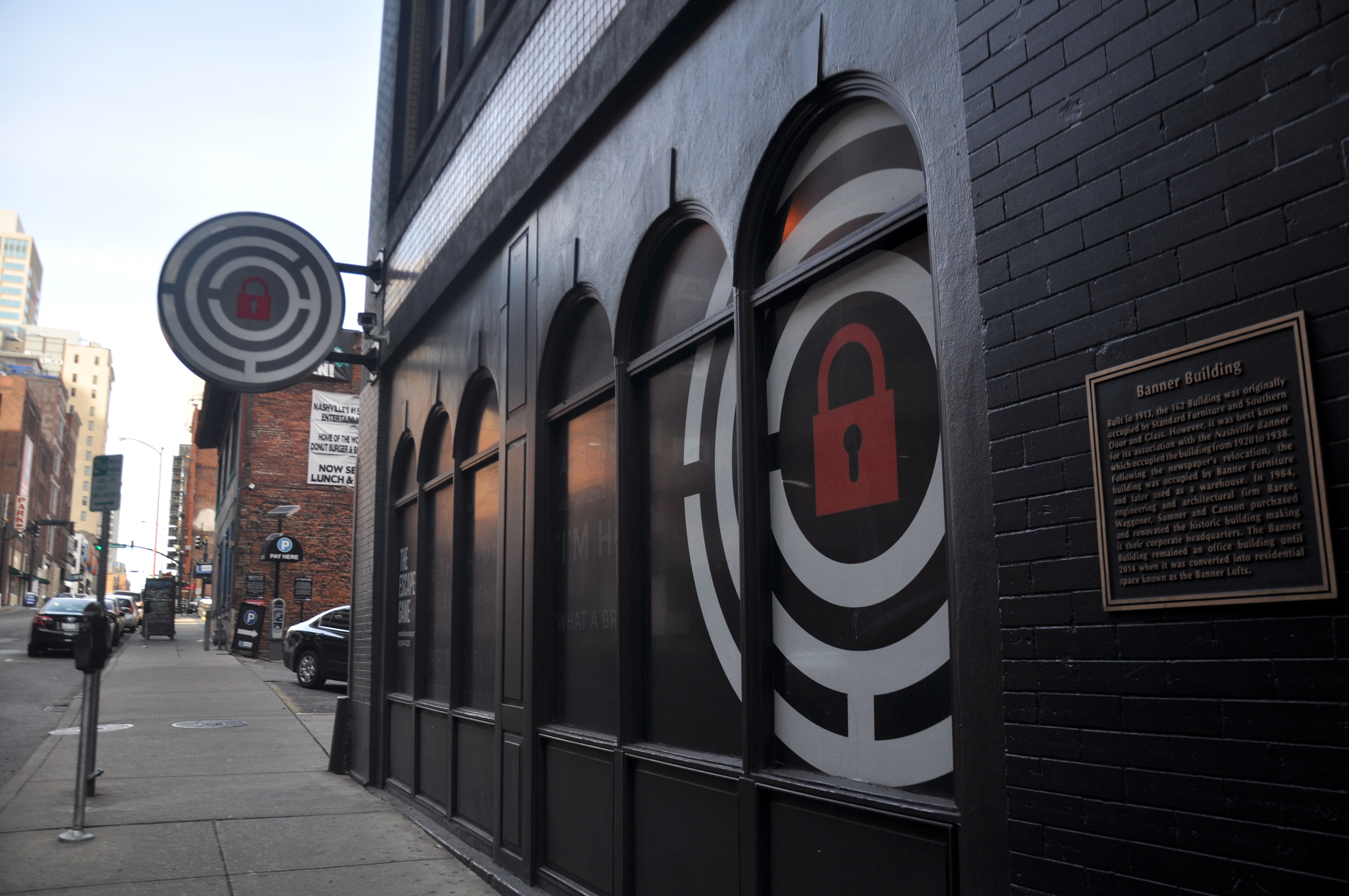 Visit the attraction that’s sweeping the nation and has people racing against the clock. At the Escape Game – Nashville, you and a group of friends (or strangers) can choose a room, then spend an hour or less trying to escape through solving riddles, cracking codes, and putting together puzzles. It’s a great way to reconnect with your former lab mates or bond with your old friends. There are two locations: one right off of Broadway on 3rd street, or one on East Iris Drive. Different locations have different rooms, so be sure to do your research! 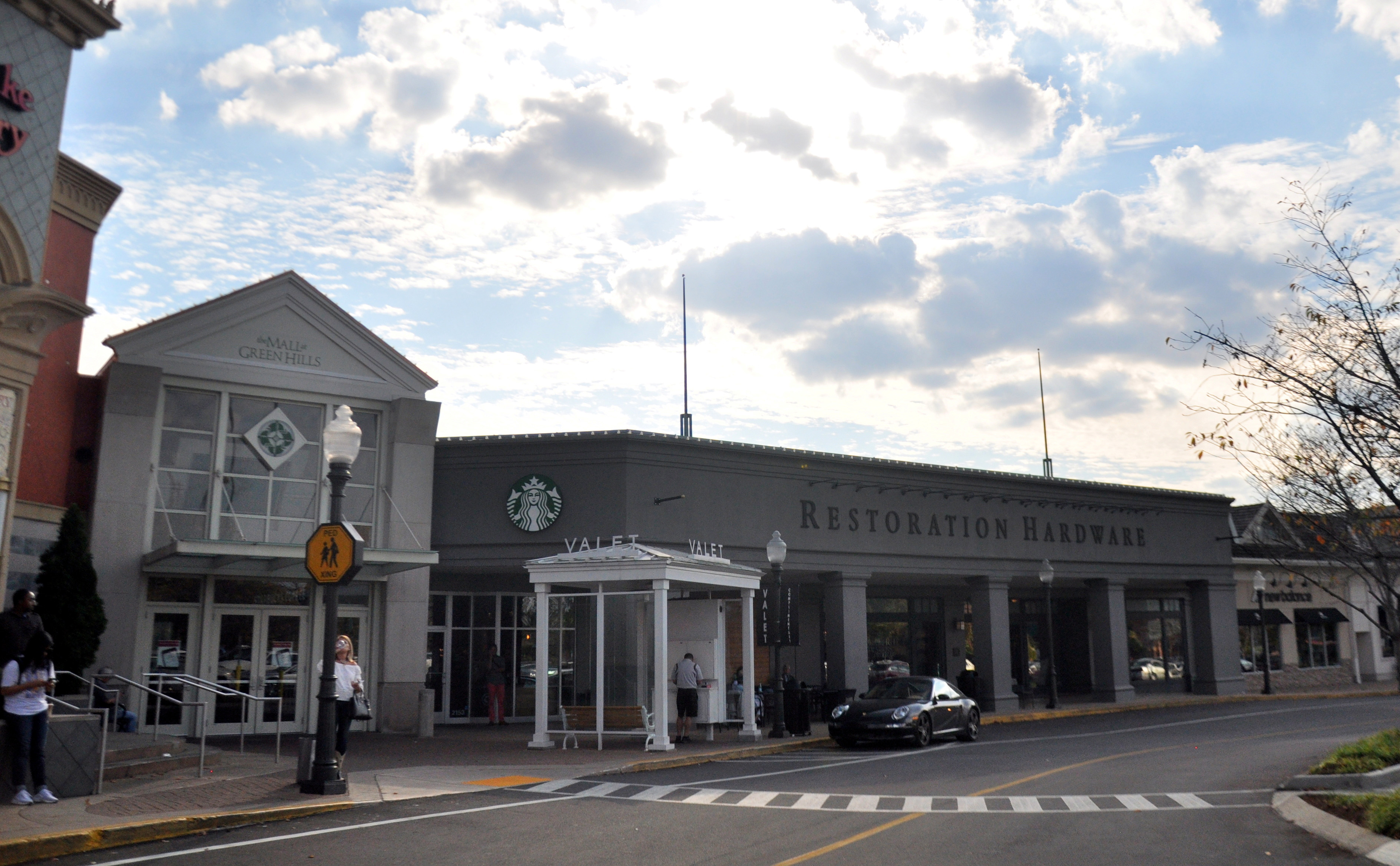 Although this mall has technically been around since 1955, its current large, indoor, department store-clad version looks unrecognizable to the open-air shopping center that was originally built. Today, shoppers will find a range of stores from Nordstrom to Tiffany & Co. to Banana Republic. In addition, The Mall at Green Hills features a couple of fine dining restaurants, several casual dining spots, and a number of fast casual choices including Starbucks and the I Love Juice bar. Free parking is available in a parking garage adjacent to the mall. 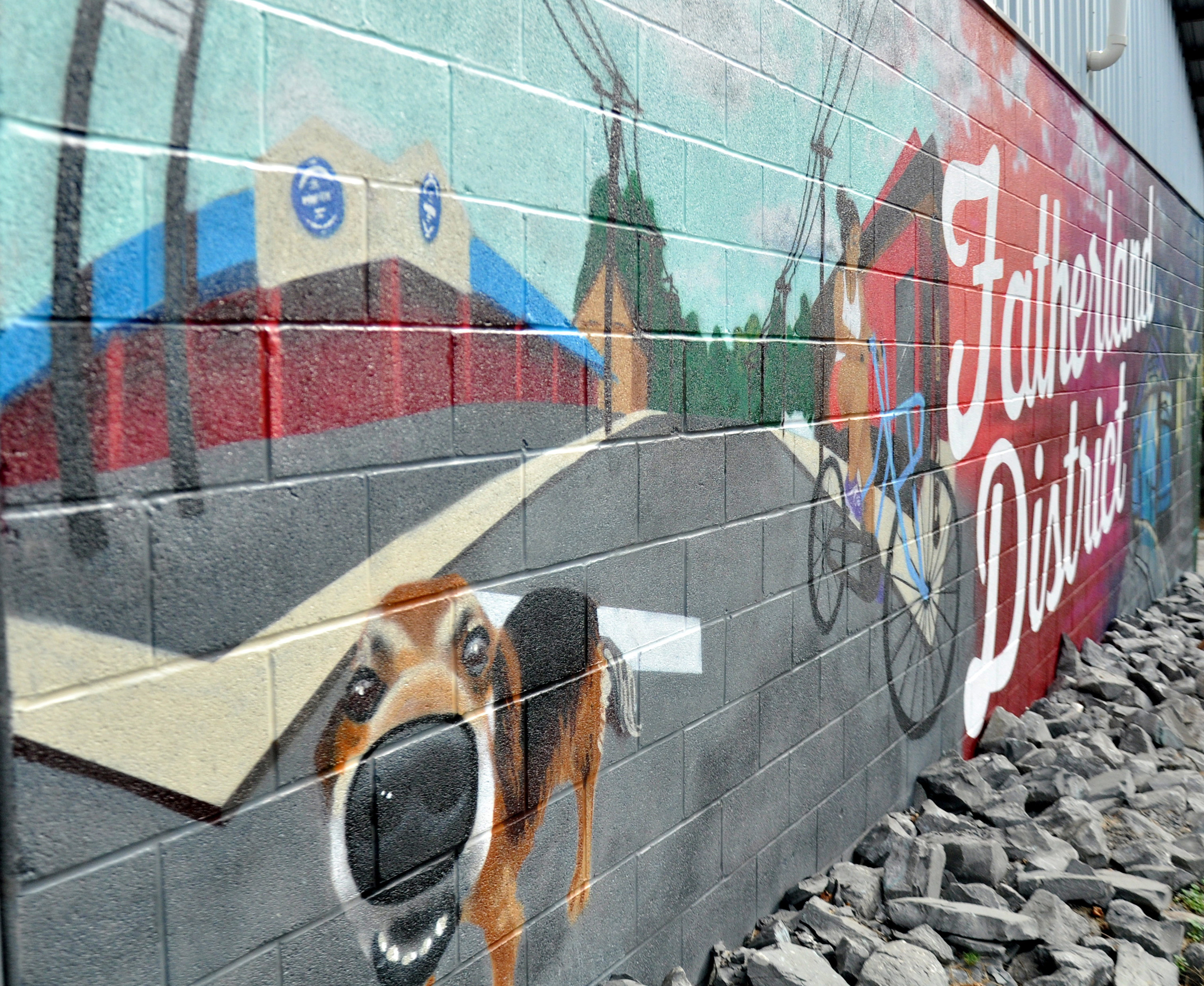 For a non-mall shopping experience, check out the Fatherland District, which includes the Shoppes at Fatherland, 1100 Fatherland, and the Fatherland Corner. In this East Nashville start-up community, you can truly find something for everyone: the book lover (Her Bookshop), the whiskey connoisseur (Whiskey Water), the Nashville enthusiast (Project 615), the sustainability guru (Thrive), and even the family pet (Baxter Bailey). Be sure to check out some of the local eateries too, including Far East Nashville and the Frothy Monkey BAKERY. Parking is free in nearby lots and on the street. 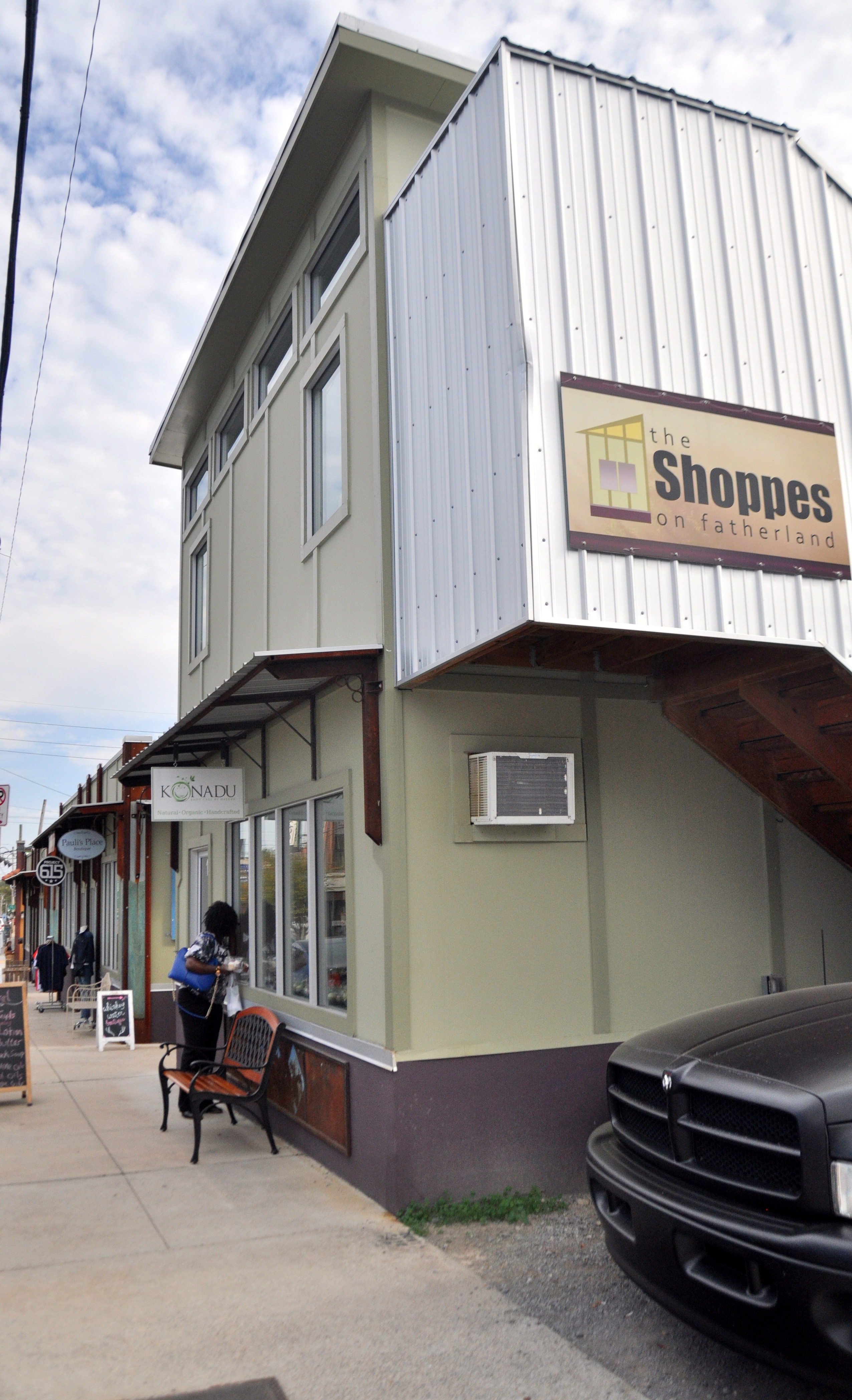 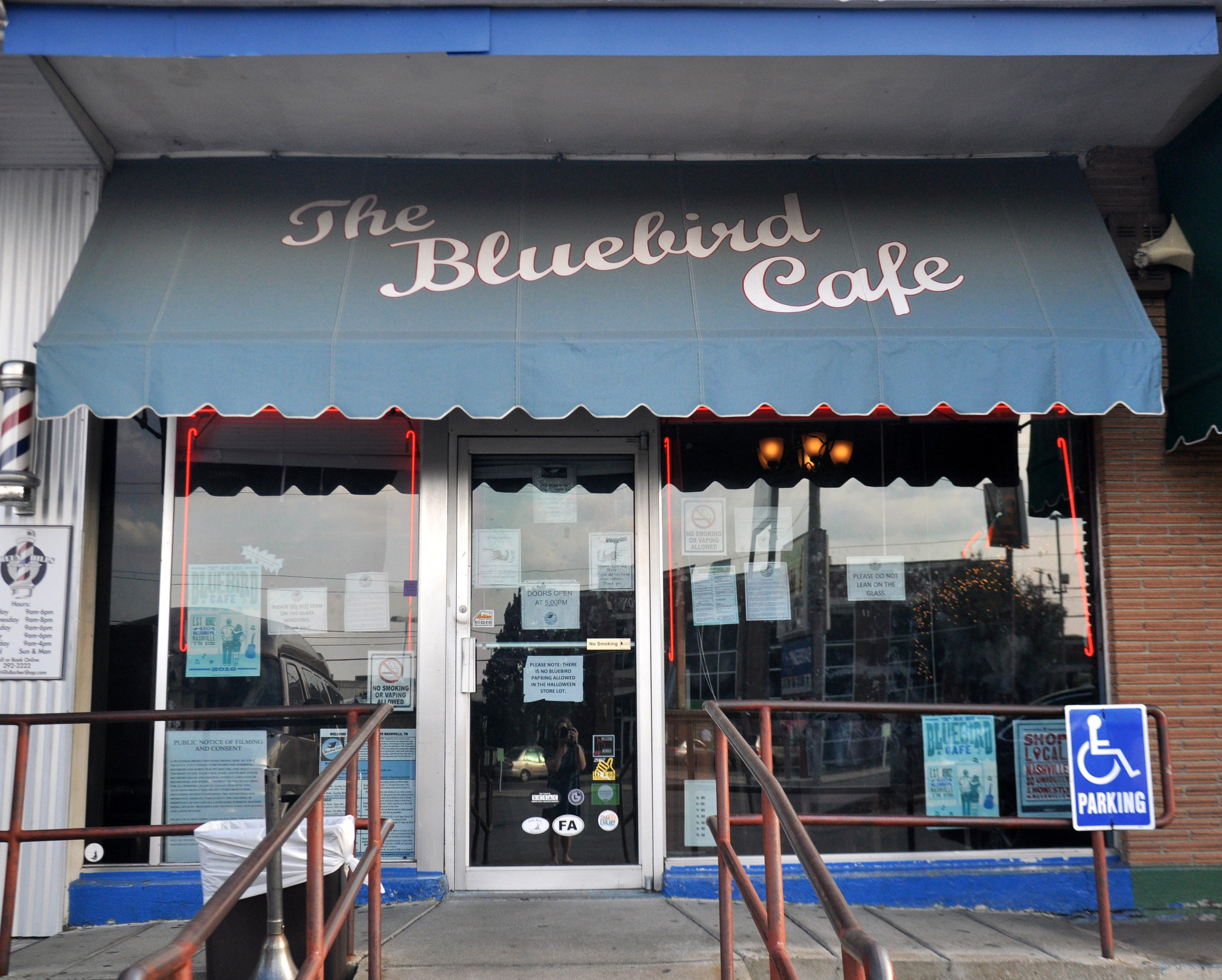 The Bluebird Café is a Nashville icon. You simply cannot miss it when you are here for a visit. Known as “one of the world’s preeminent listening rooms,” The Bluebird Café is the room where Kathy Mattea, Garth Brooks, and Taylor Swift were discovered. Part of the magic is getting to hear the “heroes behind the hits,” or the songwriters behind popular songs sung by mainstream country artists. Keep in mind, the Bluebird is a small, intimate environment. We recommend visiting their website for more information on reserving tickets. 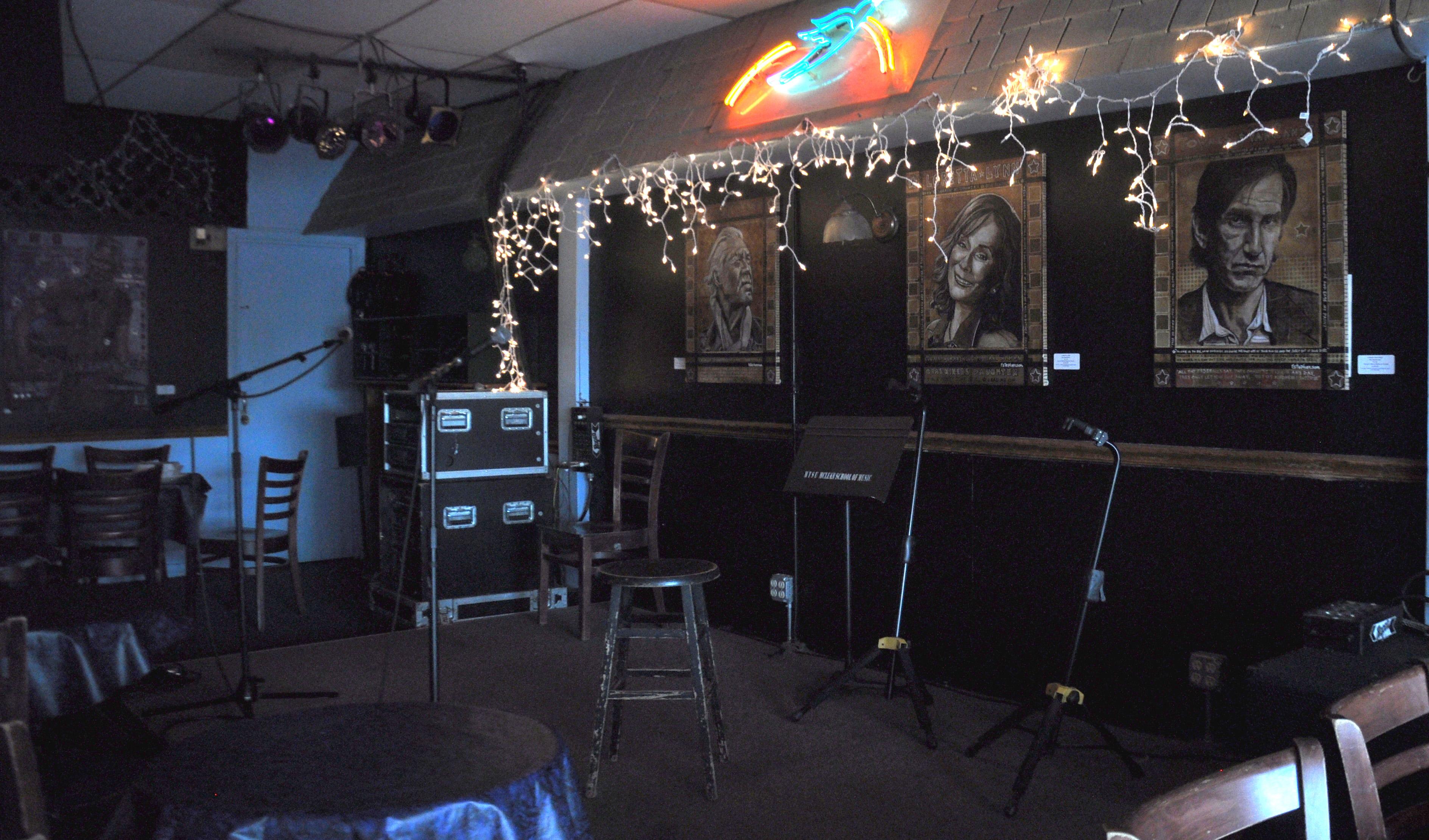 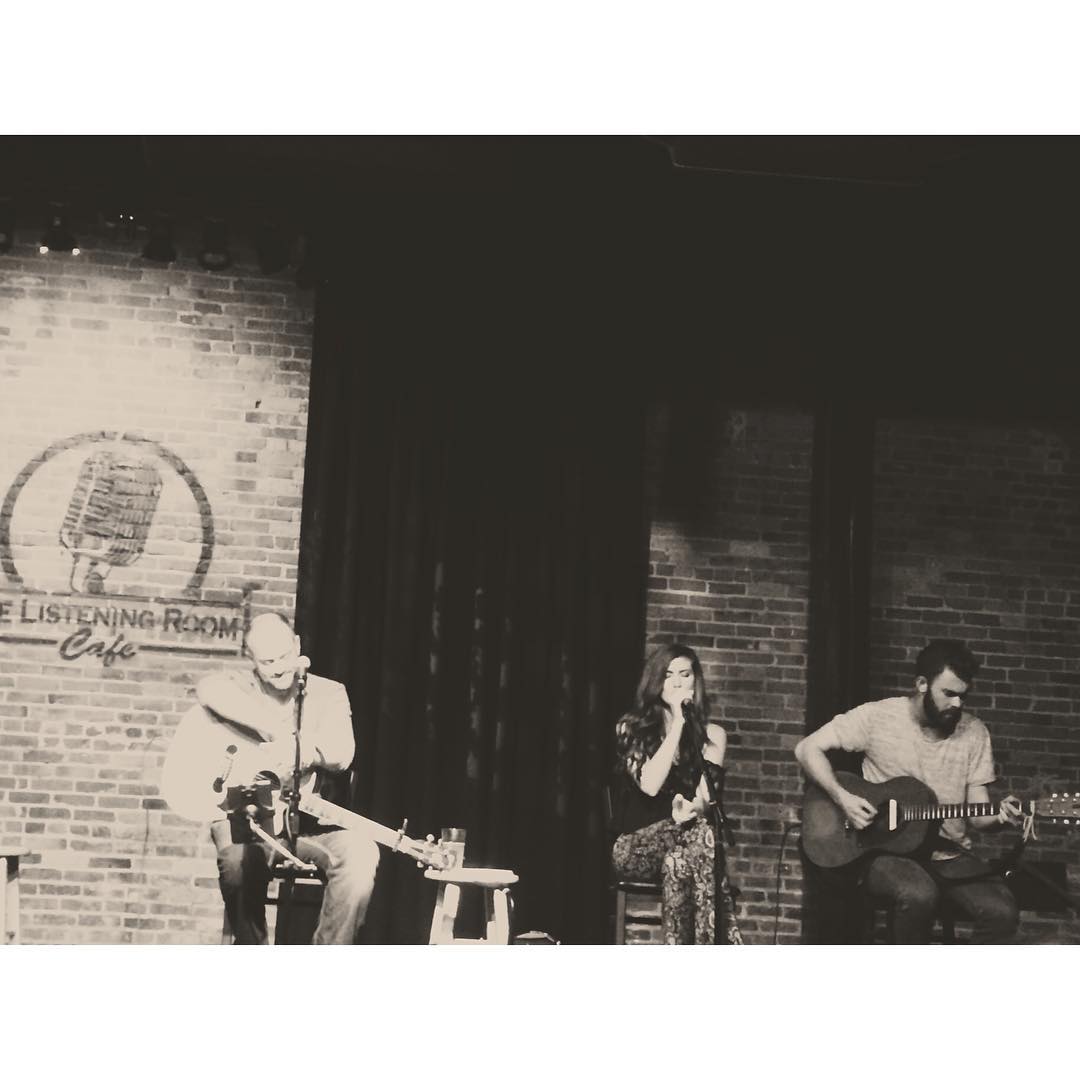 Originally, the Listening Room Café opened in Franklin, TN (south of Nashville) in 2006 because a singer/songwriter “couldn’t find a place that he felt had the sound and atmosphere that Nashville artists deserved.” Eventually, locals started calling it “the Bluebird Café outside of Nashville.” In 2008, the songwriters’ stage and restaurant moved to Cummins Station and then relocated again to its current spot in 2013. The Listening Room features songwriters every night of the week and boast an impressive (and delicious) café menu. Tickets/reservations are required (although can be purchased at the door) and there is a $7 food minimum required. They are also able to accommodate larger groups. 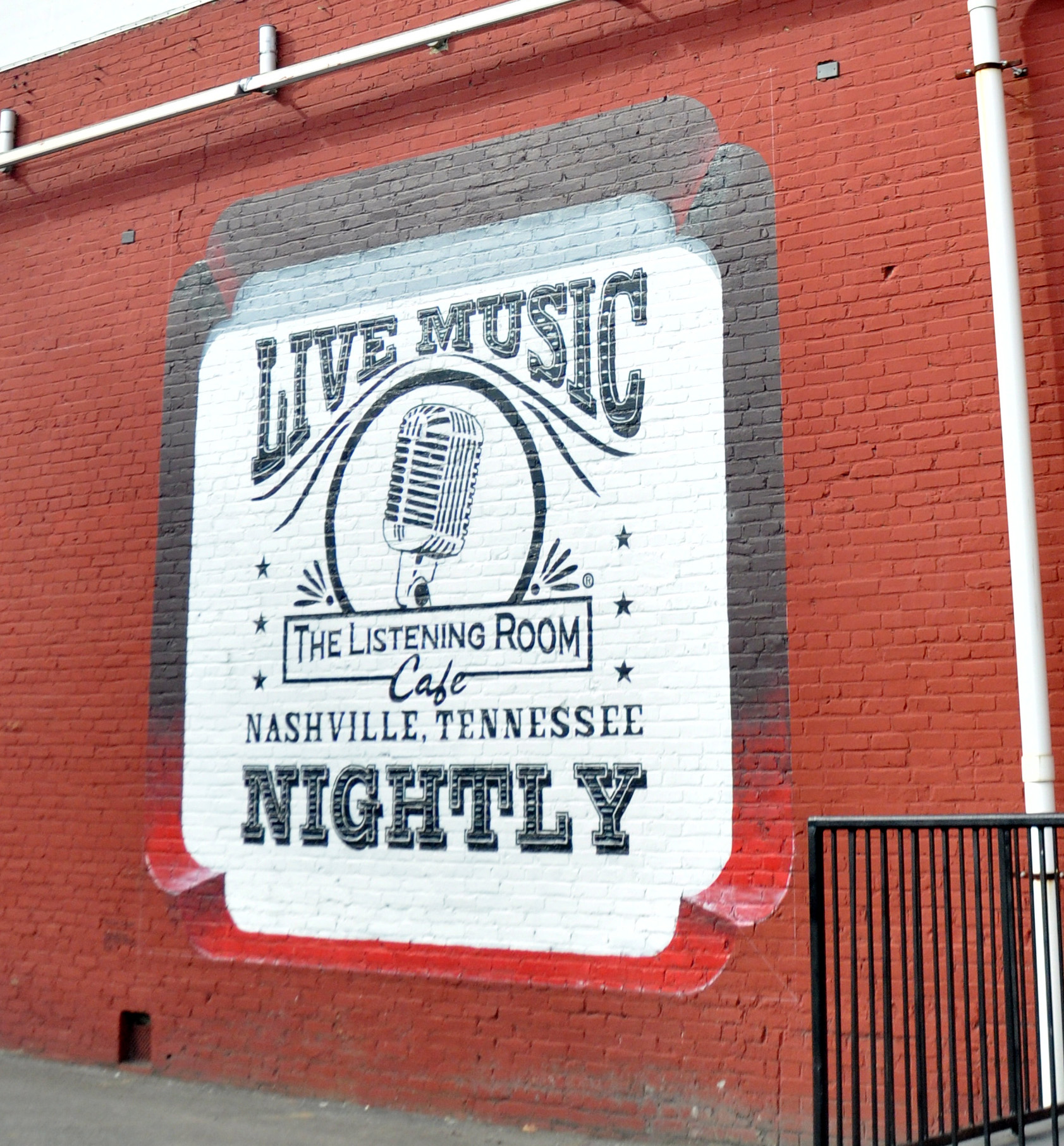 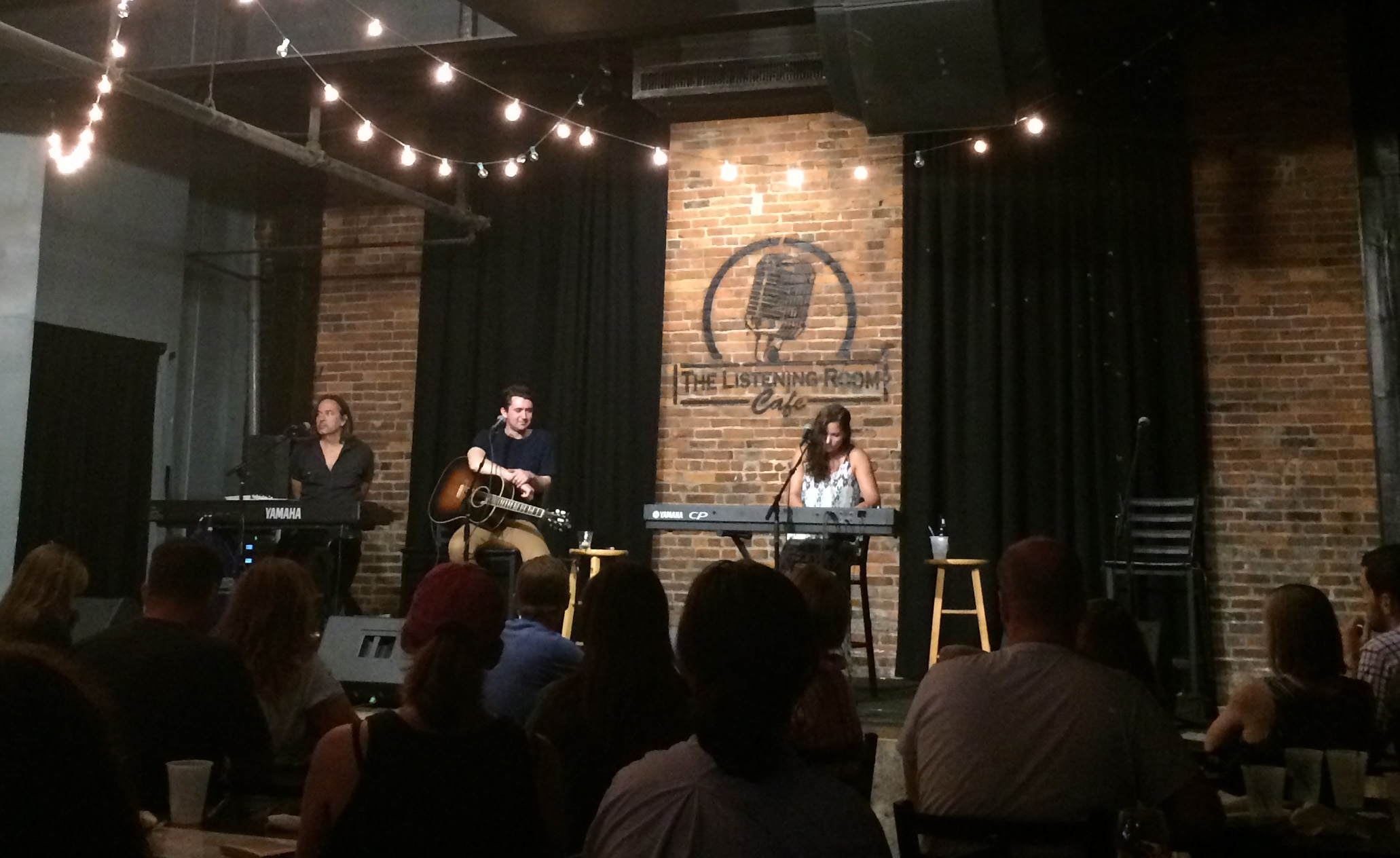 Blackstone is an iconic landmark on the drive from Broadway to Vanderbilt, and it’s been a part of the West End landscape since 1994. Blackstone’s brews range from porters to pale ales and also include creations from their “Black List,” which features beers that “are extremely experimental, unique, high gravity, or all of the above.” Stop by to see which Black Lister is available during your visit! 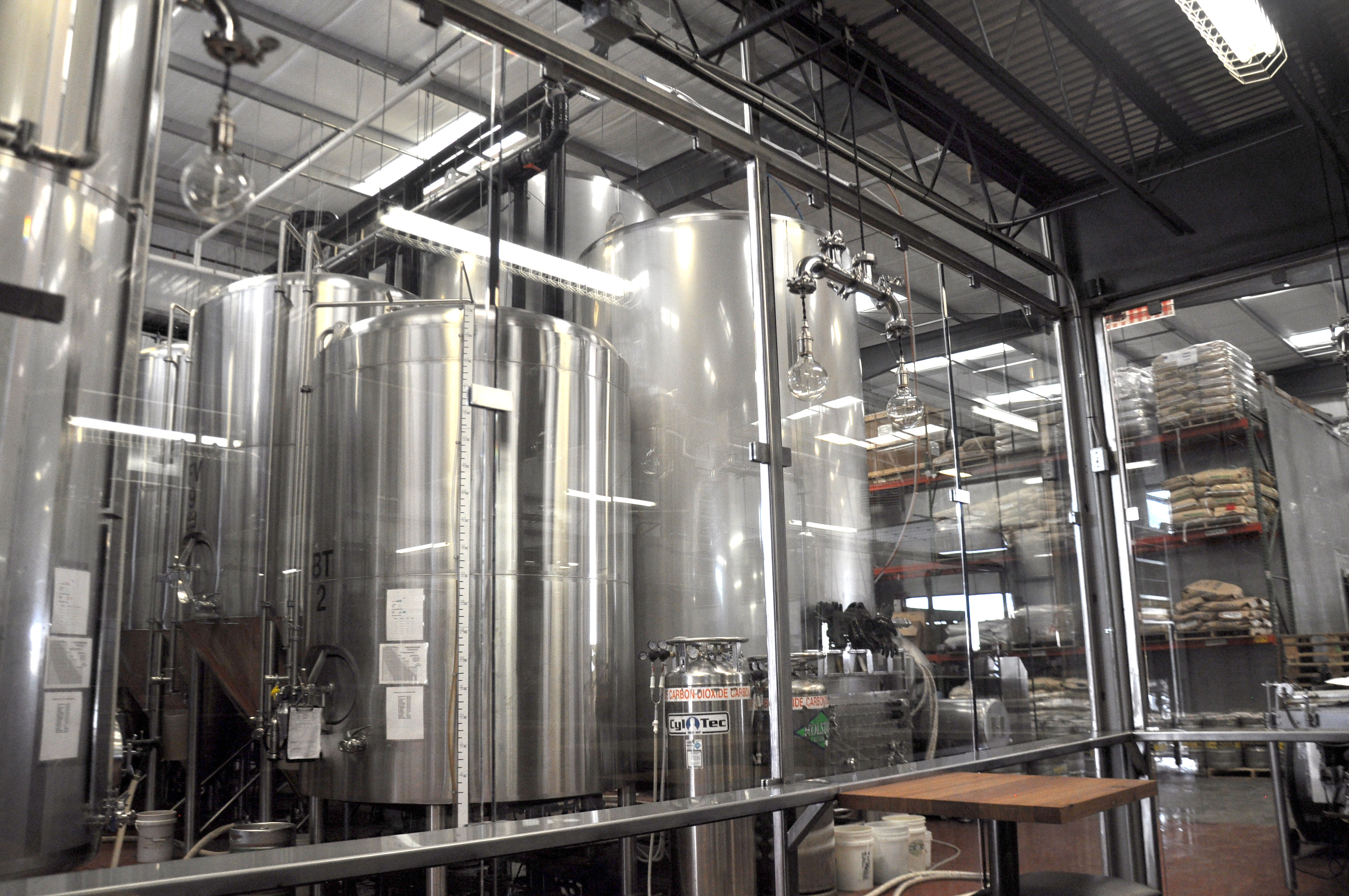 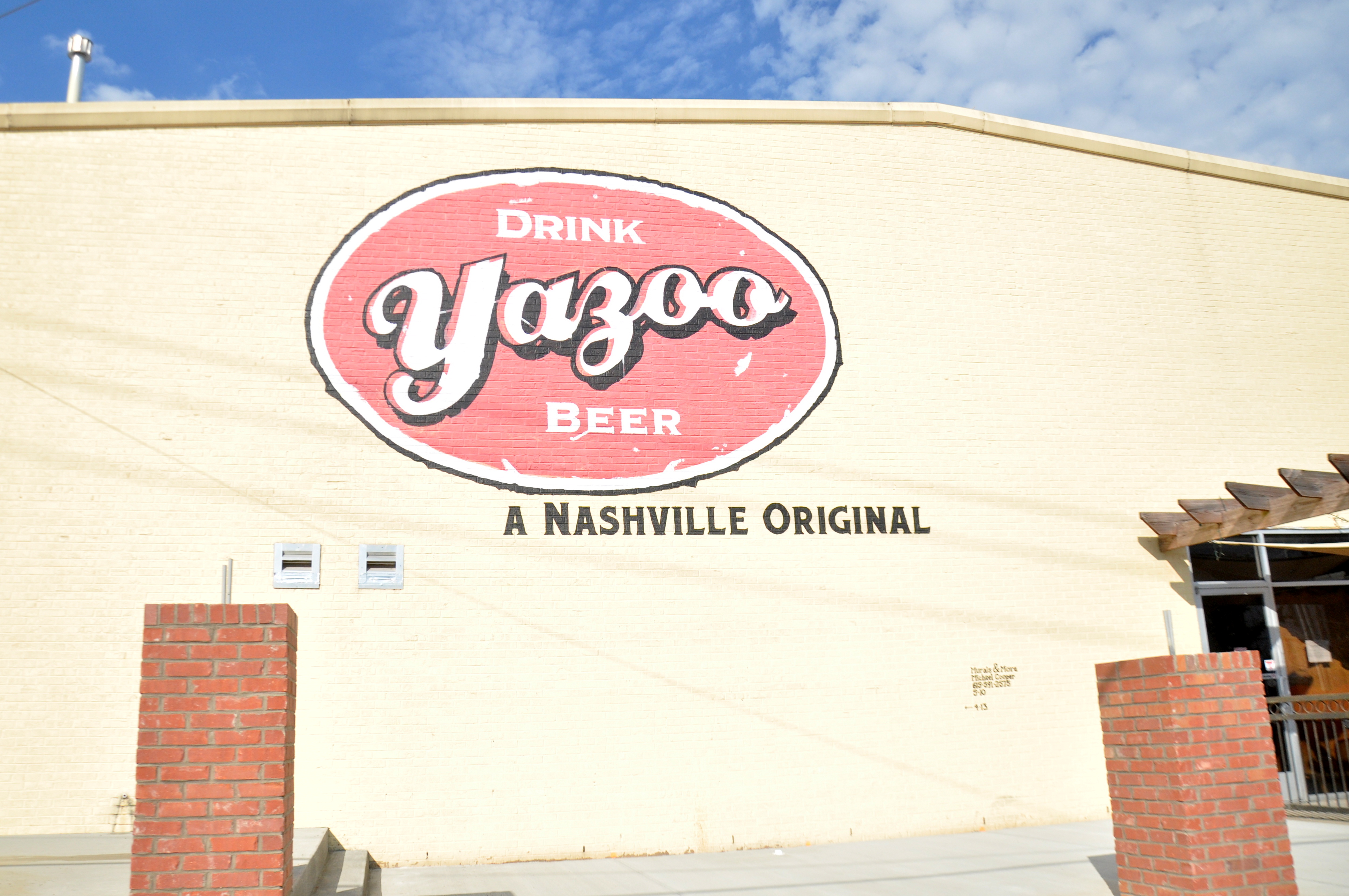 Yazoo came on the brewery scene in 2003 by selling their kegs to local bars and restaurants. In 2010, after opening a bigger space in the Gulch, Yazoo became one of several breweries in the downtown area. (If you time it right, you can visit three or four breweries without changing your parking spot!) Yazoo’s award winning “Hefeweizen” is a favorite among locals and can be found at various restaurants around Nashville. Their outdoor seating is perfect on a nice day, but there is plenty of room inside if the Nashville summer heat has you running toward the A/C. 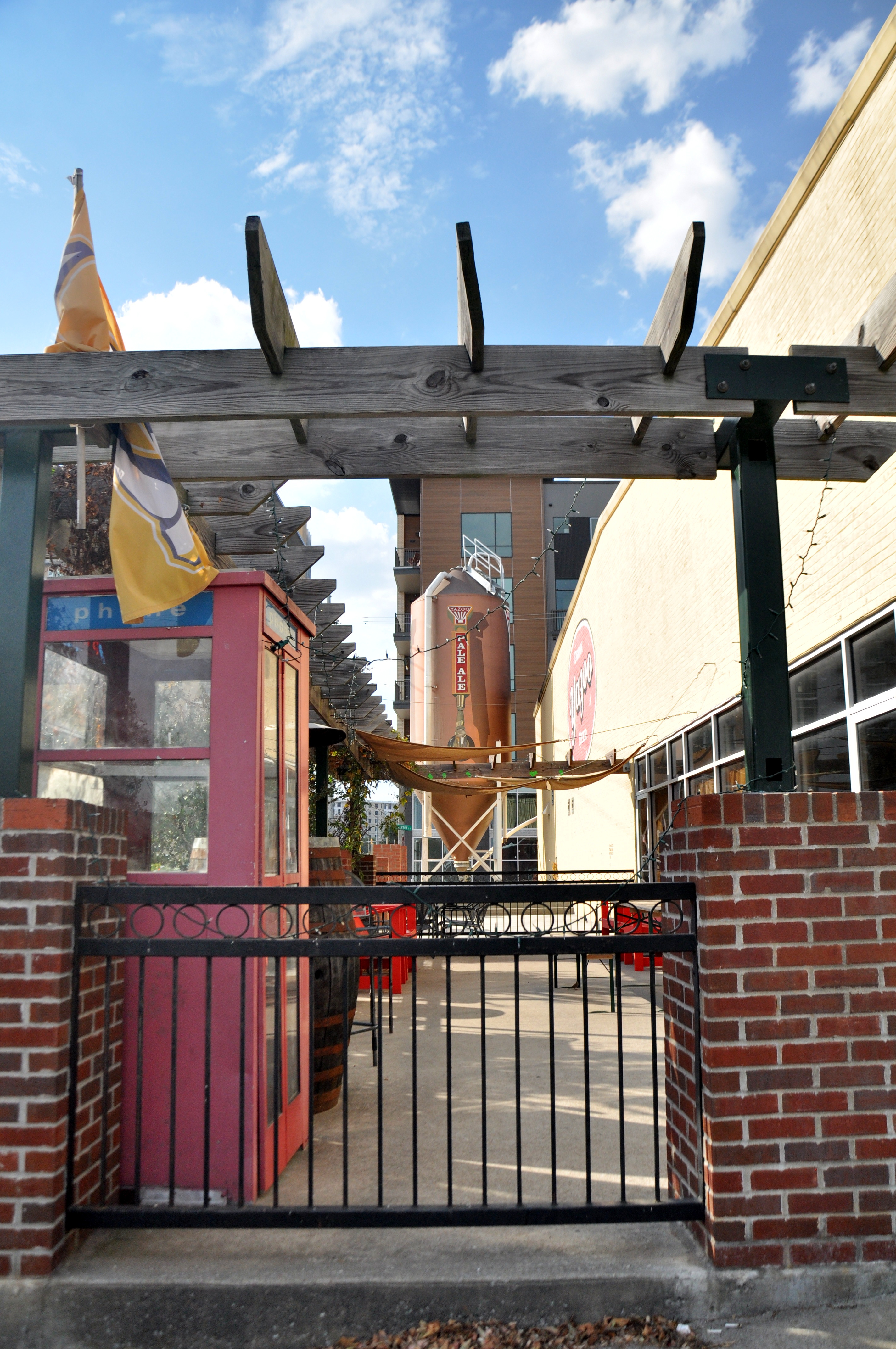 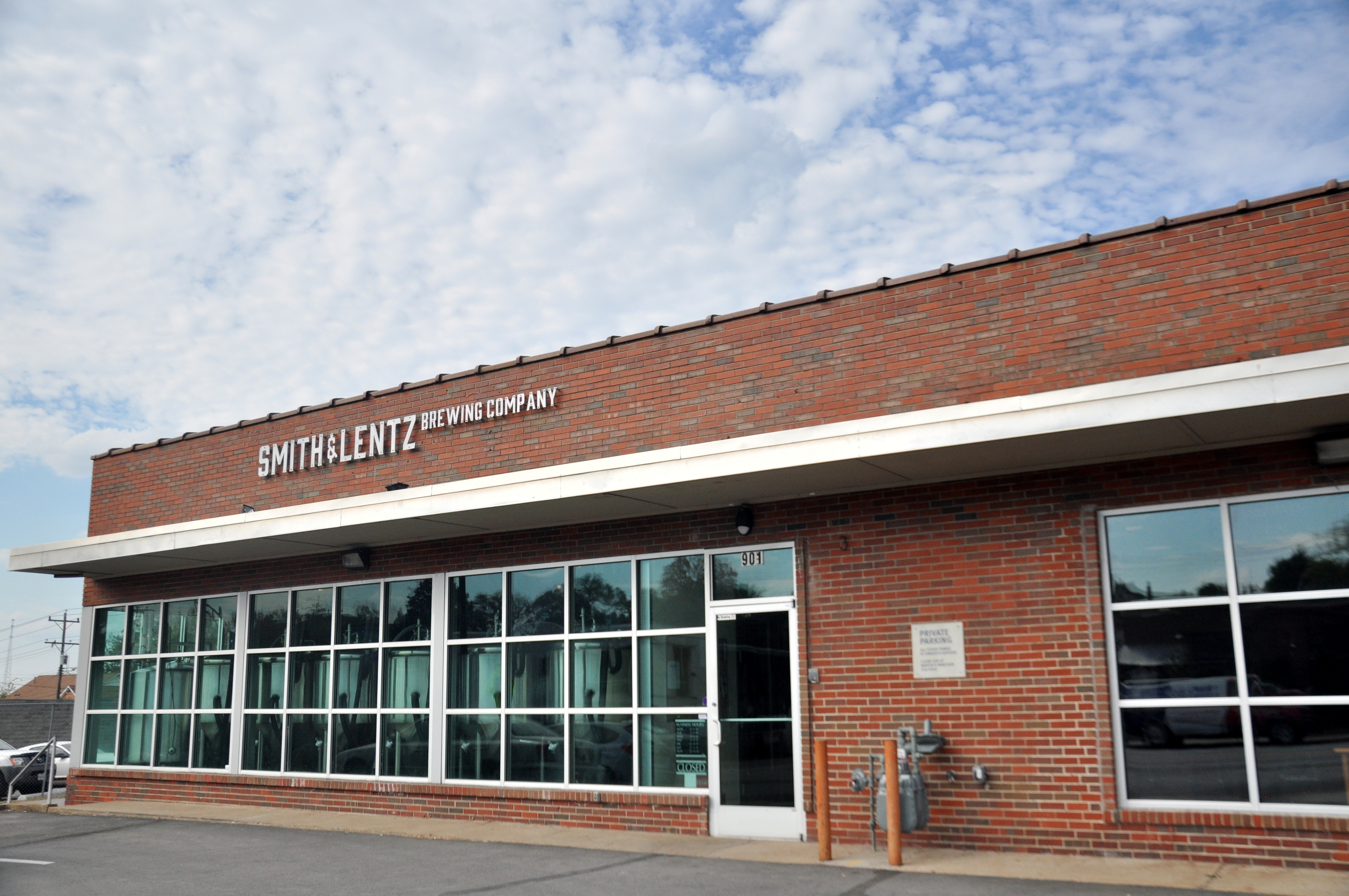 Smith & Lentz are two friends who are united in their passion to bring good beer to Nashville. Their new brewery opened last year in the fast-growing neighborhood of East Nashville and is located within walking distance of other local restaurants and bars. Along with their delicious drinks, their brewery also features ping pong tables, board games, and family-style seating. This is a great spot to bring a large group and not worry about everyone having a place to sit. 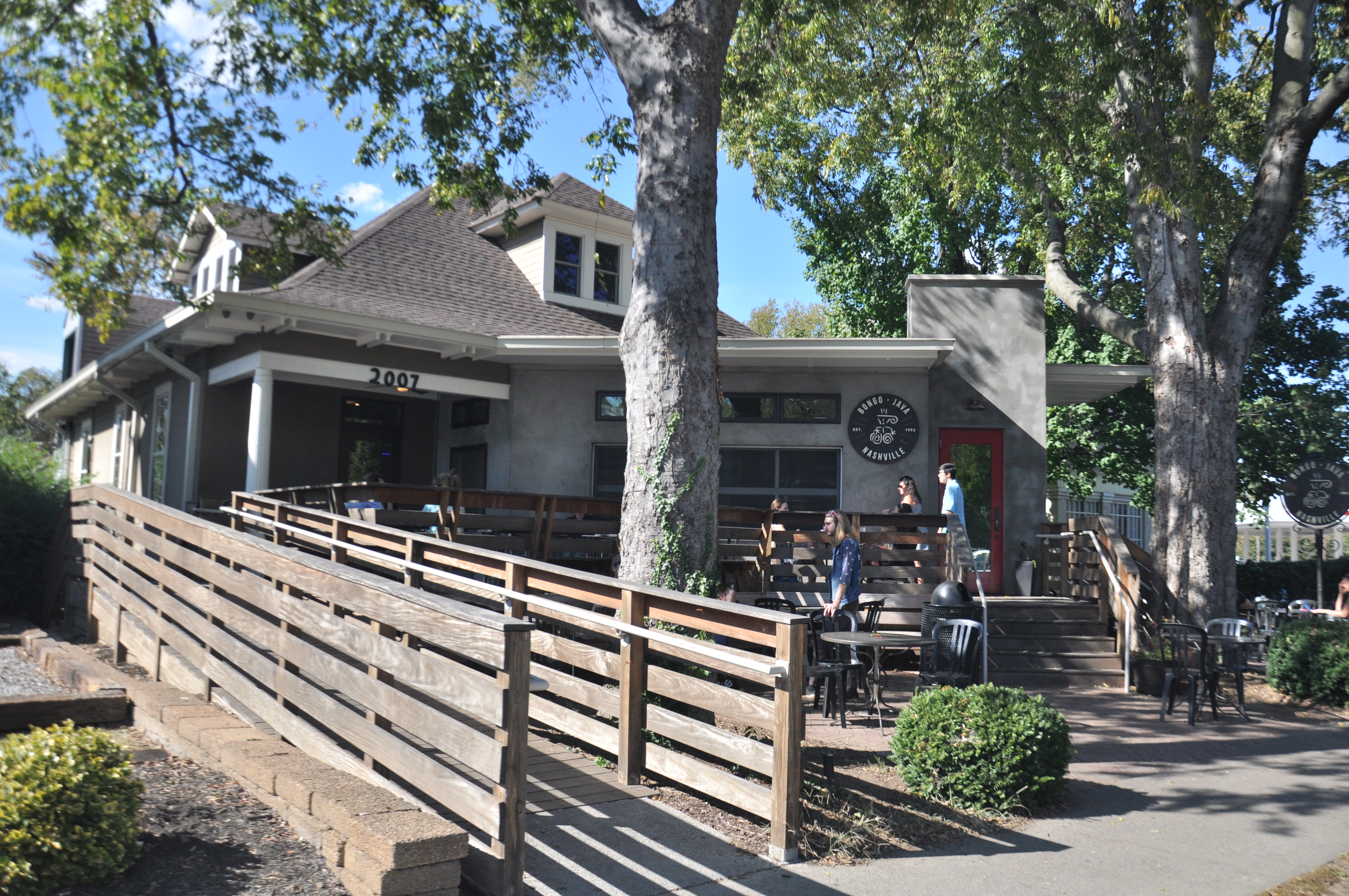 It claims itself as the “oldest coffeehouse in Nashville,” and Eater Nashville calls it the “‘granddaddy’ in the local coffee world,” so you know you will get something good here. Bongo roasts their own coffee and, over the years, has expanded their business to include a bakery, a café/deli, and a vegetarian restaurant. Their feature store is an iconic student hangout for Vanderbilt and Belmont alike, so be sure to visit if you’re feeling a bit nostalgic. 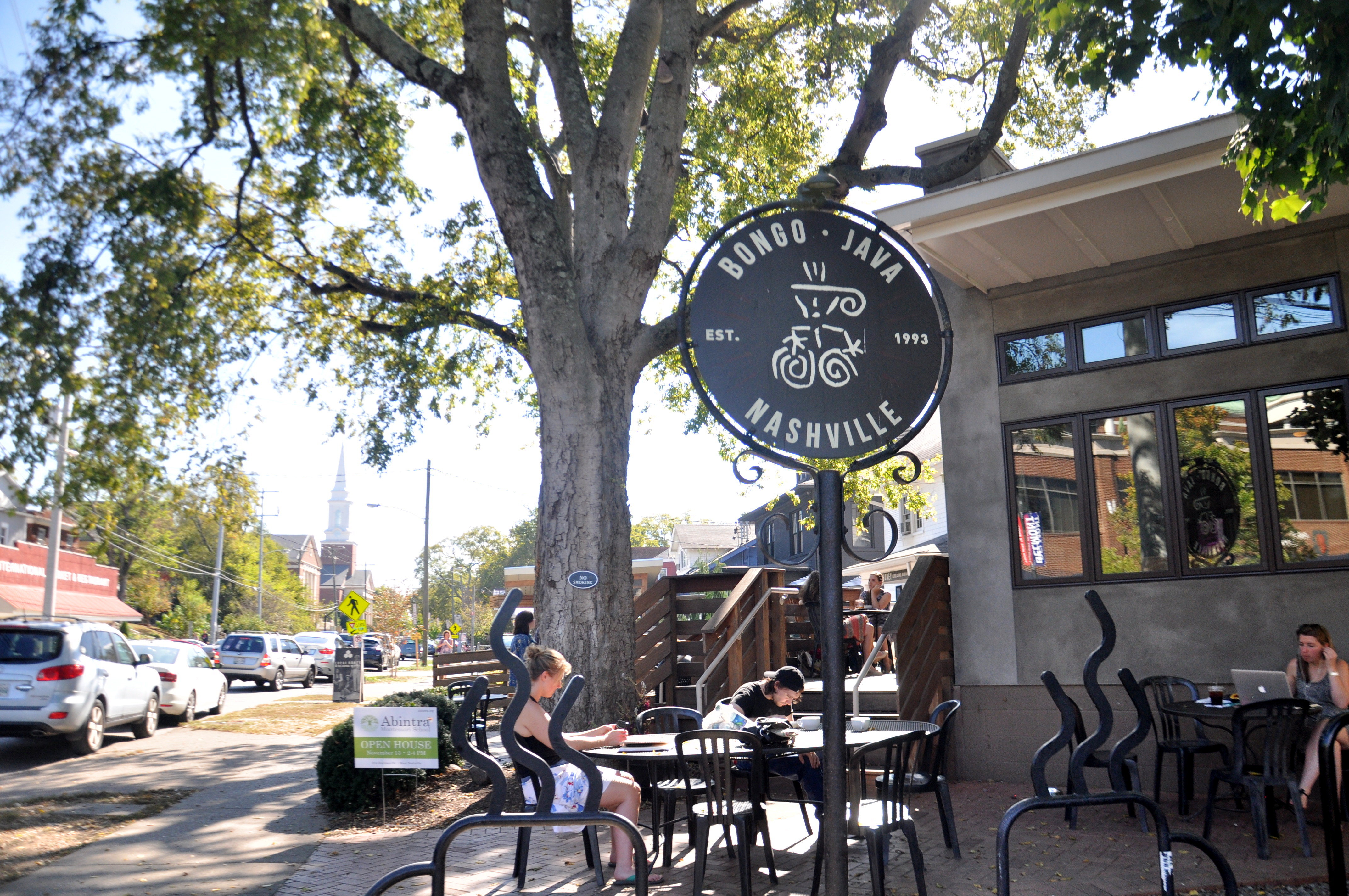 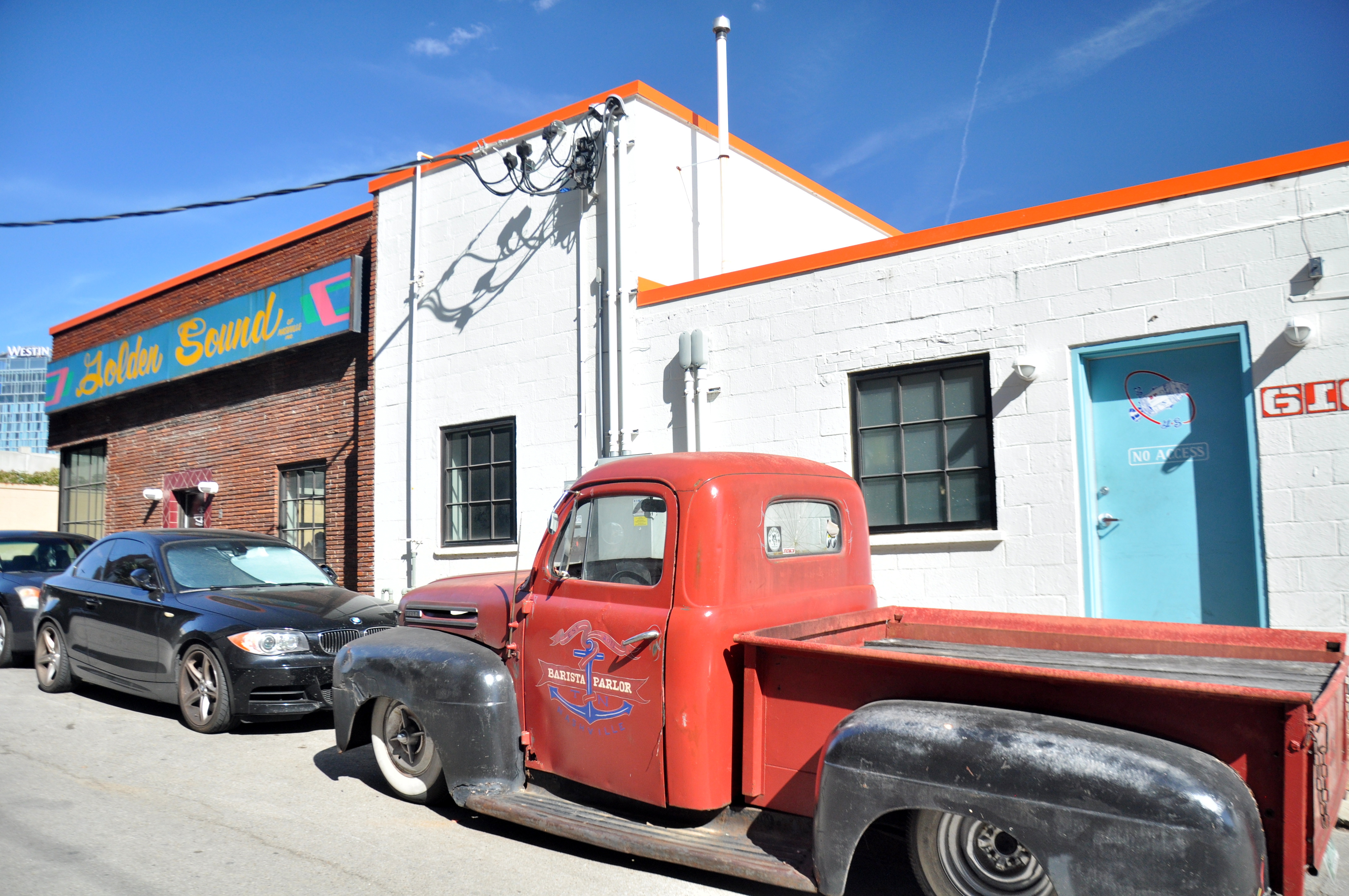 People in Kentucky come on day trips to Nashville just to go to Barista Parlor. It opened in 2011 and has taken the coffee scene by storm, with locations in East Nashville, the Gulch*, and Germantown. They pride themselves on working closely with local “artists, farms, businesses, and bakeries,” so you can feel good about contributing to the Nashville economy if you drink coffee here. Just be sure to Instagram your visit or it didn’t happen. 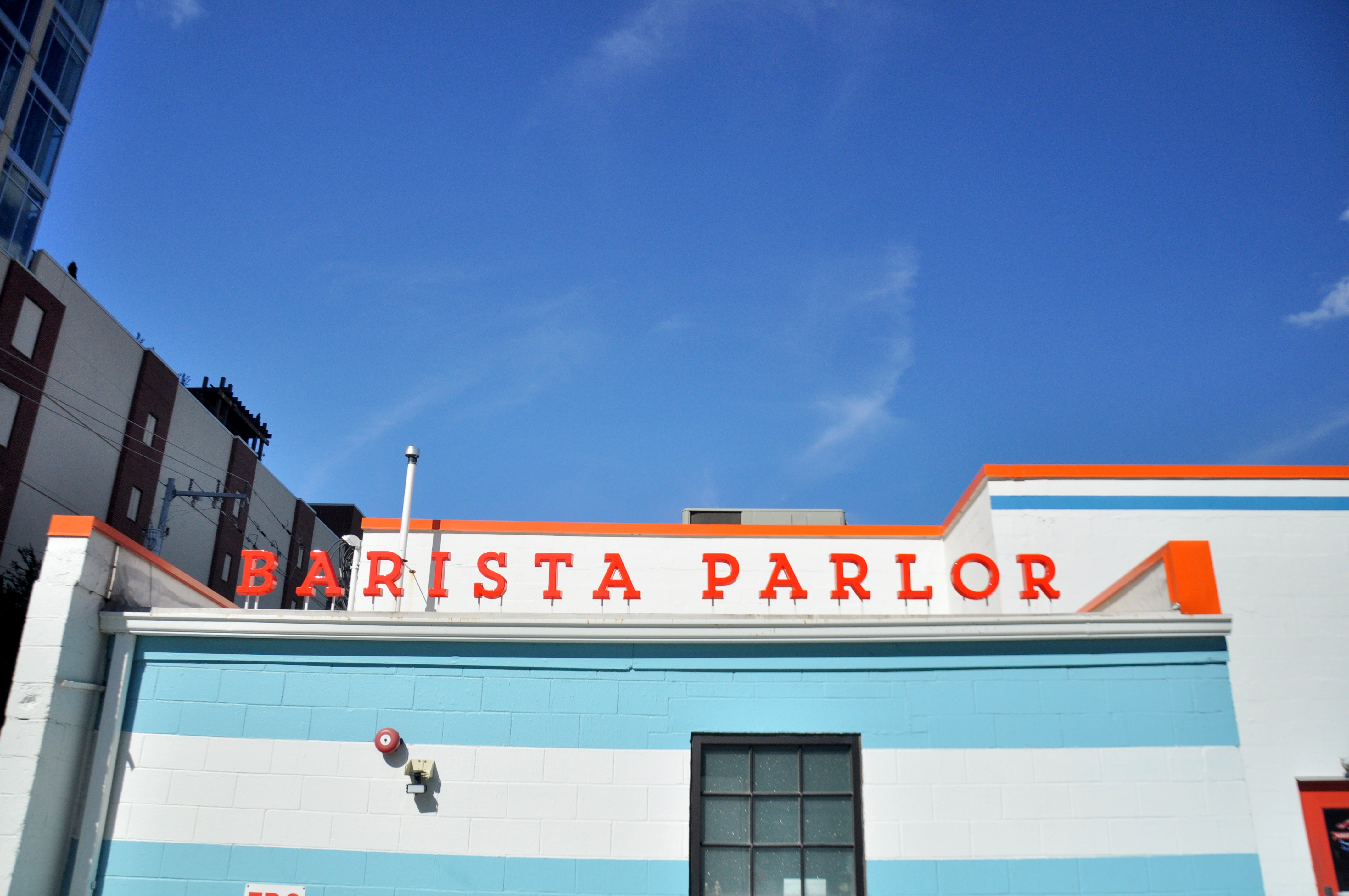 All photos taken by Leslie Reynolds.