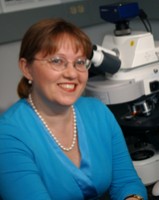 We have focused our investigation research oin three main areas:

(iii)Modeling of human variants for drug development and testing

The Knapik laboratory uses in vivo approaches in Our laboratory is interested in understanding mechanisms and pathways that direct neural crest stem cells, and mediate their differentiation into various derivatives. We Our main model system, zebrafish (Danio rerio) because this model system lends itselfis superbly suited for genetic and developmental analyseis by being because of abundant availability of transparent embryos developing outside the mother that are accessible for manipulation and direct live observation. We use genetic mutants induced by CRISPR genome editing or chemically induced random variants to assess developmental phenotypes, gene function and pathway interactions. This small fish can be used in a mutagenesis screen and its genome is amenable to efficient positional cloning of mutations and phenotypic analysis. In parallel, we use mammalian cells in culture and biochemical approaches to address our research interests.

(iI) use a particularly effective approach to dissect the complex processes of cell specification and differentiation namely a combination of embryological and genetic methods and ask how gene networks control cell behavior and cell fate.

The first steps en route to answer our research these questions, beginning with individual genes, is to develop and characterize mutations that produce specific neural crest phenotypes. , Using a forward genetic screens and mutational analysis, we have identified point mutations responsible for craniofacial malformations in zebrafish, and we are able to use these established mutant zebrafish lines to examine how defects in the cellular secretory pathway affects chondrocyte cell shape and extracellular matrix deposition. Disruptions in the synthesis, processing or secretion of extracellular matrix (ECM) extracellular matrix macromolecules are associated with human diseases, including osteogenesis imperfectaimperfecta (OI), multiple epiphyseal dysplasia, joint dislocations, cranio-lenticulo-sutural dysplasia, and congenital disorders of glycosylation (CDG). Our laboratory is able to adequatelyhas successfully modeled these human diseases in zebrafish and contributed to understanding of basic in order to better basic developmental mechanisms and cellular pathways that direct skeletal development and homeostasisECM traffic and deposition. Using phenotype-driven forward genetic screens and positional cloning, we have identified point mutations responsible for skeletal malformations in zebrafish,; and currently, we are working to show how defects in the secretory pathway affect skeletal biology, chondrocyte cell shape and ECM deposition.

(IIii) Additionally, Concurrently, we are investigating modeling other human diseases, including developmentalMendelian diseasedisorders such as cChylomicron rRetention dDisease and zZinc tTransporter deficits, as well as  and comorbidities associated with complex neuropsychiatric disordersdiseases (ASD, MDD, SCZ, BD, ADHD, OCD), such as skeletal dysmorphology, seizures and gastrointestinal disturbances in zebrafish. In collaboration with the Vanderbilt Genetics DepartmentInstitute (VGI) investigators,, we examine effects of genetic variation, identified by statistical genetic methods patient data stored in BioVU, on gene function and resulting phenotypic spectrum. , Vanderbilt’s collection of de-identified DNA samples, to identify potential gene candidates associated with a human disease. Using CRISPR/Cas9 genome editing,, we are currently producinggenerating zebrafish mutantknockout and transgenic lines that are evaluated by in vivo and ex vivo methods for discovery of primary genetic mechanisms underlying the pathophysiology of these diseases. with single nucleotide polymorphisms (SNPs) on genes identified through BioVU. Our goal is to use genetic editing and mutational analysis to better understand the pathophysiology of human disease that have alluded scientists and clinicians for years. Moreover, we are able to use the skeletal biology of zebrafish in combination with SNP modeling to investigate comorbidities that are associated with neuropsychiatric disorders, including craniofacial dysmorphologies.  establish gene hierarchy and cooperation among regulators that will control neural crest progenitors specification and differentiation. Neural crest stem cell genes and the genetic mutations are our primary tools to study gene expression, regulation, epistasis, cell fate, behavior, proliferation and survival.

Our main model system, zebrafish (Danio rerio) lends itself superbly to genetic and developmental analysis because of abundant availability of transparent embryos developing outside the mother that are accessible to manipulation and direct observation. This small fish can be used in a mutagenesis screen and its genome is amenable to efficient positional cloning of mutations and phenotypic analysis. In parallel, we use mammalian cells in culture and biochemical approaches to address our questions.

We have focused our investigation on two areas:
(i) the genetic network of transcription factors orchestrating transition of neural crest stem cell to derivatives like craniofacial cartilage,
(ii) and the role of cellular secretory pathway in chondrocyte maturation.

We use positional cloning approaches to help us identify point mutations responsible for craniofacial malformations. We have already found a set of factors critical for neural crest specification in the mutations mont blanc, mother superior and quadro. Now, we are dissecting the genetic interactions among these factors and further search for novel components of the genetic network.

Concurrently, we are investigating a phenotypic series of mutations affecting chondrocyte differentiation. Chondrocytes originate from neural crest stem cells and constitute most of the larval head skeleton. Surprisingly, we have discovered that the mutations in crusher and bulldog loci disrupt genes in the cellular secretory pathway, while the stumpf locus is critical in posttranslational protein modification and folding. These results open a new vista for research on the role of secretory pathway in a global context of embryonic morphogenesis and disease.

(IIIiii) Zebrafish is ideally suited for modeling of human single nucleotide polymorphisms (SNPs) in genes identified through BioVU variant investigations. We can test whetweather a specific SNP increases or decreases gene activity, and thus alterings protein function, such as for example a receptor activity, for example. These models are particularly helpful in testing responses to known pharmacological agents and in drug screens for new pharmaceuticals. We are using CRISPR/Cas9 –based knockout and knockin strategiesy in stable zebrafish lines that are then evaluated for phenotype and levels of gene function. This early functional genomics assessment model offers rapid and powerful tool in drug discovery pipeline.