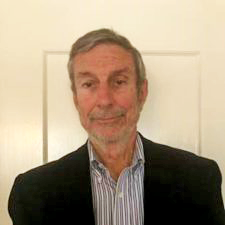 A Medical Journal through Space and Time

Dr. Gaffney was born and raised in SE New Mexico. He received his BA from UC Berkeley, M- UNM School of Medicine; Internal Medicine Residency-Case Western-Metropolitan General Hospital, Cleveland, OH. He completed a Fellowship in Cardiology UT Southwestern in Dallas. He remained on Faculty (Professor of Medicine (CV Disease) until he moved to Vanderbilt in 1992 as Chief, Clinical Cardiology. After 2 years as acting director, he became Senior Vice-Chair, Medicine, Associate Dean for Clinical Affairs/Quality and Patient Safety, and after a decade as a Cardiologist at VUMC, became Emeritus Professor in 2017. While at UT Southwestern, also served as NASA Payload Specialist/Astronaut from 1984-1991; flew aboard the space shuttle Columbia in 1991, performing multiple experiments examining physiological responses to micogravity. He retired from USAF as Senior Flight Surgeon-Astronaut in 2006. Continues to do research in patient safety as guest professor at the Karolinska Institutet in Stockholm. In 2007, he began 145th “orbit”, aboard a sailboat-has traveled over 30,000 miles.