The Mass Spectrometry Research Center (MSRC) was established in 1998 to bring state-of-the-art mass spectrometry expertise, methodologies, and instrumentation to the research and clinical infrastructure of Vanderbilt University. Under the leadership of Dr. Richard Caprioli, the MSRC has become a world leader in the development of new technologies and clinical applications of mass spectrometry. These innovations have significantly expanded the reach of this important technology, positioning mass spectrometry to change the way physicians diagnose disease. The MSRC conducts collaborative research programs with investigators in nearly every Center and department in the Medical Center as well as many trans-Institutional initiatives in the Departments of Chemistry, Physics & Astronomy, Biological Sciences and Electrical Engineering & Computer Science. The MSRC also has a long track record of working with industry partners to provide state of the art mass spectrometry in support of drug development. This symposium is organized to honor the 20th anniversary of the MSRC! 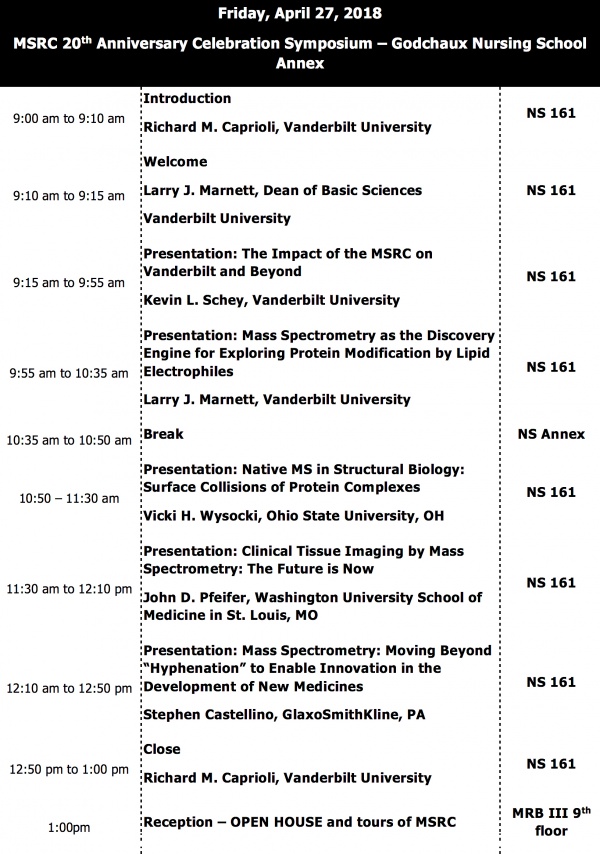