Some of my favorite highlights of the meeting included keynote speeches from Dr. Carl June, a pioneer of CAR-T cell therapy and Dr. Douglas Lowy, who developed the virus-like particle technology employed in the highly effective HPV vaccines. MSTP trainees also had the opportunity to meet with residency directors from medical centers across the country and network with other physician-scientists. I met up with several other MSTP students who I “met” through the MSTP Twitter community. I even got to talk to Dr. Robert Mahley, the very first graduate of the Vanderbilt MSTP who was instrumental in the discovery of apoE and founded the Gladstone Institute of Cardiovascular Disease. I highly recommend that G2 and G3 students attend this conference for its unique exposure to the nationwide physician-scientist community. 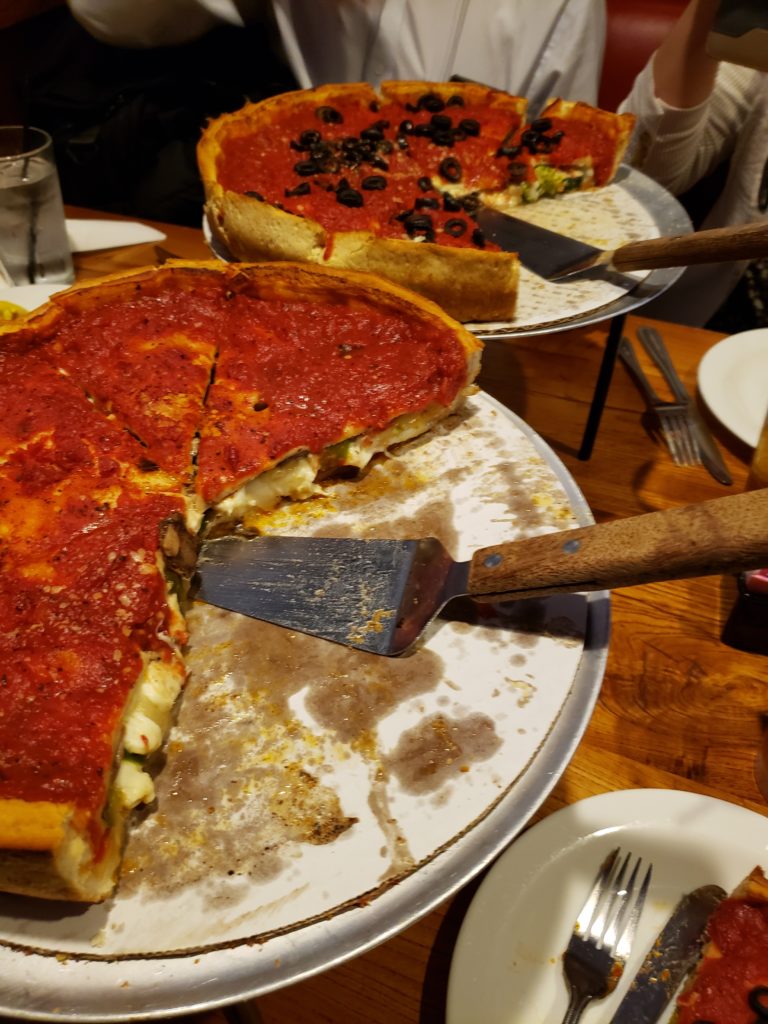 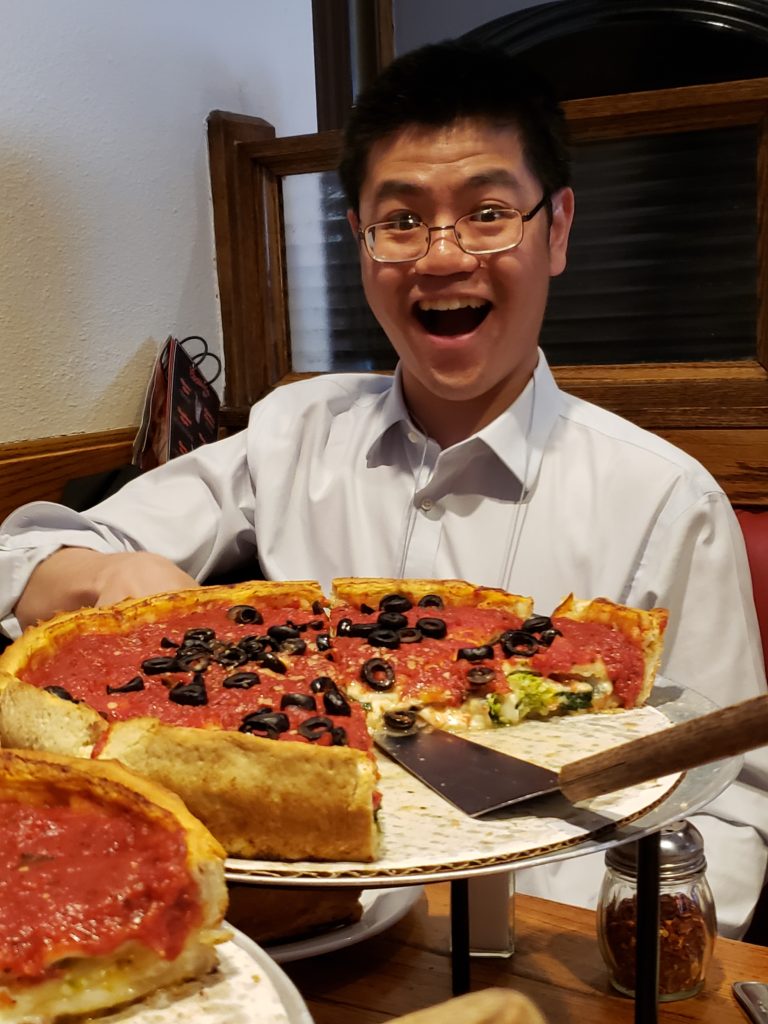 After arriving in Chicago, we gathered for lunch at Giordano’s, home of Chicago’s famous stuffed deep dish pizza. 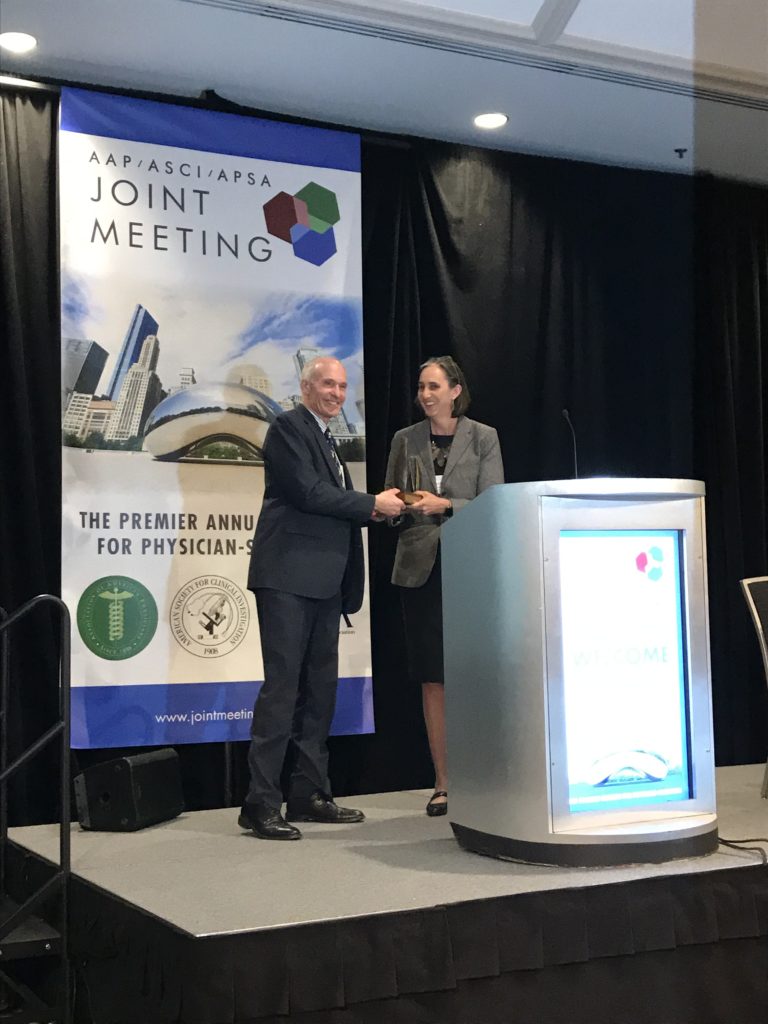 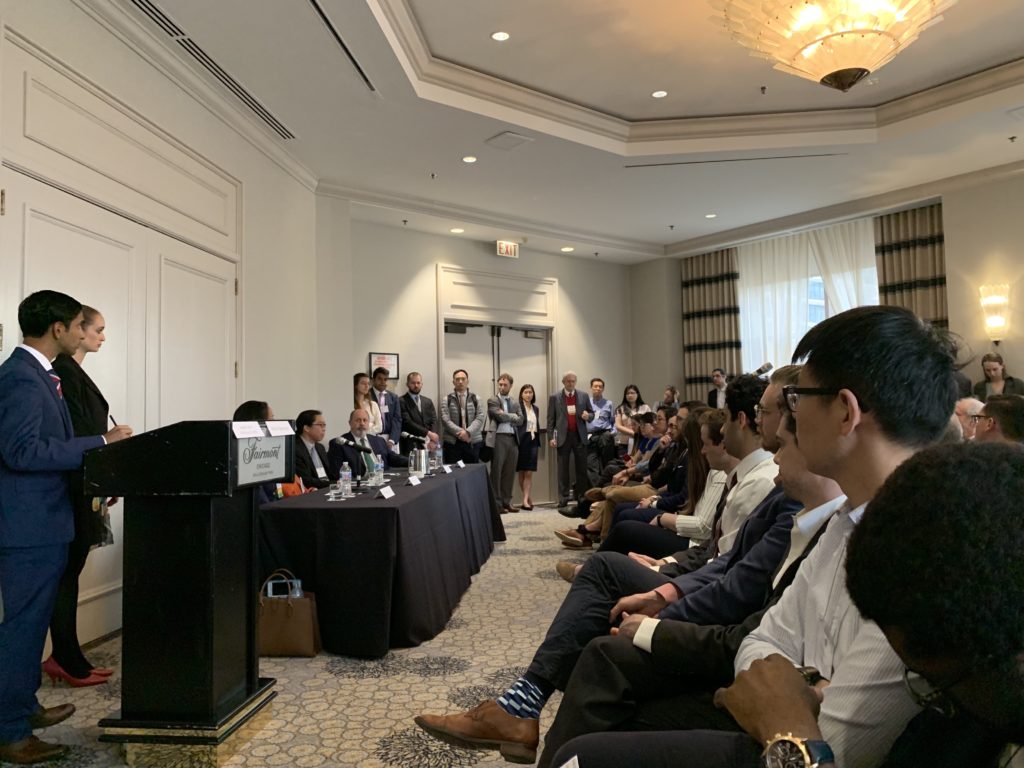 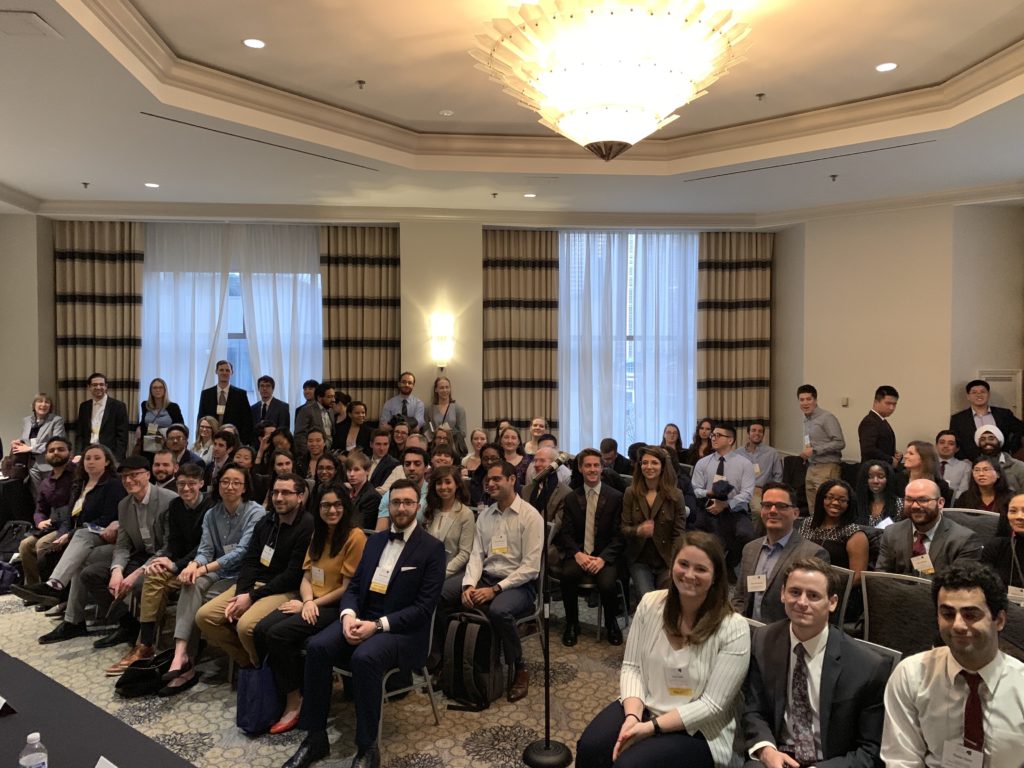 Vanderbilt PSTP Director Dr. Patrick Hu hosted a panel about research tracks in residency and fellowship to a full house of MSTP trainees. 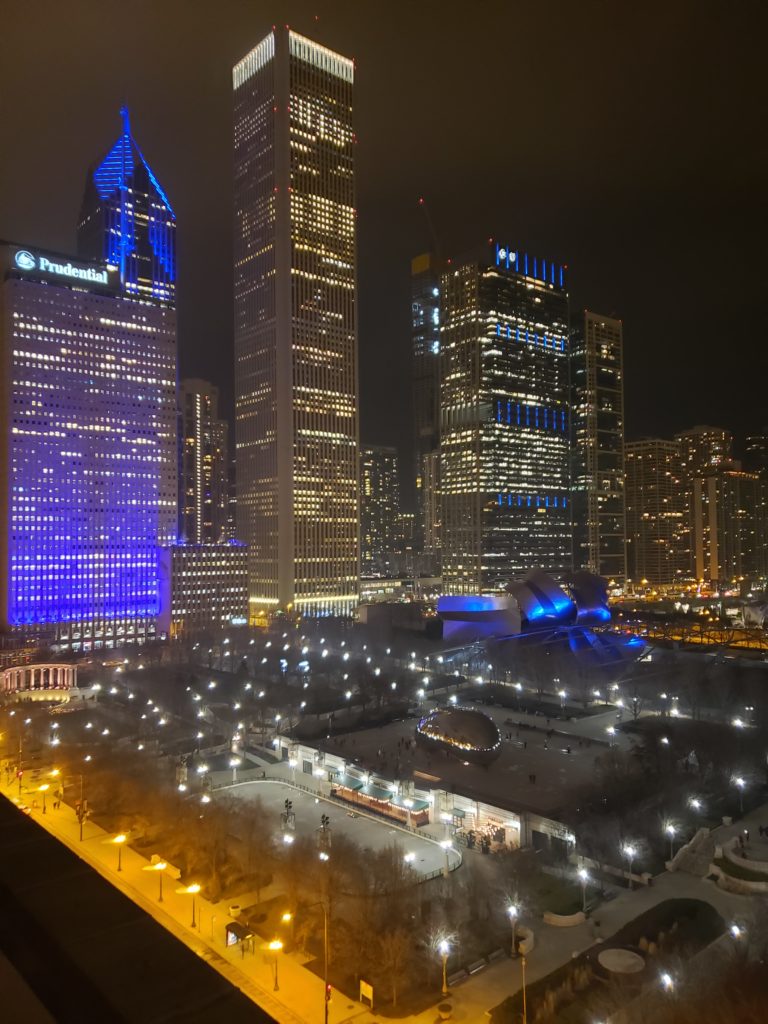 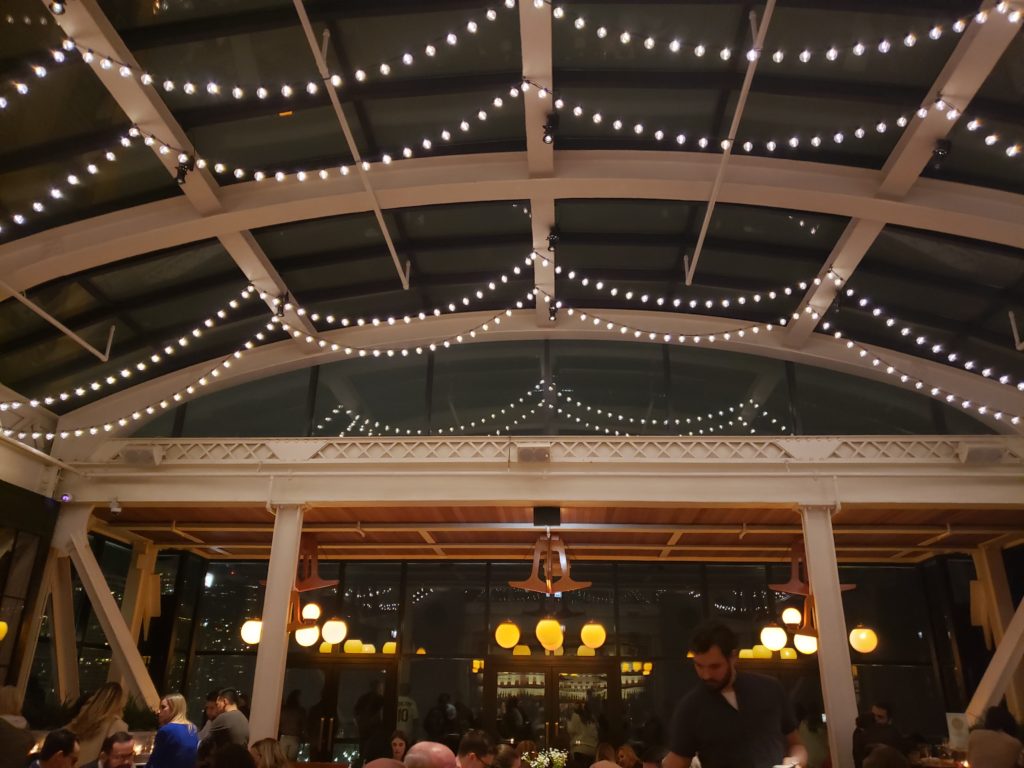 Ayaka and I enjoyed a delicious rooftop dinner with a gorgeous bird’s-eye view of “Cloud Gate” (most commonly known as the “Chicago Bean”). 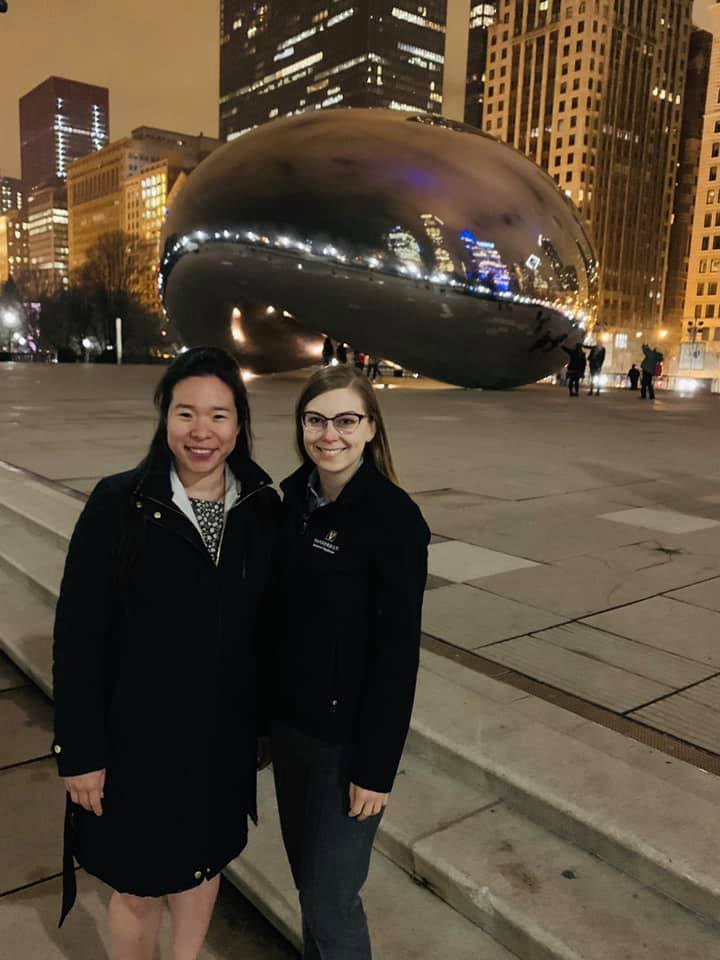 Ayaka and I saw the Bean close up for the first time. 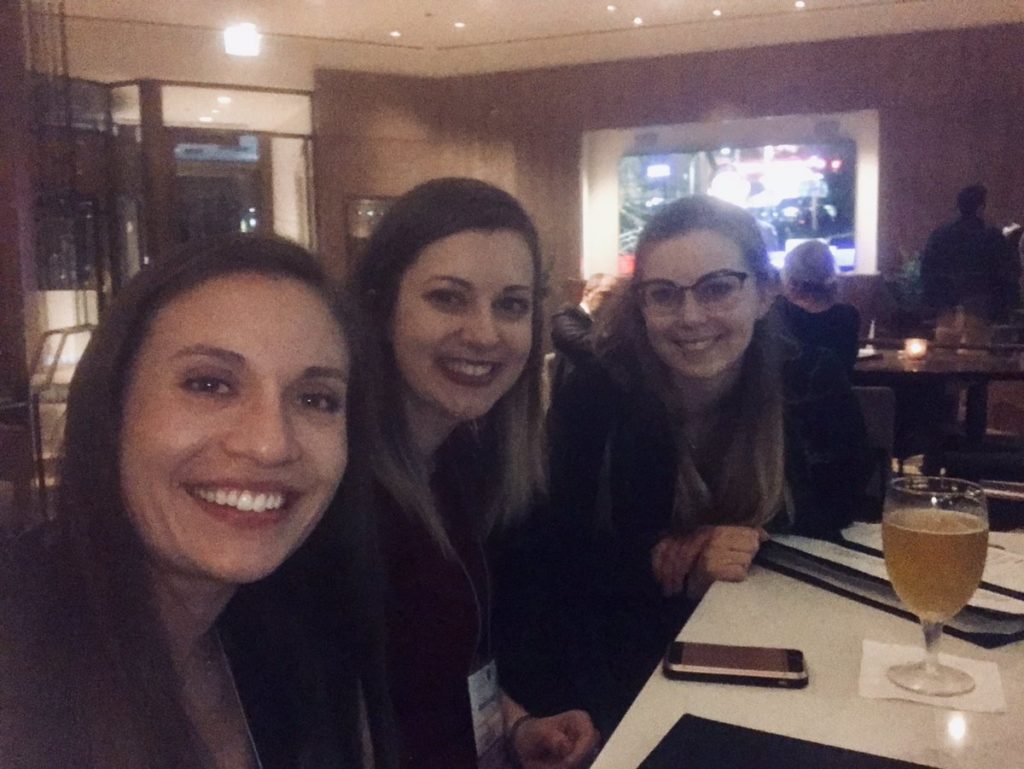 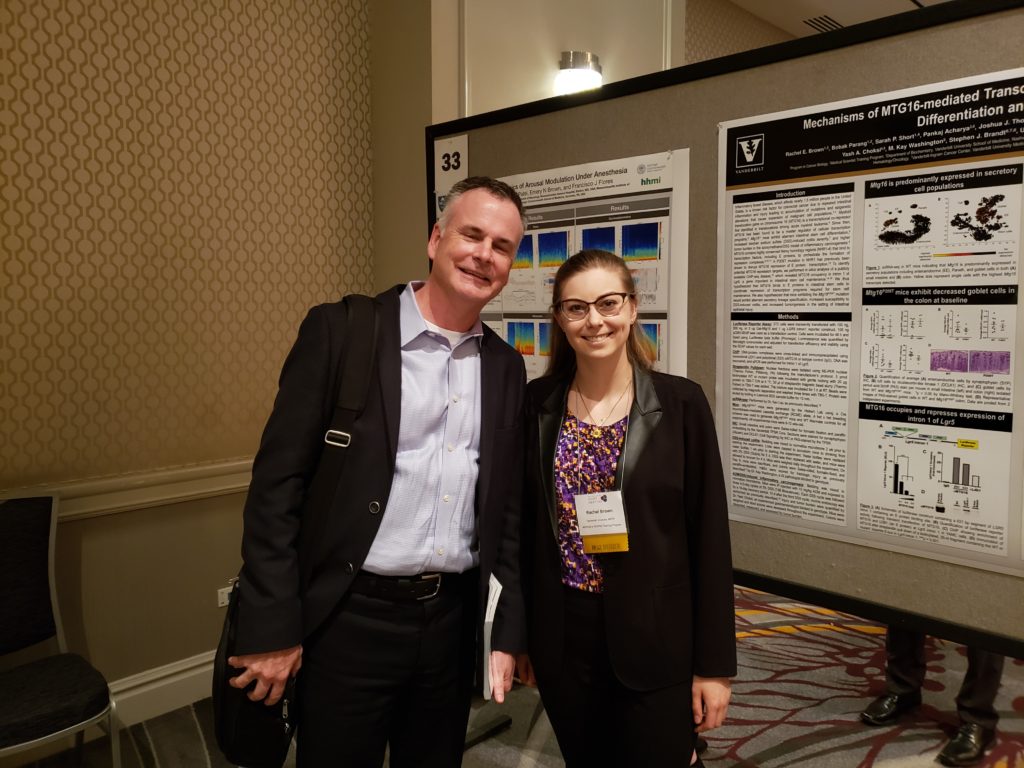 Posing with my PI (and MSTP Director) Dr. Chris Williams in front of my poster.