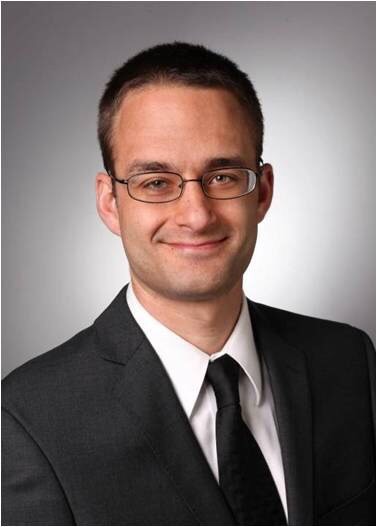 Dr. Brian Grieb, M.D., Ph.D. is a 2016 graduate of the Vanderbilt MSTP and a hematology and oncology fellow in the Vanderbilt Physician-Scientist Training Program (PSTP). He is also an Associate College Advisor for Goodpasture College. I had the opportunity to speak with him over the phone to learn about his training and research career.

His path toward MSTP training

Dr. Grieb is from Louisville, Kentucky and had an interest in going into medicine from a young age. However, he also developed a serious interest in science as early as his sophomore year of high school. One of his friends was participating in a clinical translational project, and Dr. Grieb joined in to assist with some experiments. Their goal was to evaluate the correlation between nasogastric tube feed volume and a patient’s risk of aspiration, and their findings led to a change in hospital protocols. “This was the first time I realized science wasn’t just about the textbooks,” Dr. Grieb explained. He came to understand that he could benefit others with his work in tangible ways.

In undergrad, he pursued summer research experiences, where he interacted with older students interested in MD/PhD training. This eventually led him to participate in the Vanderbilt Summer Science Academy, where he performed research on campus and learned about the MSTP application process. After graduating from Centre College in 2007, Dr. Grieb entered the Vanderbilt MSTP, and after two years of medical school, he joined the lab of Dr. Christine Eischen. His work focused on the binding between MYC and the protein MTBP and how this relationship could serve as a potential cancer drug target. In choosing a lab, he emphasized working with a mentor who cares about students and will push them toward their career goals. “Be careful of getting into a lab where you’re just comfortable,” he said. “Grad school and the MSTP journey are about overcoming challenges, and these challenges lead to growth.”

After completion of his Ph.D. in cancer biology in 2014, Dr. Grieb re-entered medical school and completed his clerkships as a third-year medical student alongside the first cohort of medical students to go through clerkships in their second year. Knowing that he wanted to practice oncology but torn between medicine and pediatrics, he ultimately decided to apply to medicine residency. He feels that students in the new curriculum have an advantage because gaining clinical experience before their Ph.D. studies is helpful in shaping career goals.

In 2016, Dr. Grieb graduated from the Vanderbilt MSTP and started as a medicine resident in the Vanderbilt PSTP. He was excited to continue his training at Vanderbilt not only for the strengths of the program here but also for his family. “My family and extended family were huge considerations in where we wanted to end up,” he said. Between his wife’s job in Nashville and having family nearby, Vanderbilt was the best training environment for him. He encourages students preparing to apply to residency to consider a number of factors in addition to the quality of the institution, especially the support structure available.

Navigating the role of chief resident during the COVID-19 pandemic

Through the Vanderbilt PSTP, Dr. Grieb completed two years of a general medicine residency and one year of oncology fellowship when he was asked by the leadership of the Department of Medicine to serve as the Vanderbilt inpatient medicine chief resident. This was an especially unique opportunity to gain a deep level of leadership experience early in his career, and he was excited to play an important role in the education and mentorship of residents. His responsibilities included making schedules for the inpatient residents, improving workflows, and problem-solving when issues would arise. His office was in the middle of the hospital, and he greatly enjoyed being accessible to residents to give professional or life advice. In addition to these responsibilities, Dr. Grieb ran morning report and participated in medical student teaching.

In March, his role as chief resident completely changed as he learned important lessons about leading during a pandemic. In order to ensure that patients continued to receive excellent care, his priority as chief resident was to keep residents safe so they could continue their work. With changing medical center policies, Dr. Grieb worked diligently to help the residents maintain their workflow. He also played a role in creating plans for new intensive care unit and medicine floor teams and created new team rooms so residents could work safely. Keeping up with this changing landscape was a challenge, but he credits graduate school for helping him develop strong organizational skills that were vital to his role. During this time, Dr. Grieb and his wife also welcomed their third child.

For students interested in pursuing leadership roles in the future, he emphasized the importance of understanding other people’s perspectives. “This provides you with the tools to help those people or accomplish a common goal,” he noted. This is a skill that he refined over the course of the year and became especially important with the unique challenges of the coronavirus pandemic. He found that listening meaningfully was an imperative part of being a leader in order to provide the most helpful feedback. Dr. Grieb said that he is very grateful for the opportunity to serve as chief resident and play a role in helping the medicine residents navigate this complicated time.

Looking toward his career as an independent physician-scientist

Upon completion of his time as chief resident this summer, Dr. Grieb started his second year as a fellow in hematology/oncology and joined Dr. Bill Tansey’s lab as a postdoctoral researcher. He is continuing his focus on the MYC transcription factor, now working on understanding its binding to the protein WDR5. He is using a genetic model to explore how WDR5 can be displaced from DNA to prevent MYC recruitment. He is using multiple cancer models, including leukemia and colon cancer, to explore how this interaction can be targeted therapeutically. “From a drug development standpoint, transcription is a potential untapped area,” he explained, and he looks forward to continuing this work.
In envisioning his future career after completing his fellowship training, Dr. Grieb hopes to have his own lab studying transcription, specifically focusing on drug design. Currently, as a second-year fellow, he has a half day of general oncology clinic per week and spends some time on night and weekend call. He says that taking care of patients and teaching trainees will continue to be highly important components of his career as well.

He has three children, ages 6 years, 2 years, and 3 months. They enjoy spending their time going for walks in the park, and he recently taught his oldest how to ride a bicycle. He greatly values the time he spends with his family.

Dr. Grieb gave some valuable advice for current and prospective MSTP trainees: “This is a really long career path. Make sure you surround yourself with good, supportive people both in your professional and personal life. That helps to make the journey better.”