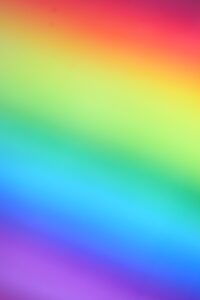 Fifty-two years ago, on the morning of June 28, police officers raided Stonewall Inn, manhandling patrons and arresting and violating people dressed in drag. Fed up with the harassment and discrimination, patrons and onlookers began a full-blown riot involving hundreds of people for days. This became known as the Stonewall Riots and catalyzed the gay rights movement. Today, Pride is held annually in June in honor of these riots and the people who protested.

While we have made progress, much remains to be done in the fight for LGBTQ+ justice and freedom. In 2021, an unprecedented number of anti-LGBTQ bills were introduced into state legislatures across the country. We continue to see murders of trans people, particularly trans women of color. Pride Month is certainly a time of joy, but it is also a time of resistance. As current and future healthcare professionals and leaders, our voices and actions can have a huge impact on improving the lives of LGBTQ+ individuals. We must educate ourselves and stand against ongoing discrimination, even if it can feel uncomfortable.