Posted by samuelb1 on Tuesday, November 30, 2021 in Uncategorized . 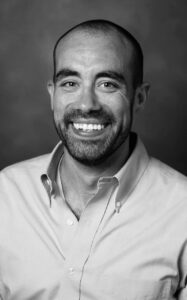 Dr. Juan Pablo (JP) Arroyo, M.D., Ph.D. is an Instructor of Medicine in the Division of Nephrology and is a new faculty advisor for the MSTP Avery-Cohen college. After completing his residency in internal medicine and fellowship in nephrology through the Vanderbilt Physician Scientist Training Program (PSTP), Dr. Arroyo joined the faculty at Vanderbilt. He shared his journey to his current position and how he hopes to continue to contribute to MSTP training as an advisor.

His career path so far

Dr. Arroyo was born and raised in Mexico City, Mexico and attended Universidad de la Salle for medical school, which consisted of 6.5 years of training out of high school. Through his classes and clinical experiences, he developed a strong interest in the kidney, and after graduating from medical school, he completed his PhD under the mentorship of Dr. Gerardo Gamba studying renal physiology. He then matched into general surgery at Yale, but after finishing his intern year, he realized that he did not want to pursue surgery further, so he did a two-year postdoc at Yale studying the molecular mechanisms and genetics of hypertension. He then applied to the Vanderbilt PSTP, where he completed two years of internal medicine residency and nephrology fellowship. During this time, he also served as medicine chief resident and became highly involved in medical student and resident education. His advice to students then and now is to try to understand why we follow certain guidelines. “Focus on the physiology and pathophysiology as guidelines for future discovery,” he said. “That’s where the research questions come from.”

After he completed his nephrology fellowship, Dr. Arroyo was recruited to stay on as faculty at VUMC, and he now serves as an Instructor of Medicine in the Division of Nephrology. He is a recipient of the Harold Amos Medical Faculty Development Grant from the Robert Wood Johnson Foundation, which allows him to further his research on vasopressin physiology and pathophysiology as he starts his own laboratory.

On becoming a faculty advisor

Dr. Arroyo became involved in the MSTP college system in 2016, when he started as a PSTP associate advisor. Now as a faculty advisor, he looks forward to using his life experiences to advise MSTP students, particularly regarding multiple career changes and having a young family. He feels that it is especially important to prioritize personal life, family life, and mental health throughout training, and he hopes that sharing his experiences will help students with this. “I am a big advocate of making sure that life outside of work is okay because otherwise, work itself will never be okay,” he noted. He enjoys spending time with his wife and two children (ages 5 and 7), going on walks and hikes, and cooking.

When asked for a message he would like to share with current students, he gave advice that is valuable throughout our training and beyond: “Stop comparing everybody else’s outside – papers, grants, social media – to your inside. It is an inherently unfair comparison. Rather, regardless of what anyone else is doing, focus on doing your best right here and right now.”