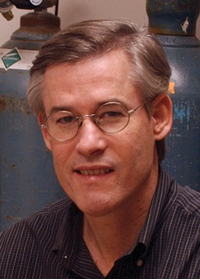 RECENTLY COMPLETED ANALYSIS OF P120 FUNCTION IN INTESTINAL TUMORIGENESIS.
For well over a decade, we have used the mouse small intestine as a model to better understand the relationship between stem-progenitor cell differentiation and intestinal tumorigenesis. In that context, we recently completed a body of work centered around the role of p120 as an obligate haploinsufficient tumor suppressor in intestinal cancer (1). Using cKO p120-catenin (p120) and Apc mouse models of intestinal cancer, we showed that p120 functions as an obligatory haploinsufficient tumor suppressor following Apc loss of heterozygosity (LOH). Loss of one p120 allele increased tumor multiplicity by up to10-fold, but unexpectedly, retention of the 2nd allele was obligatory as p120 is evidently required for tumor viability. Interestingly, α-catenin and E-cadherin behave similarly, indicating that the cadherin complex itself mediates this haploinsufficient phenotype. To better appreciate where these factors rank in the overall scheme of tumorigenic potency, we turned to Sleeping Beauty transposon screens conducted in four major CRC predisposing backgrounds. The data suggests that the integrity of the cadherin complex is under enormous tumorigenic pressure, with p120, E-cadherin, and α-catenin among the most frequently mutated drivers regardless of background. Indeed, 40-60% of all SB intestinal tumors contained at least one inactivated allele of these genes, suggesting that, alone or together, they might be rate- limiting with respect to progression. Thus, while E-cadherin downregulation is generally considered a late event in tumor progression, these data show that a deceptively modest “partial loss” of cadherin function, as frequently reported in the pathology literature, may be a critically important roadblock to the earliest stages of intestinal tumorigenesis.

CURRENT AND FUTURE RESEARCH PLAN
Based on a great deal of preliminary evidence, our plan going forward is to refocus attention on the transcription factor Kaiso (aka ZBTB33), a ZBTB family member identified originally in my lab as a specific interaction partner of p120-catenin (p120)(2). ZBTB family members are typically associated with important roles in differentiation, development and/or cancer. The precise function of Kaiso remains elusive, but a recent discovery by ENCODE suggests exciting new possibilities. Using specific monoclonal antibodies generated in my lab, ENCODE used ChIPseq to identify a novel Kaiso DNA Binding Site, TCTCGCGAGA, hereafter referred to as the eKBS (3). Remarkably, the eKBS is identical to a former orphan motif known only as “M8”, owing to its being the eighth most conserved DNA motif in vertebrate genomes. The eKBS is found in the promoters of nearly 1000 genes, a large transcriptome comprising more than 5% of the protein coding genome.

We have found that, aside from Kaiso, the eKBS is frequently “co-occupied” by several other proteins (e.g., BRCA1, DYRK1A, CHD2, ETS1, RNAP2), most of which of lack site specific DNA binding domains of their own. Their repeated presence at the eKBS, therefore, most likely reflects their participation in a multiprotein transcriptional complex, recruited directly or indirectly by Kaiso, to roughly ~1000 gene promoters (aka, the Kaiso “transcriptome”). As proof of concept, we have definitively validated the predicted physical interaction between Kaiso and BRCA1, and we show that BRCA1 can transactivate Kaiso transcription in vitro. In the small intestine, Kaiso is strongly upregulated in progenitor cells undergoing mitotic clonal expansion (MCE) and abruptly extinguished at the point of terminal differentiation. In contrast, upregulated Kaiso expression is maintained indefinitely in adenomas following Apc LOH. This behavior is consistent with a determining role for Kaiso with respect to whether the progenitor pool progresses normally into terminal differentiation or is maintained aberrantly in an undifferentiated crypt/progenitor-like state.

Based on these observations, we believe that Kaiso coordinates an important intestinal differentiation program via transcriptional control of a large eKBS-designated gene network. The program is likely comprised of two major elements,(1) a multiprotein transcriptional control module organized around Kaiso, and (2) a distributed gene network marked by eKBS containing promoters (aka the Kaiso transcriptome), which we will initially address in separate aims:

Aim 1: Identify, component map and functionally characterize the Kaiso complex.
We previously established a method called “ReCLIP” that enables reversible, in-cell covalent crosslinking of the components of multiprotein complexes and is ideal for clean isolation of transcription complexes and subsequent interaction mapping of individual contacts (5). As a necessary first step, we will (i) directly define its contents by ReCLIP (ii) fine map interaction contacts between key players (e.g., Kaiso/BRCA1, p120/DYRK1A) and (iii) identify minimally disruptive “separation of function” mutations for structure function studies.

Aim 2: Profile the Kaiso transcriptome using ProSEQ to identify direct targets relevant to differentiation and tumorigenesis. ProSEQ and conditional KAISO activation will be used to directly profile the immediate vrs long-term transcriptional effects of the Kaiso complex (6,7). Effects of prior uncoupling of individual components of the complex will also be addressed.

Finally, We plan to implement a third aim based on the hypothesis that Kaiso is backed up by an at least partially redundant family member, possibly ZBTB14, accounting for the roughly 50% attenuation of Apc-mediated tumorigenesis upon removal of Kaiso alone (9).

Results from these studies are likely to functionally elucidate a long anticipated signaling pathway involving the interaction between p120 and Kaiso. The recent finding that DYRK1A maps to the eKBS is of particular interest (8). Kaiso does not appear to co-immunoprecipitate with DYRK1A, but DYRK1A quite specifically binds p120, and p120 clearly binds Kaiso. These observations suggest a compelling mechanistic outline of a gene-specific program that drives stem-progenitor differentiation (under normal conditions) and early tumorigenesis (following inactivation of APC). A cartoon based on interactions identified so far is shown below (see figure 2). ProSEQ will deliver a detailed profile of the gene transcription program controlled by the eKBS/Kaiso complex and its regulators. From these analyses, new candidates for clinical intervention may emerge along with conceptual clarification of key early events in the overall scheme of APC-associated intestinal cancer.