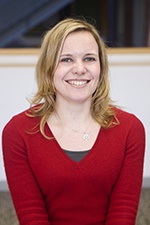 Despite significant advances in treatment, breast cancer remains the second leading cause of cancer-related deaths in women. The mortality rate in breast cancer patients has been decreasing over the years thanks to the development of early diagnostic methods and more effective treatments. Nevertheless, despite new advances in cancer diagnosis and treatment, the risk of recurrence and metastasis is ever present.

I am interested in the cancer stem cells (CSCs) hypothesis, which provides one explanation for the phenotypic heterogeneity of breast cancer cells. In this model, CSCs are thought to arise from normal mammary stem cells, drive tumor growth and progression, and underlie resistance to therapy during progression, recurrence and metastasis. However, this proposition remains controversial because of the absence of both specific markers for normal mammary stem cells, and lineage-tracing mouse models that could be used to demonstrate a stem cell origin for mammary tumors. To this end I have created a new lineage-tracing mouse model, based on the recent discovery of a multipotent mammary stem cell. Preliminary data show that the progeny of these cells in situ are myoepithelial cells but do not give rise to the luminal lineage during the onset of puberty and pregnancy. I will cross these mice with a breast cancer mouse model that gives rise mainly to transformed myoepithelial cells, such as the Brca1/Trp53-/+ mouse model, to analyse stem cell plasticity and clonal evolution in a tumor environment.

Furthermore, in collaboration with my clinical mentor Dr. Ingrid Mayer, I will investigate CSC resistance to conventional clinical cancer therapies such as chemotherapy. Finally, in the long term, this model could be used to select for drugs that specifically target mammary CSCs.