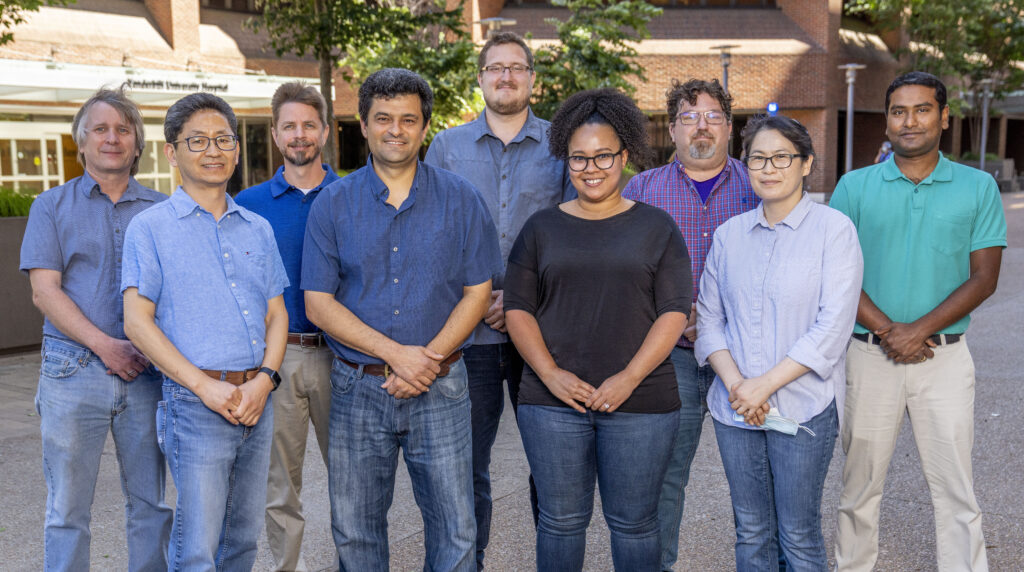 Throughout the second half of the 20th century, the pharmaceutical industry made amazing strides forward in the discovery of new drugs, including antibiotics, antitumor agents, cholesterol lowering agents, drugs to treat mental illnesses, etc. In most of these cases, the drug discovery process started with a team of biochemists and pharmacologists who identified a drug “target,” usually a protein in a normal human cell, bacterial cell, virus, or cancer cell believed to be responsible for causing or contributing to a disease of interest. The investigators would develop an “assay” – essentially a test that measures the function of the protein. They then used the assay to assess the effects of “small molecules” on the protein’s function, a process known as “screening.” For this purpose, pharmaceutical companies amassed a chemical “library” of tens of thousands of such molecules, chosen to be of a size and structure suitable for use as a drug. Molecules that altered the function of the target protein in the screen were termed “hits.” In most cases, a screen would yield multiple hits, but these hits rarely turned out to be useful as a drug. They would lack adequate potency, or be rapidly metabolized in the body, or be of concern because of possible toxicity. So, in the next stage of the process, a team of medicinal chemists would take over. They would synthesize a range of “analogs” – compounds with structures similar to but bearing systematically chosen small structural changes from, the original hits in hopes of improving their potential for use as a drug. Ultimately, they would achieve a compound with the desired characteristics. This “lead” compound would then be taken into clinical trials to ultimately test its value as a drug.

One can easily imagine that this whole process was time-consuming and very expensive, so only well-financed large pharmaceutical companies could successfully carry it out. But that all changed in the past 20 years. New technology emerged that enabled automation of screening assays and vastly increased the number of compounds that could be tested at once. This ability to carry out “high-throughput screening” dramatically shortened the time needed to evaluate the effects of all the members of a large chemical library. In addition, new advances in medicinal chemistry, largely pioneered by Vanderbilt’s own Craig Lindsley (Professor of Pharmacology, etc.), increased the speed and efficiency of analog synthesis, thereby enhancing the likely success of the overall “hit-to-lead” process. These technologies were soon imported into academic institutions, enabling them to become directly involved in all phases of drug discovery. Basic science investigators now had a greater opportunity to translate their research to the clinic, and molecules generated by these efforts could also serve as “tools” to study the effects of changing a protein’s function at the level of individual cells or an intact organism.

With the establishment of its Institute of Chemical Biology in 2007, Vanderbilt was at the forefront of the academic drug discovery effort. A critical component of the VICB is the Molecular Design and Synthesis Center, originally known as the Chemical Synthesis Core. Its mission is to support the medicinal and synthetic chemistry needs of Vanderbilt investigators across campus and beyond. The core provides researchers with access to small molecules with defined or to-be-designed structures as well as hit-to-lead medicinal chemistry support.

Gary Sulikowski, director of the core and Stevenson Professor of Chemistry, arrived at Vanderbilt by way of Texas A&M University in 2004. We recently sat down with Sulikowski, who shared some insight into synthetic chemistry and discussed the core’s history and involvement in drug discovery at Vanderbilt.

We focus on two main goals. The first is to support preclinical lead development in drug discovery, especially anticancer drug discovery. We do this by applying the latest techniques in medicinal chemistry to synthesize analogs of hit compounds identified by the High-Throughput Screening Core. These hit compounds are then subsequently screened, and additional modifications are made as needed until we have developed a promising lead molecule. About 40% to 50% of our work centers on lead optimization.

Our second main goal is to help researchers who are not necessarily interested in drug discovery to acquire or develop chemical tools that will help them to better understand biological processes from a basic science perspective. For example, some projects require that we create synthetic processes to provide investigators with large amounts of natural metabolites or drug-like compounds in the quantities needed for animal studies. An illustration of this approach is our ability to synthesize prostaglandins and their associated metabolites. Prostaglandins are naturally occurring molecules that modulate an array of biological effects ranging from blood clotting to fever and inflammation, and even childbirth. As prostaglandins are found in the human body in very small quantities, we have developed synthetic routes to make them available to biomedical investigators in amounts sufficient for use in research. In other projects, we have prepared known compounds for large-scale animal studies, or synthesized smaller amounts of known or novel compounds required by investigators for their research needs.

What successes can the core claim?
One notable success is making a compound called bacillithiol, a novel molecule that was uncovered in a particular strain of bacteria by researchers in California. Bacillithiol is a member of the wider class of thiols – compounds that play an important role in most cells by reacting with and destroying certain types of toxic metabolites. At the time of bacillithiol’s discovery, the late Richard Armstrong (Professor of Biochemistry, etc.) was interested in the role of thiol compounds in the ability of bacteria to develop resistance to the antibiotic fosfomycin. He thought the bacteria that make bacillithiol might have been using it for this purpose. He could not test this hypothesis, however, because bacillithiol was only available in minute quantities. There was no known lab-based synthesis of the compound at the time, but we developed a method to do it in large quantities. To this date, I think we’re one of only two groups that have ever prepared this compound, and it’s not uncommon for us to get requests from investigators outside of Vanderbilt, from Switzerland and Israel for instance, for bacillithiol to support their studies of pathogenesis or other functions in bacteria.

Has the COVID-19 pandemic had an impact on perceptions about chemical synthesis and drug discovery?
Oh, yeah. I do believe that if there was anything positive about COVID-19, it was that it highlighted the importance of drug development and advancing our understanding of infectious disease. Early on during the pandemic, Professor of Biochemistry and Pharmacology Steve Fesik had an idea for a possible drug to target SARS-CoV-2. To test his hypothesis, he needed material quickly, and we were able to ramp up and give him some initial synthetic support by providing early lead molecules designed by his team.

This example illustrates why we’re sometimes referred to as a SWAT team. We are known for our ability to mobilize and help support researchers quickly. Typically, our seven talented investigators work on over 20 ongoing projects in the core at any one time.

We also helped Professor Fesik in his search for inhibitors of MCL1, a protein believed to play a role in causing certain kinds of cancers. This project has been so promising that it has led to a collaboration with the pharmaceutical company Boehringer Ingelheim in the hopes that the Fesik lab inhibitors can be brought to clinical trials. At one point, when Steve required high quantities of his lead MCL1 inhibitors for antitumor evaluation, the core members worked over the weekend to provide materials for these studies.

How much time can it take to synthesize a compound?
No two compounds are alike! They have their own personalities. Some are pretty complex. It also depends on how much we need, the number of steps to get to the final product, and the fact that some reactions simply require more time than others. We recently developed a probe to test for enzymatic activity in cells for Associate Professor of Pharmacology Sean Davies, but making the probe was a 20-step synthesis. To generate even five to 10 milligrams could take three to six months.

Who are the core’s key personnel?
Kwangho Kim, who serves as director of the core, is from South Korea and was trained in Japan. He came with me from Texas A&M. We process about 50 projects a year, and each one often involves discussions with the investigators. Kwangho has the right personality for this as the front man for the core.

Alex Waterson, Director of the Vanderbilt Center for Cancer Drug Discovery, is also a key member. He’s a molecular designer with substantial prior pharmaceutical industry experience who interacts well with investigators and brings new ideas to the core.

The thing I’m most proud of is that, with one exception from early in the core’s history, we’ve delivered on every project ever requested. Now that we have Assistant Director Plamen Christov, who has expertise in natural peptide synthesis and nucleic acid synthesis, we could do that project, too.

Do you have certain compounds that anyone can order?
One of our goals is to have a collection of useful tool compounds for investigators, and we’re in the process of getting those onto our webpage. We already have some compounds listed, including bacillithiol. Investigators can come to our website, get a quick quote, and order from the core. We also have intermediate compounds available that, with some additional steps, can become the compounds that an investigator requires. This helps cut down on costs. But we’re still in the process of cataloging that entire library. That’s a big undertaking.