The Molecular Design and Synthesis Center (MDSC) provides consultation and support in chemical synthesis for investigators across the Vanderbilt campus. The main focus and purpose of the center is to provide tool or probe molecules and literature compounds. For example, investigators can employ the MDSC to synthesize literature compounds used as standards or in support of assay development. Alternatively, the MDSC can engage in small molecule probe discovery during early stage HTS (High-Throughput Screening) and follow-up probe optimization campaigns. This may include resynthesis of original HTS hit compounds and follow-up efforts aimed at hit optimization. The MDSC staff and directors have extensive experience in complex molecule synthesis including asymmetric synthesis and early probe development.

Service-Based Work
For Service-Based Work, target compounds should be known in the literature with defined chemical routes available. Requests for the synthesis of unknown and/or custom designed compounds are considered on a case-by-case basis. Only unknown target compounds with a high probability of success are considered. Some target syntheses may be considered for external synthesis using selected high quality Contract Research Organizations at the MDSC’s discretion. For example, requests using highly toxic reagents or hazardous procedures may be outsourced as requests for radiolabeled compounds. Large-scale (multistep, >10 g target) syntheses may also be outsourced. The MDSC will charge an administrative fee to recoup actual costs of correspondence, quote coordination, and monitoring of the external chemistry vendor. Bio-conjugate probe development for target identification may require academic group collaboration or collaboration with the Imaging Center, depending on the probe complexity. If the MDSC cannot accommodate a bio-conjugate probe request, staff will work with the investigator to help identify the appropriate collaborator and refine/define synthetic routes.

Probe/MedChem Discovery
For MedChem/Probe Discovery, a well-defined probe needs to be presented. The definitions of the probe will typically include desirable potency and/or selectivity goals. Furthermore, robust and operational quantitative screens or assays need to be presented in order to achieve the investigator’s stated goals. Probe development works best if the assay has a capacity commitment and if at least one non-phenotypic screen can be used as a primary assay or to confirm results. For new investigators, the MDSC has a pilot project program administered through the VICB that can provide limited support for preliminary results in support of grant applications. Pilot project support is provided with the understanding that a grant proposal will be written with MDSC researchers and that further (charged) use of the MDSC facility is highly likely. Charges for probe discovery campaigns often require a monthly negotiated fraction of a senior scientist FTE. A generic anticipated work flow for MedChem/Probe Discovery projects is illustrated below. 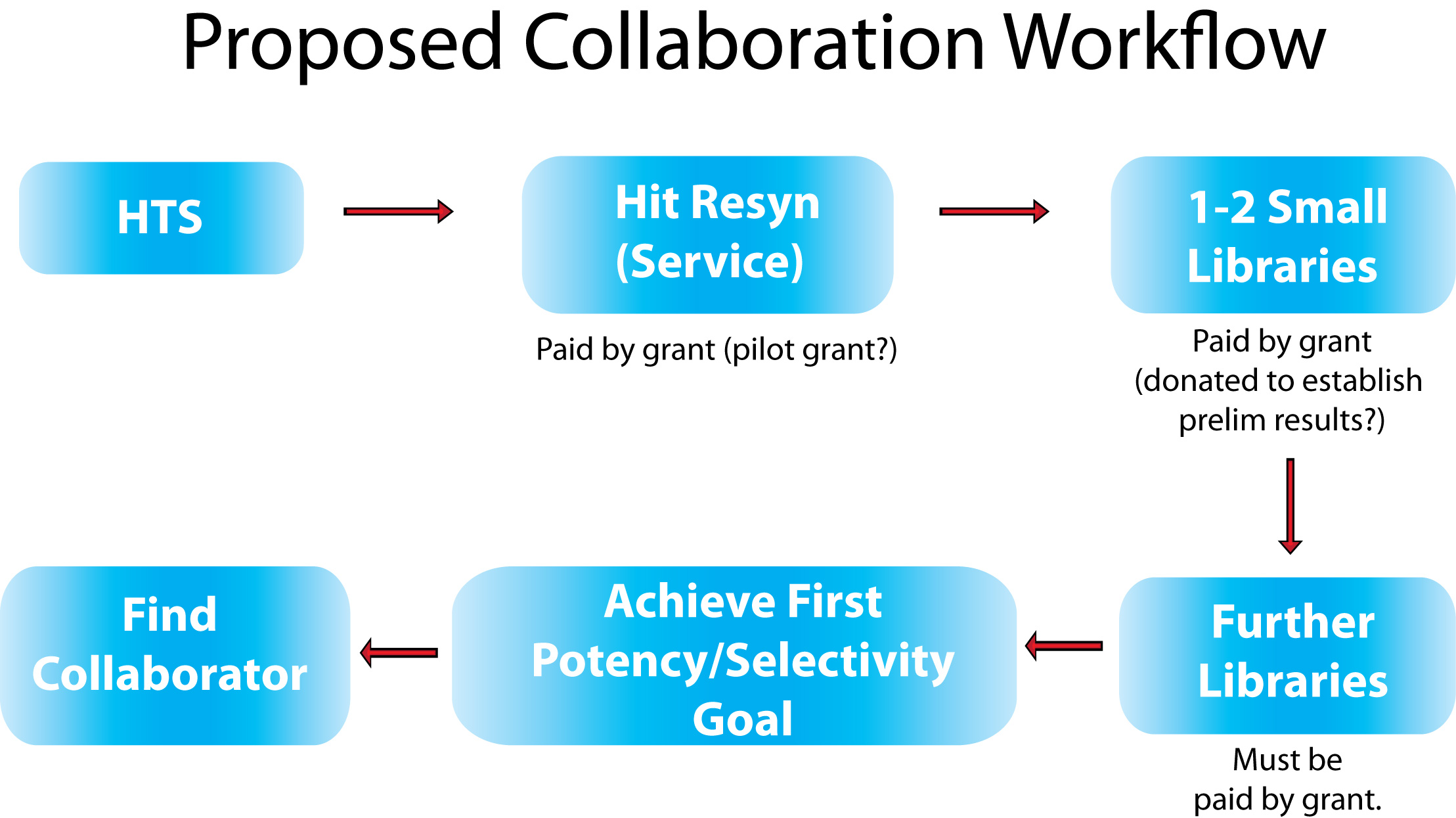 In some cases investigators may be best served by entry through the NIH MLPCN (https://mli.nih.gov/mli/mlpcn/) and NCI Chemical Biology Consortium (http://dctd.cancer.gov/About/major_initiatives_NExt.htm) which can provide access points and/or funding support for probe and cancer drug discovery efforts, respectively, using the MDSC. Vanderbilt is a participant in both initiatives which facilitates interactions with appropriate leaders.