An interview with Chuck Sanders, newly elected president of the Protein Society 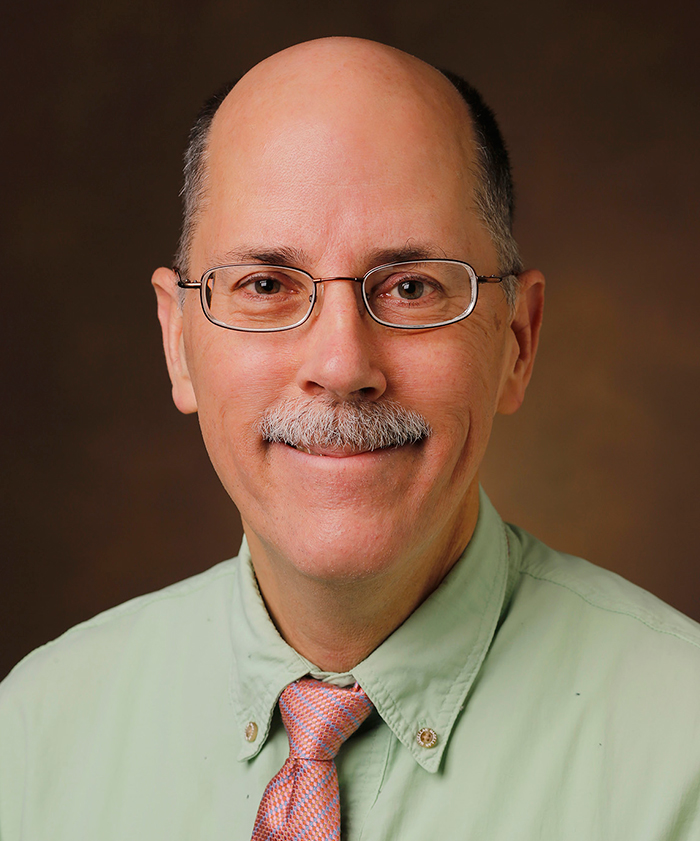 This summer, Chuck Sanders, associate dean for research, professor of biochemistry, and Aileen M. Lange & Annie Mary Lyle Chair in cardiovascular research at Vanderbilt University School of Medicine Basic Sciences, took the helm of the Protein Society as president with a term until 2024. Sanders was voted in as president of the society by its members and council.

Sanders received his Ph.D. with Ming-Daw Tsai at Ohio State University. He then conducted postdoctoral studies at Yale University with Jim Prestegard. After 11 years as a faculty member at Case Western Reserve University, Sanders accepted his role at Vanderbilt University in 2002.

Sanders has made significant contributions to the field of protein science. In 2013, he received the Protein Society’s Hans Neurath Award, shared with Jennifer Doudna, which recognized his “contribution of unusual merit to basic research in the field of protein science.” The society noted his central role in developing the use of bicelles for structural study of membrane proteins, as well as for his hallmark achievements of determining the structures of membrane proteins, including the structure of the transmembrane C-terminal domain of the amyloid precursor protein, which is associated with Alzheimer’s disease. He also was awarded the 2012 Anatrace Membrane Protein Award of the Biophysical Society.

More recently, Sanders has made significant progress in researching target proteins involved in Charcot-Marie-Tooth disease, including through a funded partnership with Ancora for therapeutic development of these targets. Additionally, the Sanders lab studies the relationship of the KCNQ1 potassium channel to long QT syndrome and, very recently, has contributed promising research on the SARS-CoV-2 E envelope membrane protein.

We sat down with Sanders to learn more about the Protein Society and protein science.

What is the Protein Society?

The Protein Society has been around since 1986 and brings protein scientists together internationally to benefit from each other’s scientific experience and to provide a nurturing and inclusive environment to promote networking, career development, and great science.

Why are proteins important in biomedical research?

We live in a protein-based world. DNA and RNA provide and mediate the blueprint for proteins, which then do most of the the work. Almost everything that happens in life is based on proteins serving as the worker bees. Every step you take is the result of energy-consuming protein machines. Everything you sense is based on proteins as detectors of the environment. The biomineralization processes forming teeth and bone are protein based. Every thought in your mind involves proteins mediating the biochemical and electrical processes that underlie memory storage and information transfer. When things go right, they go right because your proteins are working correctly, and when things go wrong, it is usually because something is wrong with one or more of your proteins (to be fair, often encoded by a mistake originating in the DNA blueprint).

So, malfunctioning proteins are then a major target for therapeutics?

Yes, 99% of all drugs target proteins.

How does the Protein Society disseminate science?

We host an annual symposium. Indeed, our own Walter Chazin is chairing the program committee for the July 7–10, 2022, meeting in San Francisco. We give out a great many travel awards for these meetings. We also recently developed a lively webinar series during the early stages of the pandemic that we intend to continue.

We also publish a journal, Protein Science (impact factor 6.7). It is a matter of great pride that Brian Matthews has been the Editor-in-Chief of this journal for many years and that John Kuriyan is now getting ready to take the helm. Both are widely revered scientists. Finally, we confer a series of annual awards to highlight great science, great service, and the investigators responsible! For example, I was thrilled when Billy Hudson was awarded the 2017 Carl Brändén Award by the Protein Society for both his awesome scientific research and for his tireless devotion to getting underprivileged young people excited about science.

How did you become a member and how did that lead to your current role as president?

I got involved when I received the Hans Neurath Award from the Protein Society in 2013. My friend Jim Bowie (UCLA, then-president of the society) invited me onto their council for several years. While I tried to decline the recent nomination to run as president, the current president, Amy Keating (MIT), got me on a Zoom call and, well, here I am, El Presidente. Dr. Keating is very convincing.

What is your top priority as president?

I think the society will succeed to the extent that its members find that it acts as a scientific home community and where participation is fun, scientifically enriching, and career promoting.

Attaining these goals must include constantly being on the lookout for ways to nurture women and underrepresented minorities in science.

Are there still areas to uncover in basic protein science?

It is amazing how every few years something comes along that is completely unexpected and opens a whole new sub-field of knowledge. When I was a beginning graduate student I thought, “How sad it is that by 2020 we will know just about everything there is to know about biomolecules!” Silly me.

What is the next frontier for protein science?

Predictions are always tricky, but it is clear that the age where artificial intelligence is applied to protein science is upon us, and is likely to grow and grow and grow. See this recent article in the New York Times titled “A.I. Predicts the Shapes of Molecules to Come.”

One example of a current frontier is the recent realization that there are proteins and also RNA molecules that will clump together to form little particles (sort of like oil droplets) in your cells. Some people call this “liquid-liquid based separation.” It is a way of organizing molecules in your cells that had escaped detection before just a few years ago. These droplets are now known to be widespread and likely play a host of roles in healthy and pathobiological processes. This is becoming a huge area of protein science. Did someone say “Nobel Prize”?

How is the Protein Society impacting this science?

Most members of the Protein Society participate in other societies and areas of science where their study of proteins is used to solve biological, biomedical, or biotechnological problems. However, the Protein Society, at its best, provides a welcoming environment where we can get together and talk shop about and appreciate proteins and their fabulously beautiful structures, interactions, and functions as entities to be appreciated—not just for their utility, but because they are intrinsically interesting. Yes, very geeky! But it is this very geekiness that enables the deeper levels of knowledge that potentiate useful discoveries.