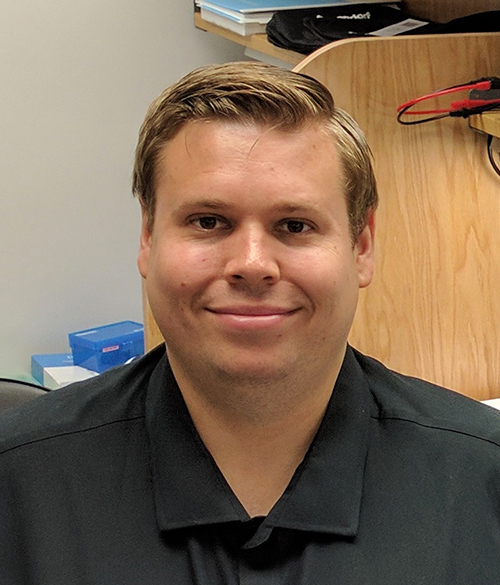 For cellular life to exist, genetic material must be copied and passed on to newly-divided cells. In eukaryotes, this process is phenomenally accurate and occurs with an error rate of around one in a billion. The fidelity of DNA replication is ensured by both the biochemical composition of the replication machinery and careful orchestration of the different stages of replication. Decades of study have yielded much information about; replication ‘initiation’, in which macromolecular machines termed ‘replisomes’ are loaded and activated at ‘origins’; and replication ‘elongation’, in which replisomes copy DNA at ‘replication forks’. In contrast, termination, which is the final stage of DNA replication, is poorly understood. It is critical for human health that we gain a complete understanding of how DNA replication works, given that various mutations in the vertebrate replication machinery that are sufficient to cause a variety of diseases (from cancer, to drwarfism, and even neurodegeneration) and subversion of DNA replication is an essential part of oncogenesis.

In humans, ~60,000 initiation events occur each S phase, and ultimately trigger ~60,000 termination events. Proper execution of these events is necessary, as failure to replicate even a ~10 base pair stretch of DNA during termination would lead to catastrophic chromosome mis-segregation during the subsequent mitosis, or activate error-prone DNA repair pathways that would elevate the mutation rate. However, until recently the basic events of termination were unknown, and no termination-specific proteins were identified (Dewar and Walter, 2017, Nat Rev Mol Cell Biol). My lab studies replication termination, employing a variety of biochemical approaches and exploiting the power of frog egg extracts, which are a rich source of proteins involved in DNA replication. We are currently focused on the following areas:

2. Replication and termination at telomeres
In humans, ~100 termination events occur at telomeres each cell cycle, when individual replication forks travel unidirectionally towards chromosome ends. Telomeres are nucleoprotein  complexes that distinguish chromosome ends from DNA double strand breaks. This crucial role is fulfilled by the ‘Shelterin’ complex, which binds to telomeric repeat sequences and ensures that telomeres do not trigger checkpoint activation or undergo the processing associated with DSB repair. Although several Shelterin components and other telomere-interacting factors have been identified, multiple aspects of telomere replication, including the mechanisms of termination, are unclear. It is important to understand how telomeres are replicated, as defects in this process underlie both cellular aging and oncogenesis. We are currently developing in vitro systems to study telomere replication by adapting strategies that I previously developed to study DNA repair (Duxin et al, 2014, Cell; Zang et al, 2015, Nat Struct Mol Biol). Our goal is to study how telomeres are replicated and maintained, and ultimately use mass spectrometry to identify novel factors involved in these processes.