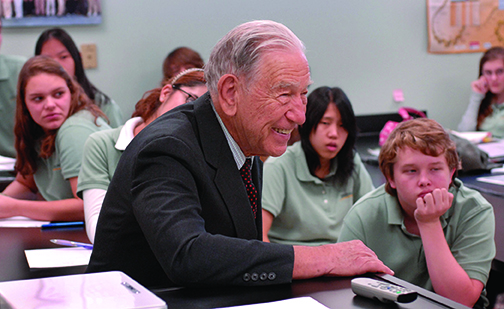 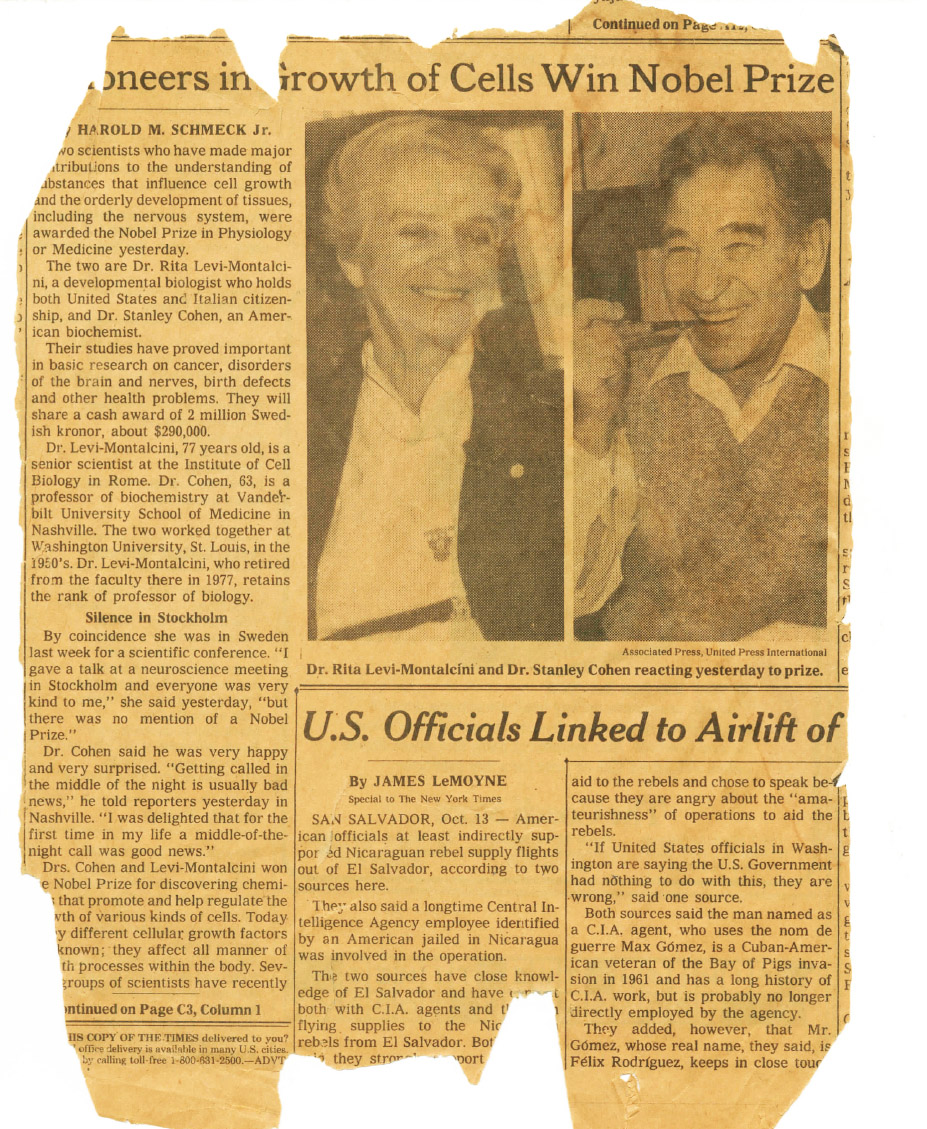 Original clipping (left) unearthed by Dr. David Bader and shared with our Department. The article is from the 1986 New York Times piece on our illustrious Nobel Prize Winner, Dr. Stanley Cohen. Below are links to the full text of the article as it appeared in print, along with another New York Times article also written about Dr. Cohen in the same time period.

“Man In The News; Holdout On Big Science: Stanley Cohen” 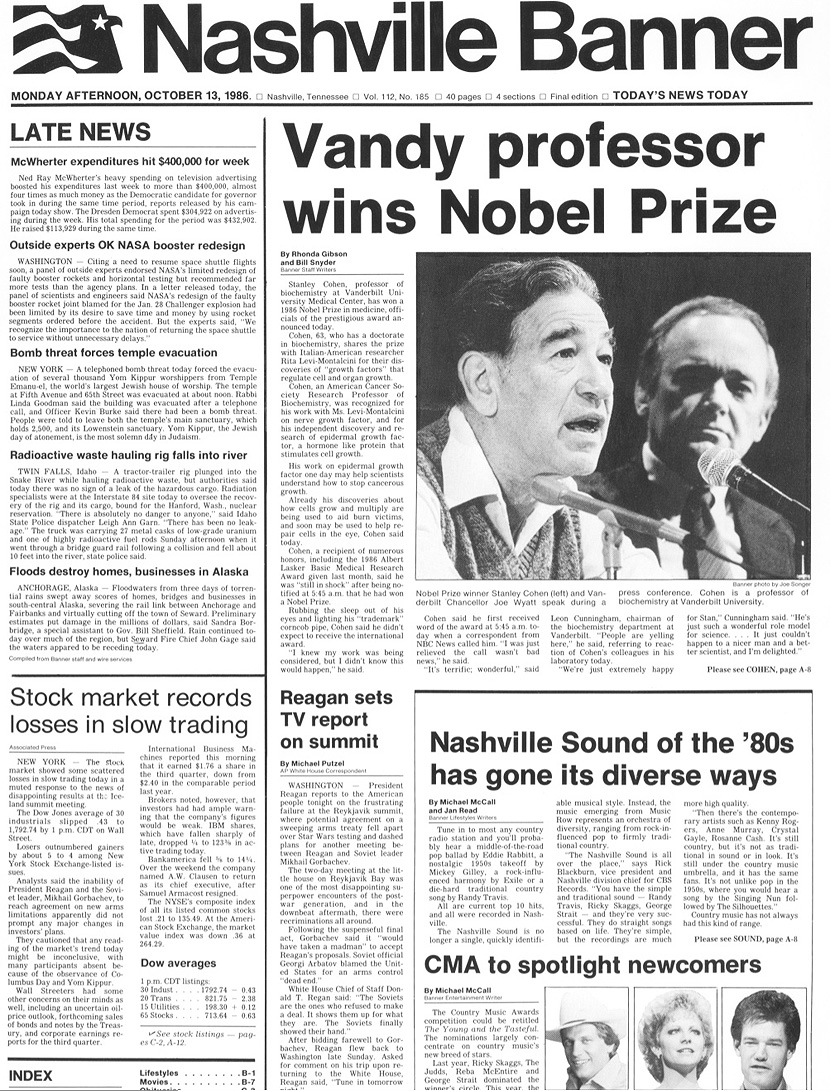 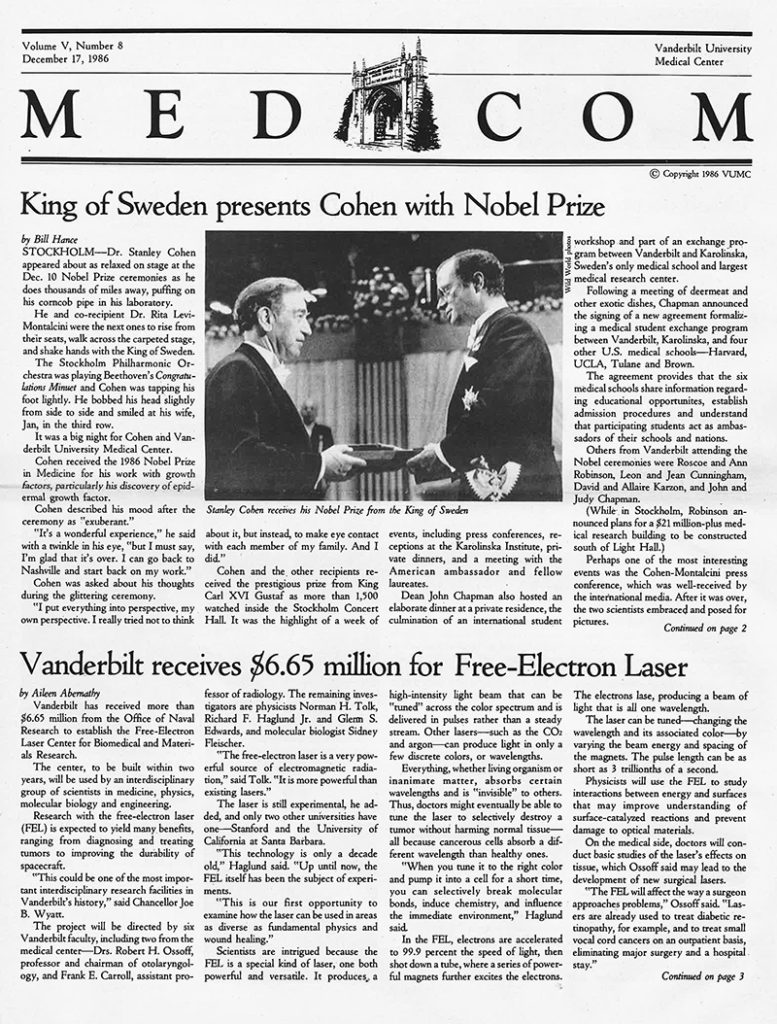 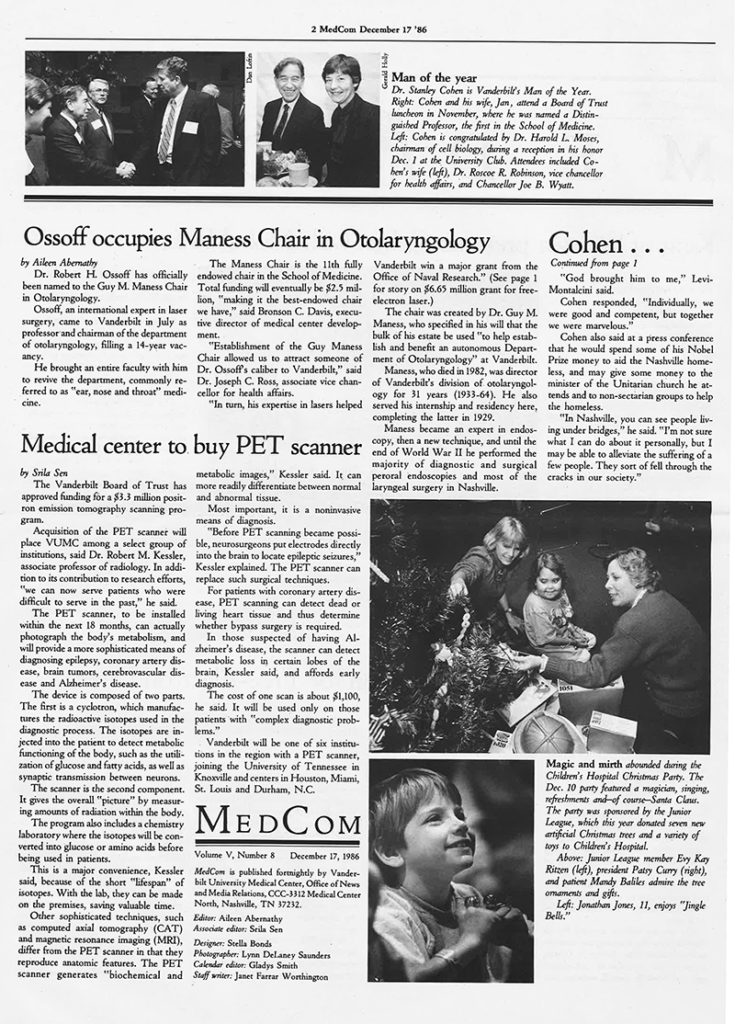 Jan Jordan provided a retrospective of the Nobel prize, awarded to her late husband, Stanley Cohen. Along with Dr. Rita Levi-Montalcini, Dr. Cohen was awarded the 1986 Nobel Prize in Physiology or Medicine for the isolation of nerve growth factor and the discovery of epidermal growth factor. (View Presentation)  The Nobel Prize Day recollections of Jan Jordan on December 10, 2021, were followed by a private dedication ceremony honoring our illustrious Nobelist Dr. Stanley Cohen. The bench named for Dr. Cohen is prominently placed where a new generation of scientists can ponder scientific thoughts while viewing a stately oak within the Vanderbilt Arboretum. The white oak tree has a name placard on it identifying both the scientific tree species and honoring Dr. Cohen. We thank the York family for their donation of this apt memoriam, sure to be enjoyed for many years to come.

Stanley Cohen, our Nobel-prize winning Professor Emeritus, has been named to the Tennessee Health Care Hall of Fame by Belmont University and the McWhorter Society (see induction program). This accolade recognizes men and women who have made significant and lasting contributions to the health and health care industry. 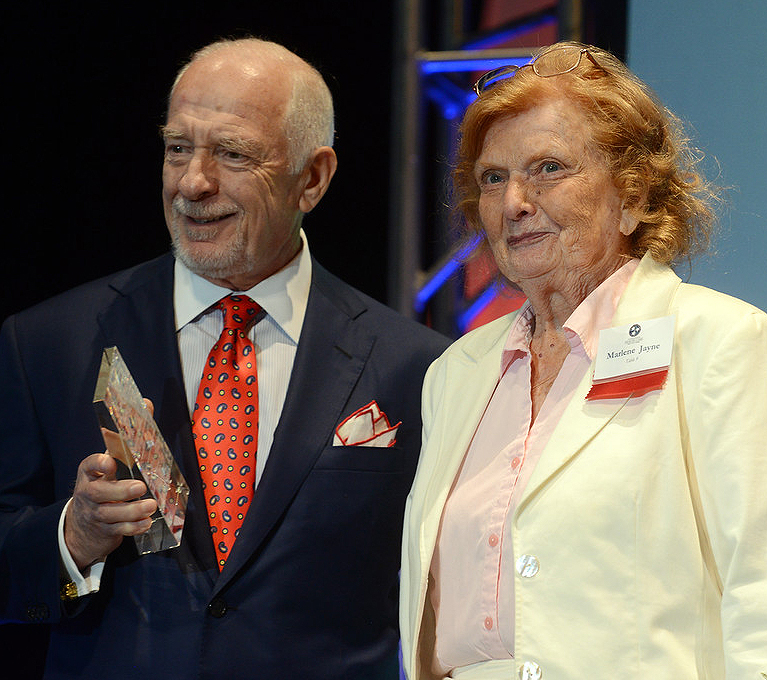 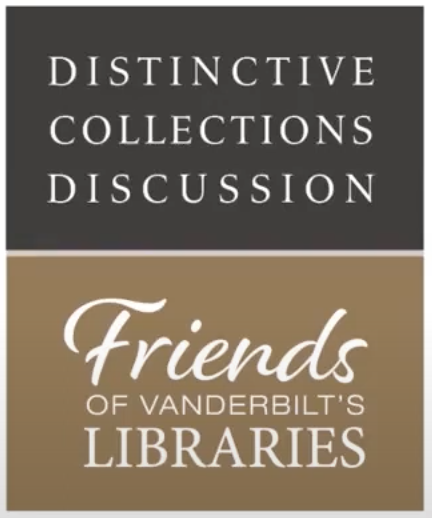 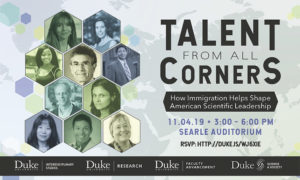 The American Society for Biochemistry and Molecular Biology member magazine published this retrospective of Stanley Cohen in its March 2020 issue. 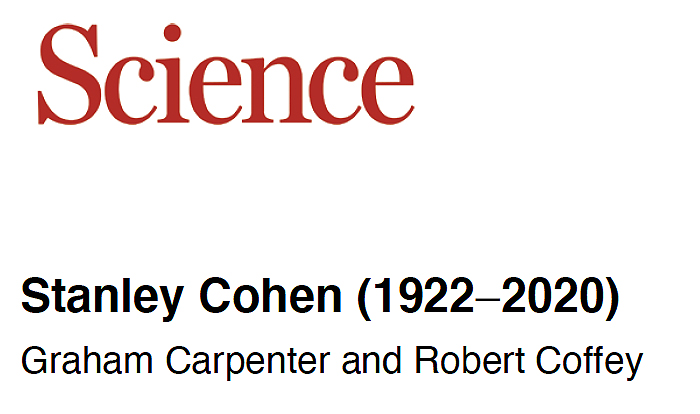 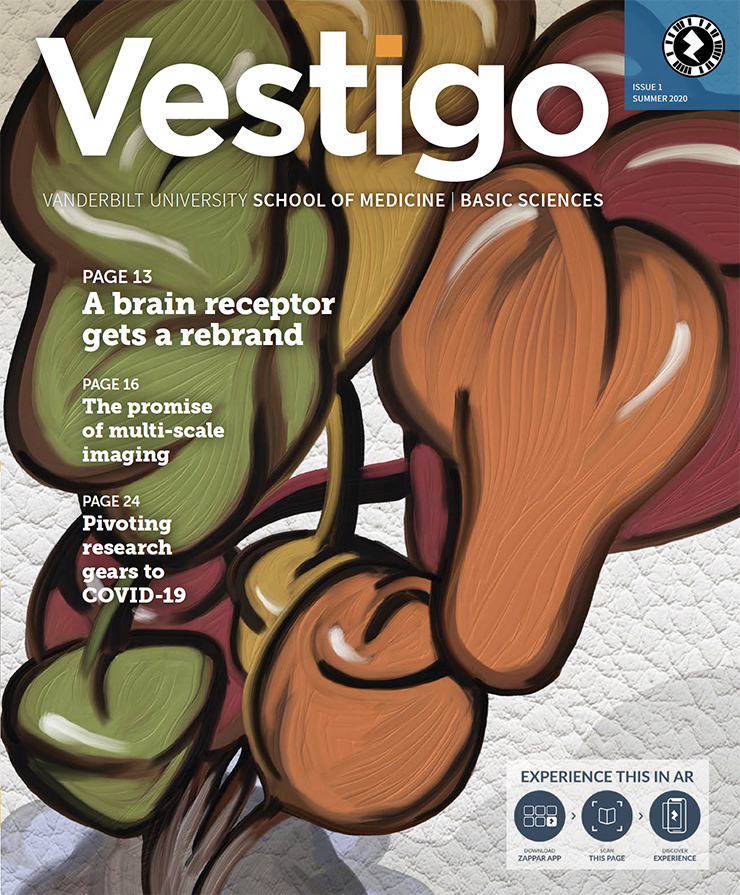 The Vanderbilt University School of Medicine Basic Sciences published this article by Lorena Infante Lara in the inaugural issue of their in-house magazine, Vestigo. 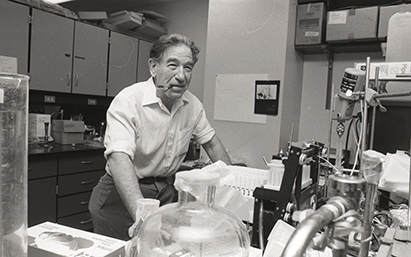 Give to the Stanley Cohen Innovation Fund here.

The Vanderbilt University School of Medicine is pleased to solicit applications for research awards from the Stanley Cohen Innovation Fund. The Cohen Fund supports high-risk, ground-breaking research with the potential to open new fields of scientific inquiry and biomedical impact. Initial awards of up to $100,000 (direct costs) will be made from the Fund. Awardees can receive a second year of funding, pending adequate progress.

The awards honor and are in memory of Professor of Biochemistry and 1986 Nobel Laureate Stanley Cohen, whose discovery of epidermal growth factor and its mechanism of action revolutionized our understanding of cellular signaling in fields of biomedical research such as development, wound healing, and cancer and led to high impact therapies across a range of diseases. Professor Cohen’s work will serve as the prototype for research that will be supported by the Fund. 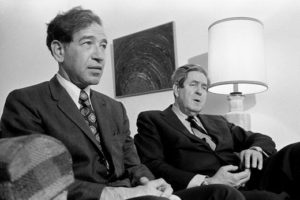 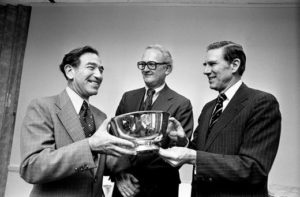 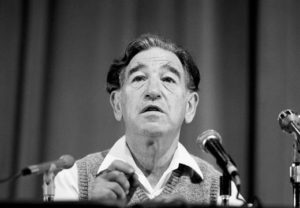 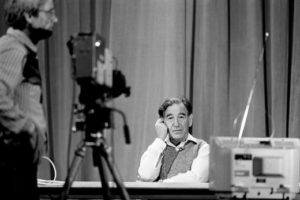 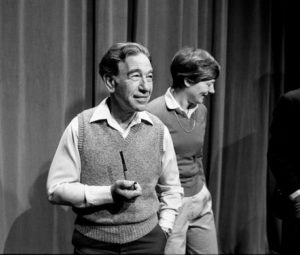 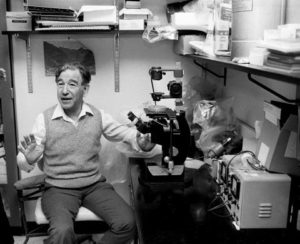 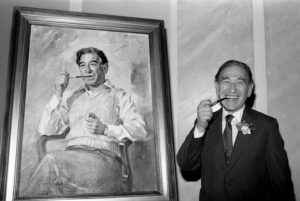 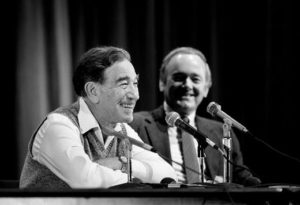