There is a lot more to Nashville than just country music and cowboy hats. Here is a selection of monthly activities that showcase Nashville’s vibrant food, music, and culture.

January – New Year’s Eve
Nashville was just voted the “Best place to ring in the New Year” by USA Today readers! Over 100,000 people came out to see fireworks and a free concert headlined by country/rock star Keith Urban. This event happens every year. 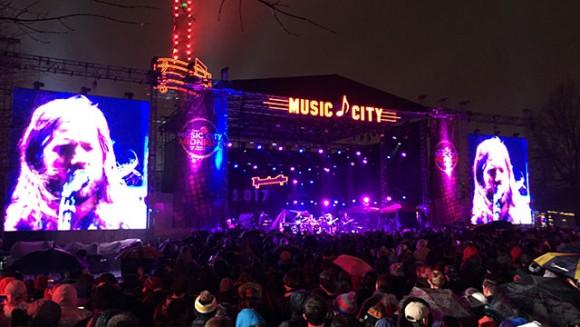 February – Downtown Art Crawl
The first Saturday of each month is an opportunity to see local Nashville art displayed throughout downtown Nashville. Remember to bring your ID! Most places provide free wine and cheese while you marvel at the local art. 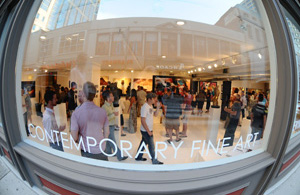 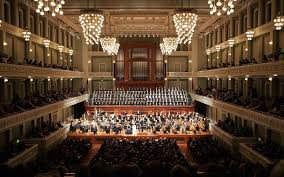 In December, Nashville was awarded one of the new expansion franchises for MLS soccer. In preparation, the team will be starting in the 2nd tier league, the USL, this March. The home opening soccer game will be at Nissan Stadium on March 24th and is slated to be the largest crowd in USL history. 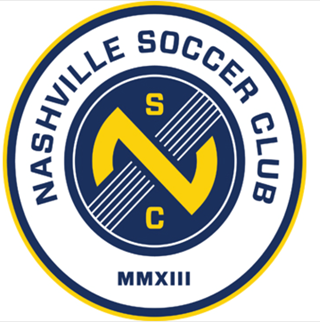 Cool fact about the logo: Those are 6 strings crossing the N, representing the six strings on a guitar.

April – Cheekwood in Bloom and Nashville Fashion Week
On the 55-acre estate of Cheekwood Estate & Gardens, over 100,000 tulips begin to bloom during the spring. Step out of lab and smell the roses! You can even grab a drink with friends at Cheekwood’s Beer Garden with live bluegrass music and food trucks, offered every Saturday in March and April, or Yoga in the Garden offered every Sunday. 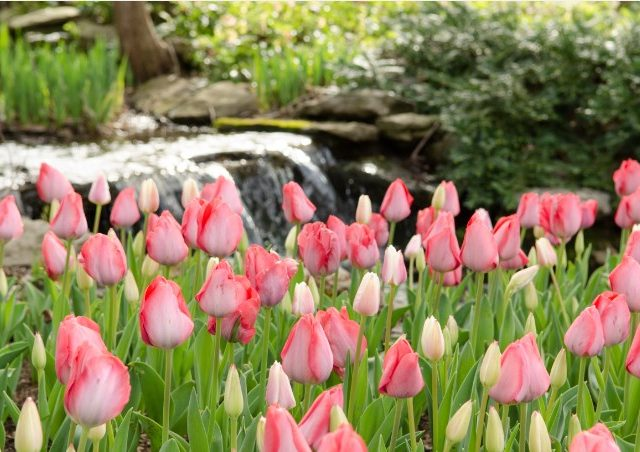 Also in April, Nashville Fashion Week’s opening night features the crowd favorite Nashville Designer Showcase, followed by the Ready-to-Wear Runway Show on Wednesday, Emerging Designer on Friday and the Finale Runway Show on Saturday night. Another highlight of this year’s event is a conversation with Amanda Valentine and Ayana Ife from “Project Runway.” 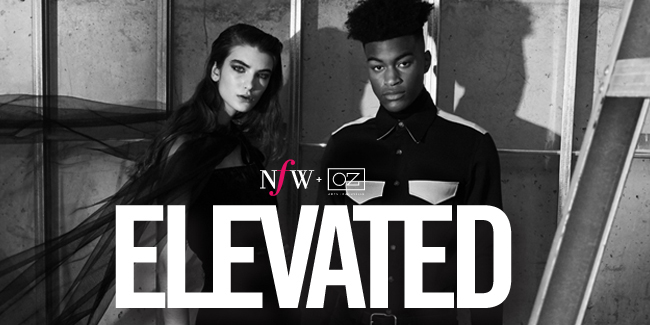 May – Nashville Film Festival and Steeplechase Horse Races
​The Nashville Film Festival is one of the longest-running film festivals in the country, celebrating its 49th year in 2018. Festival-goers enjoy adocumentaries and narrative features to animated and experimental shorts. Panels and workshops are also offered for those looking to enrich their knowledge beyond the screen.Last year, guests saw more than 300 films, including 18 World Premieres. 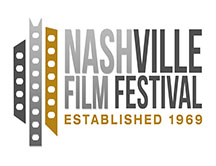 Even if you’re not a born and raised Southener, embrace your favorite pastel shirt, sundress, and–most importantly–lavish hat on a beautiful day to watch a horse race in May. The medical school sponsors tickets, so enjoy yourself! 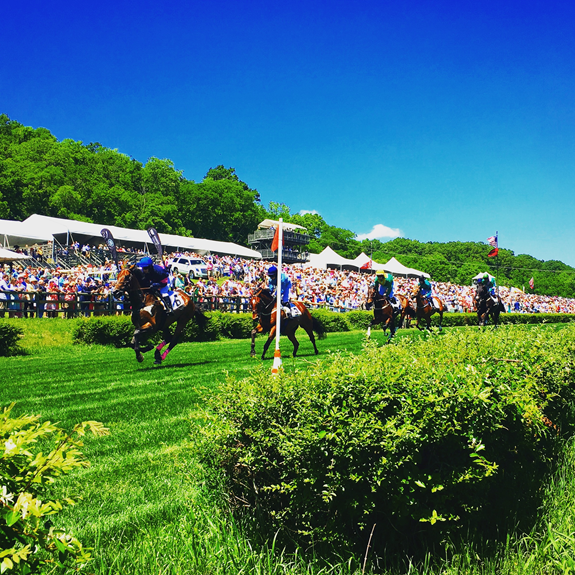 June – CMA Fest and Bonnaroo
The 2nd weekend in June marks the global music pilgrimage to middle Tennessee. There will be free country music throughout the weekend played on multiple stages throughout downtown Nashville. Each night, country music’s biggest stars sell out Nissan Stadium.

70 miles south, on a farm in Manchester, Tennessee, you can experience one of the biggest outdoor music festivals, Bonnaroo. Attendees camp out while they experience music that spans all genres. This year, experience Muse, Sheryl Crow, Eminem, Bon Iver, and The Killers, among many other artists. 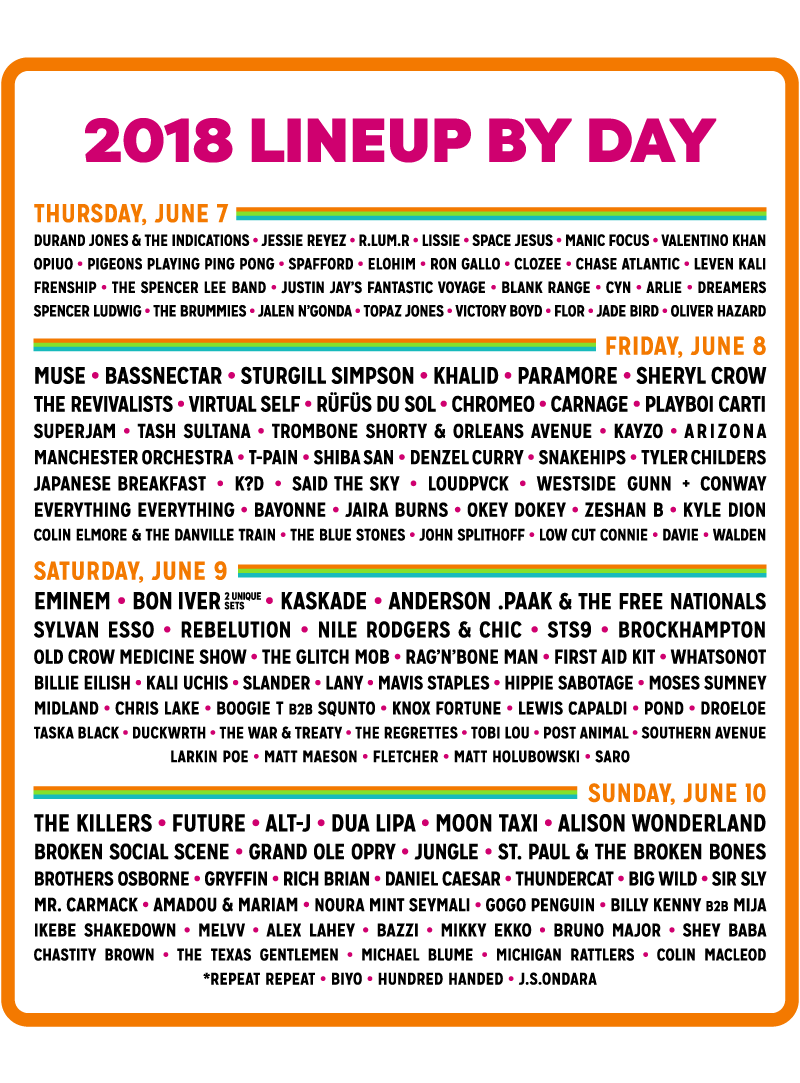 July – Hot Chicken Festival
Going on its 11th year, the best way to celebrate the 4th of July in Nashville is by sampling of hot chicken. This festival is a great way to experience the multitude of different Nashville hot chicken restaurants without driving around town. Complete with live music, local craft beers, and a hot chicken parade, what’s not to love about celebrating America’s birthday with Nashville’s hottest food? 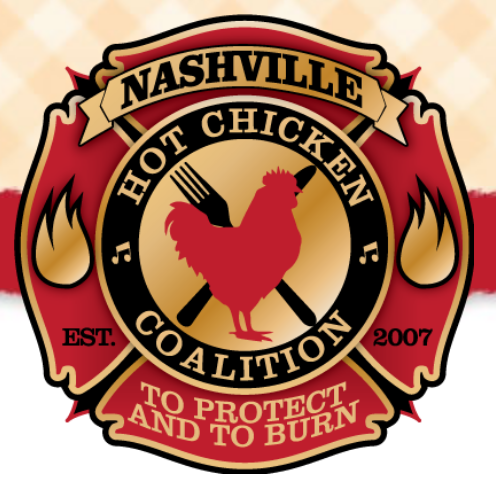 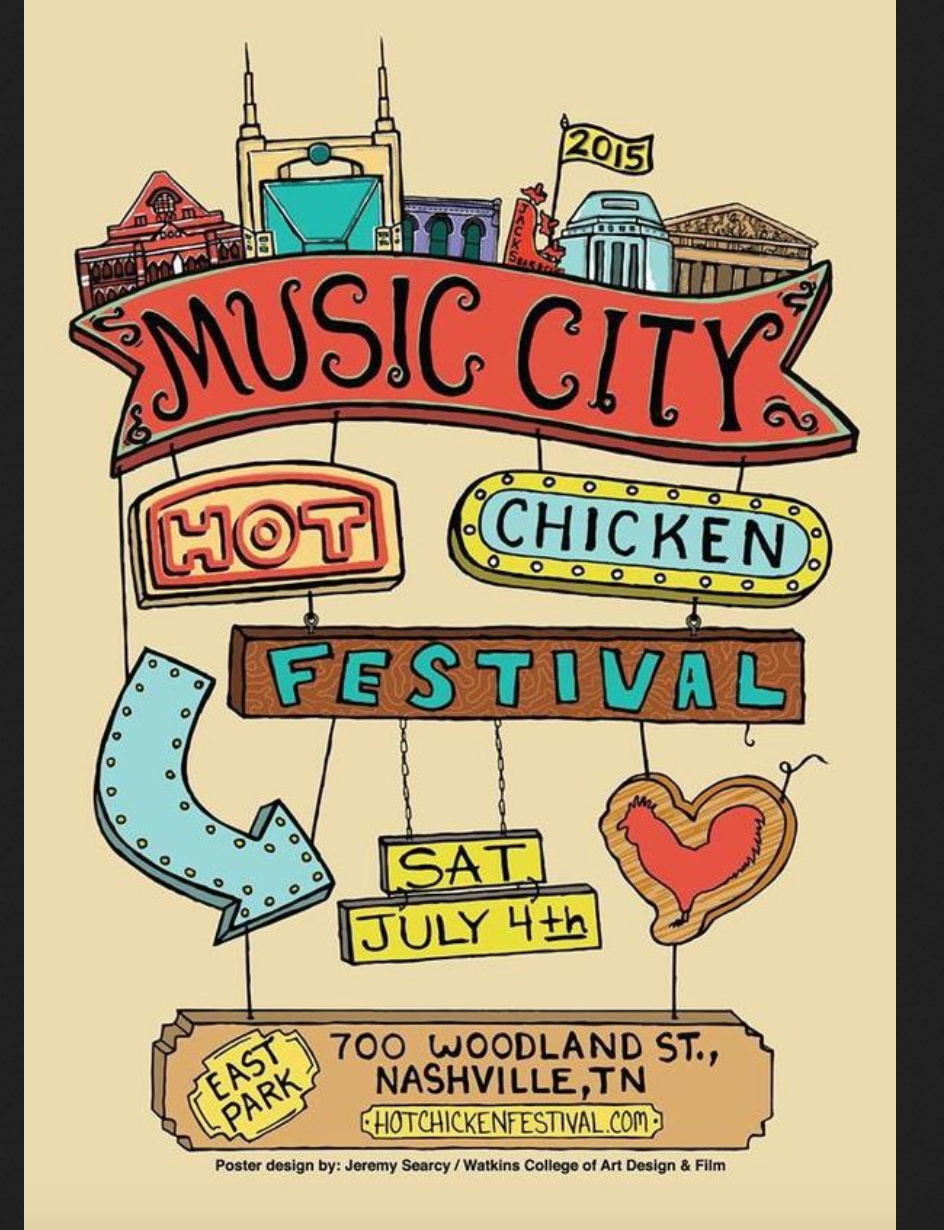 August – Tomato Art Fest
Tomato-based street art from local artists, food trunks using tomatoes in inventive ways, and even a tomato-based Yazoo beer are some of the many highlights from this two-day festival best enjoyed with friends. Stop at Five Points Pizza for some awesome garlic knots, and come home with an incredibly bizarre piece of tomato art. 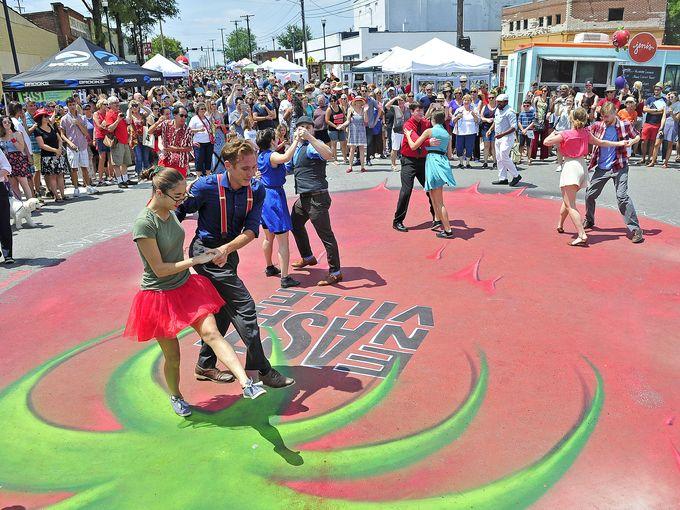 September – Nashville Taco Festival and Live on the Green
Tacos, Tacos, and more Tacos!!! Add a dollop of Chihuahua costume contest and a collection of hot peppers; there is something for everyone. Additionally, there will be a mechanical bull, live music, and salsa dancing at this festival in the Nissan Stadium parking lot.

Also in August and September, Nashville’s alternative radio station, Lightning 100, has been putting on a regular free concert in Public Square Park for the past seven years. During Labor Day weekend, the concern series culminates with a free three-day music festival. I have had the fortune of seeing great acts like Matt and Kim, Allen Stone, Andra Day, and Rodrigo y Gabriela all for free on beautiful Nashville evenings. 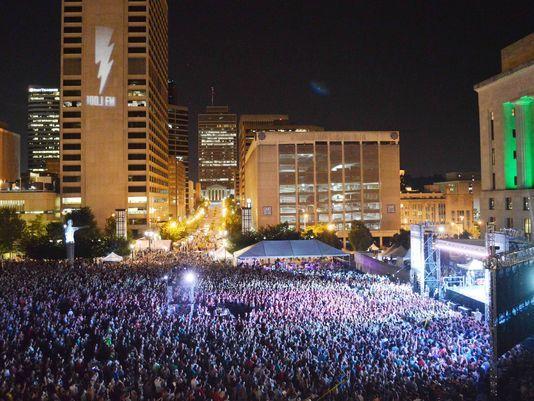 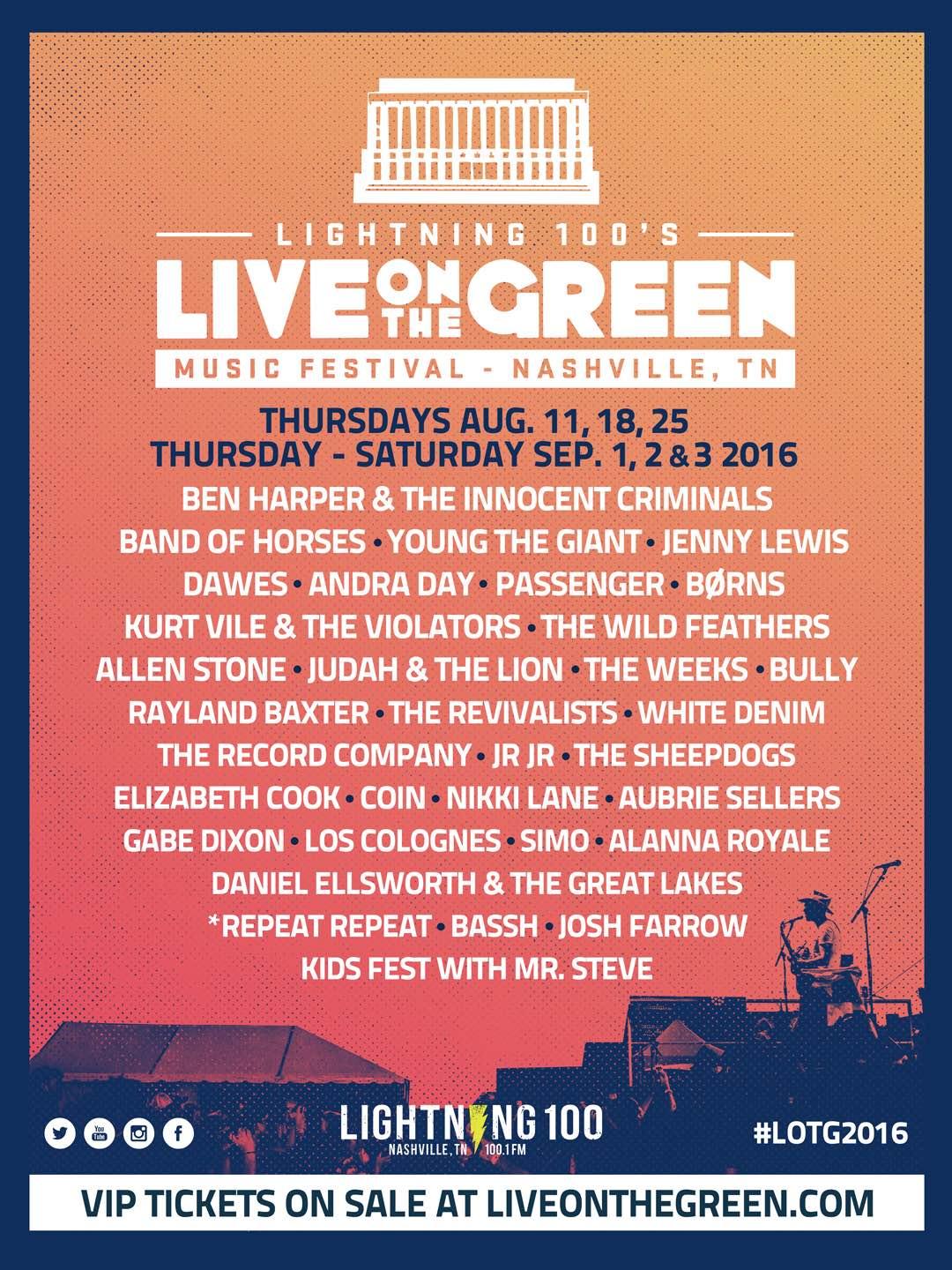 One of Nashville’s historic neighborhoods celebrates its history with steins filled with German beer, Bavarian music, and schnitzel. Bring your Lederhosen and enjoy a beautiful fall afternoon roaming the Germantown streets. This event was named one of the “most authentic Oktoberfests in America” by Business Insider. 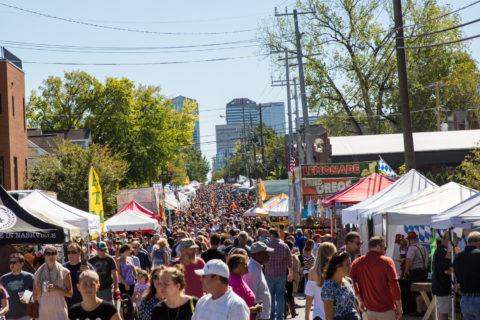 Speakers from many different scientific areas, from researchers at Vanderbilt to zookeepers to climate change lawyers, share their fields’ current challenges at one of Nashville local breweries on the second of Tuesday of every month. It’s a great way to get connected in the Nashville science community and see what science activities are happening in Middle Tennessee. 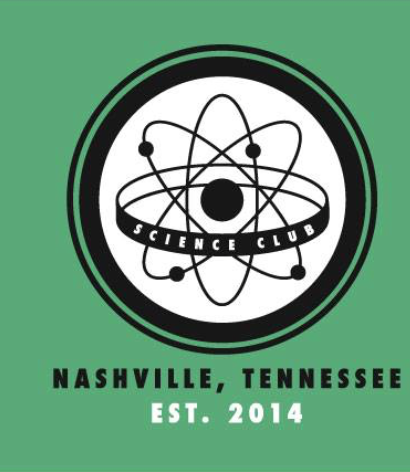 Nashville’s largest hotel, mall, and convention center combo throws an impressive holiday show with a copious amount of lights. Go with a group of your friends or loved ones to celebrate the holiday spirit. 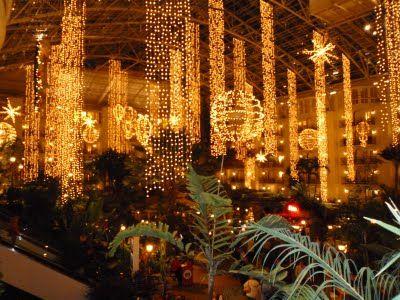