Posted by fettigma on Wednesday, January 30, 2019 in MSTP Workshop News .

On January 10, 2019, the Vanderbilt MSTP’s American Physician Scientist Association’s (APSA) chapter hosted Helen Hobbs, MD, a physician-scientist renowned for her work on the genetics of plasma lipid levels and cardiovascular risk. She is an investigator of the Howard Hughes Medical Institute and Professor of Internal Medicine and Molecular Genetics at the University of Texas Southwestern. In 1999, she helped organize the Dallas Heart Study, a multiethnic, population-based study that showed low frequency variants contribute to complex traits and diseases. Notably, she, along with her collaborator Jonathan Cohen, PhD, discovered that loss-of-function variants in PCSK9 lower plasma levels of LDL cholesterol and protect from cardiovascular disease. In her Discovery lecture to the Vanderbilt community, she described how this study also led to the identification of sequence variants associated with fatty liver disease. After her Discovery lecture, she spoke to the Vanderbilt MSTP over dinner at the Nashville Marriott at Vanderbilt University. During her talk, she gave tangible advice to students: work with the best people possible, replicate your findings, and tell a story with your research. Overall, the Vanderbilt MSTP enjoyed hosting Dr. Hobbs and listening to her words of wisdom. 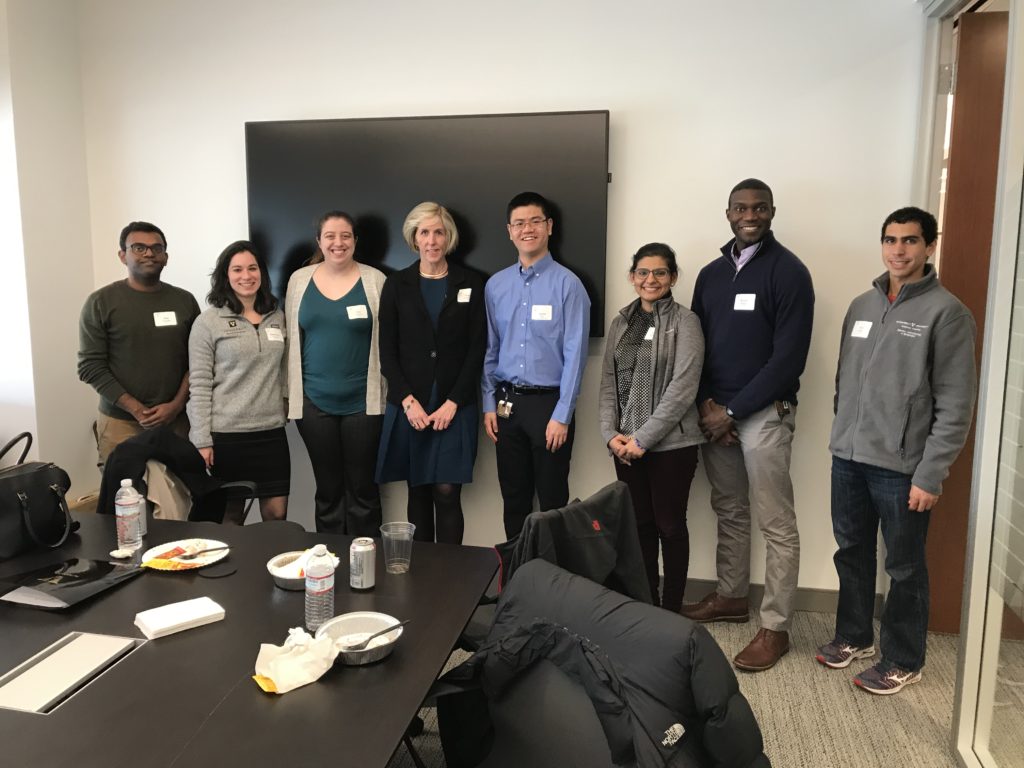