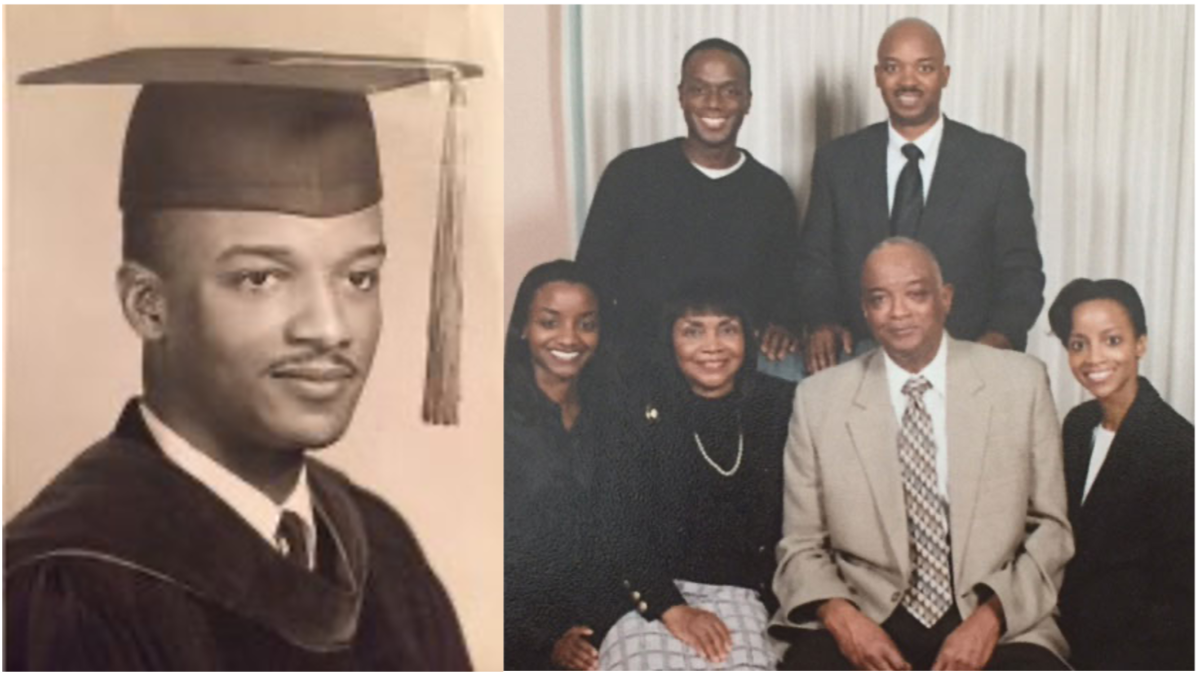 Dr. Harold Jordan, M.D., is an alumnus of the Vanderbilt University Medical Center (VUMC) residency program in psychiatry, and he was one of several distinguished alumni nominated for the Vanderbilt MSTP Advising College Namesake. Following medical school training at the prestigious Meharry Medical College, he completed an intern year at his medical alma mater. The following year in 1964, he matriculated at VUMC’s psychiatry residency program as the first and only black resident at the time. Dr. Jordan would then go on to serve as the Chair of Psychiatry at Meharry Medical College, Dean of the College, Assistant Commissioner for Psychiatric Services, and the Commissioner of Mental Health and Mental Retardation for the State of Tennessee. This past month I had the opportunity to connect with him and he was gracious enough to share some wisdom and professional insights that he gained throughout his career.

Dr. Jordan’s story is one of persistence and achievement in spite of formidable obstacles. At the time of Dr. Jordan’s matriculation into residency, he and his wife had just had their first child, Harold II. He recalled this being a time of “juggling his professional responsibilities with his personal ones”. At the time of his residency training, the current 80-hour resident work week cap would not be instituted for another 3 decades. Of course, navigating all these challenges would have been difficult enough without the burden of doing so as an African American man in a largely segregated institution.

And yet Dr. Jordan thrived. Upon being asked the secret to his success, his response was clear and concise. “I attribute my success to the work ethic my parents instilled in me. They were extremely hard workers.” And work he did. While completing his intern year at Meharry, Dr. Jordan’s excellent performance on the wards caught the eye of Dr. Lloyd Elam, a senior Psychiatrist who would later serve as president of Meharry. Dr. Elam took Jordan on as a mentee and recommended that he apply for one of the 3 residency spots offered by Vanderbilt’s Psychiatry department. The year was 1963 and the Civil Rights movement was well underway. Dr. William Orr, the Chairman of VU’s Department of Psychiatry, was searching for a talented black young student for the explicit purpose of integrating the department. Dr. Harold Jordan was the one.

He joined the program in 1964 and over the next several years, Dr. Jordan recalls experiencing a number of major milestones in his life. He and his wife had their second child, Vincent, during residency. The Civil Rights act of 1964 was signed one day after he started his residency, and locally in Nashville, the civil rights movement continued to drive upheaval and sociopolitical dissent. Dr. Jordan did not speak at length concerning the impact of these events during his time as a trainee. Nevertheless, it is worth noting the profound effect of the civil rights movement in Nashville during his years as an intern and resident.

The late 50’s and early 60’s were a time of tremendous upheaval in Nashville. 1957 saw the horrendous bombing of the Hattie Cotton Elementary school- a reprisal from segregationists for the school’s decision to admit a single 6 year old black girl following Brown V Board of Education1. Nationally the fight for civil rights was growing both in volume and intensity. All through Nashville, students and clergy were coming together in coordinated demonstrations. 1960 saw the first of many sit-ins at segregated restaurants here, including prominent establishments such as Woolworth on Fifth. Rev. Dr. Martin Luther King Jr. traveled to Fisk University to speak on multiple occasions. The home of prominent civil rights attorney Alexander Looby was bombed on April 19th2. That property is located quite literally across the street from the Meharry medical campus3. 1961 saw a number of coordinated attacks on Freedom riders peaceably working to integrate interstate bus lines. Though the worst of these attacks were in South Carolina and Alabama, students across the south were advised to pursue other, less risky forms of activism. Students from Meharry, Fisk, TSU, and American Baptist Theological Seminary gathered together and chose to carry on- planning and executing 13 additional freedom rides starting here in Nashville2.

Dr. Jordan was a student at Meharry during many of these events. From Hattie Cotton elementary school to Freedom Riders setting south to the riots resulting from coordinated sit-ins, he saw first hand the violence perpetrated against black individuals who refused to be excluded from historically white spaces. And yet he walked forward. For those who lived through the revolutionary years of the civil rights era, it may well be the case that the bravery and risk associated with such a decision goes without saying. For those of us removed from this history by time or cultural separation, explicit recognition of this fact is vitally important. Dr. Harold Jordan chose to integrate Vanderbilt’s residency program at a time when civil rights conflicts were flaring hot. This was a choice of extraordinary bravery. In doing so successfully, he would pave the way for many to follow, including his wife, Geraldine, who successfully completed a Masters degree in Nursing following his time in residency.

Psychiatry was a productive field for Dr. Jordan. He valued the impact that could be made in supporting people through their feelings and emotions. In spite of the tensions in the public sphere, he recalls a relatively unsurprising training period at Vanderbilt in which he learned a great deal. When asked about the most critical attribute of a good physician, he replied, “the most important thing is to show compassion and be as caring a physician as possible.”

The power in these words is easy to overlook. We are often told to be kind and compassionate as physicians in training. In the 60’s, Vanderbilt was an overwhelmingly white institution and, as I’ve learned full well, patients rarely leave their politics at the door. For 3 years, Dr. Jordan trained in this environment, providing thoughtful, personalized care to his patients. And after all this, looking back on his career, he could have chosen any attribute to describe a good physician: resilience, intelligence, grit, curiosity, efficiency and so on. Yet the words he chose were compassion and care. This is certainly worth remembering as we prepare to step into the world of institutionalized medicine with all its varied incentives and expectations.

Transitions are both difficult and important. In 1967, Dr. Jordan completed his residency and stepped into his role as an attending physician. Reflecting on this time, he noted that in independent practice, “You have complete autonomy… You are the captain of your own ship and are totally responsible for the lives of your patients which is a big responsibility.” It was in discussing this transition that he emphasized the importance of many skills we are taught to value. These included continuing physician education, staying up to date with the literature, seeking expert opinions when patients don’t fit the mold, joining organizations, and lastly to “always keep learning.” For Dr. Jordan, professional development is clearly a lifelong pursuit.

Throughout his life his career grew and changed. He was appointed to serve as the Assistant Commissioner for Psychiatric Services in Tennessee. He worked tremendously hard to serve the people of Tennessee in this position and his efforts did not go unnoticed. Another appointment followed and Dr. Jordan soon found himself to be the Commissioner of Mental Health and Mental Retardation for the State of Tennessee. Serving in this position was “one of the highlights of my career,” Dr. Jordan mused in his reflections. Specifically, he felt that transitioning to the public health sector allowed him to both oversee the provision of mental health services to broader swaths of people and to ensure that mental health laws were being upheld. In addition, Dr. Jordan would go on to serve as the Chair of Psychiatry at Meharry Medical College where his journey as a physician began.

In integrating Vanderbilt’s residency program, serving patients as a clinician, and overseeing the provision of mental health services at a statewide level, Dr. Jordan is a shining example of what it means to be a trailblazer and a changemaker in medicine. It is Vanderbilt’s great privilege to claim him as an alumnus. In closing our interview, Dr. Jordan offered this final piece of wisdom.