When a high school injury derailed his future plans, Sam WiseCarver found a path to Vanderbilt

Standing in his biology classroom at Science Hill High School in Johnson City, Tennessee, a 17-year-old Samuel WiseCarver thought more about soccer practice after school than the Punnett squares in his textbook. He took rigorous classes to be with his friends, but he said he applied himself a little less to work than play. 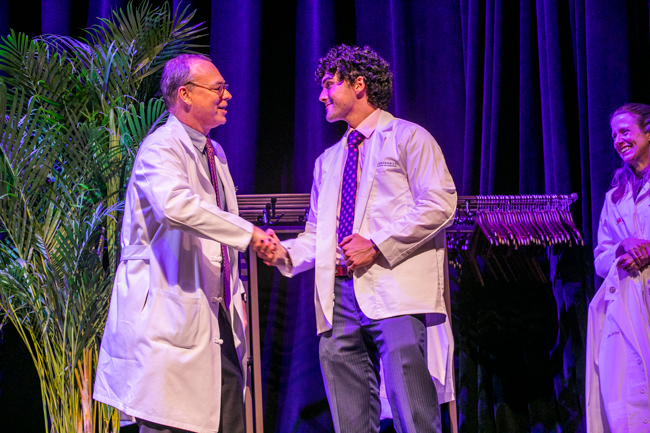 “My freshman year of high school, I took Spanish I and had like a C. I was fluent in Spanish,” he said. “I just didn’t really try. It didn’t seem that important.”

Soccer provided an outlet for him to excel and be with friends. As the son of a Brazilian immigrant, he embraced the sport. But when he injured his adductor muscles during senior year, his soccer career effectively ended.

“I still can’t run very well,” he said, grasping both his thighs. “My life kind of revolved around soccer because I had fun and was good at it. That’s where I put my effort. Then I got injured, and all of the sudden, this thing where I’d put all of my effort and enjoyment didn’t exist for me anymore.”

The head coach at East Tennessee State University had already recruited WiseCarver to play there, but after the injury, he needed another reason to attend college.

He needed to find a new field.

The words of a classmate rang in his ears: “You know, you could actually be good at school if you’d actually try.” He thought about the subjects that might interest him, transported back to his days as an elementary schooler. He pictured little Sam, the one student picking out nonfiction books about science topics at the book fair while his classmates clamored for “Junie B. Jones” and flashy pens.

He had always heard his mother, a physical therapist, come home and say how much she loved working with her patients. With a love for science and a similar affinity for people, WiseCarver realized he ultimately wanted a career in medicine. 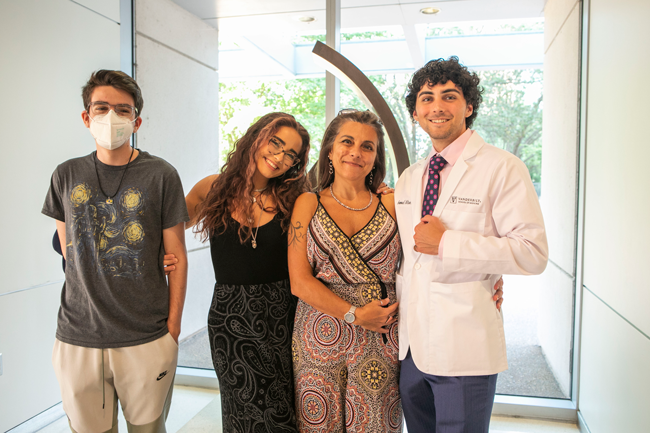 Confronted with a need to forge a new path to ETSU, he applied himself to his studies senior year. He wanted to prove to himself and others he could rise against the adversity. He even went so far as to declare a major in chemistry for the challenge, seeking to demonstrate to himself and to future medical school admissions committees that he could be a dedicated, serious candidate able to meet meticulous demands.

WiseCarver found a passion for the subject that led him to tutoring, an activity that would inform his career trajectory.

“I tutored my classmates and did structured supplemental instruction for Chemistry I and II, two semesters,” he said. “I realized professors didn’t teach concepts in the way my brain understood them, so maybe other students are also understanding it the way I am – or could understand it the way I did. So, I went into it with that mindset. I didn’t want to just reteach them the way they did it. I wanted to give them another understanding for the material, not just, ‘This is why this happens, and you should always do it like that.’ That was really important to me in my learning.”

Through his innovative approaches, his students began to grasp concepts with different paradigms, approaching topics in new ways to find solutions. He watched proudly as they moved on from the topics with which they had struggled.

“I had two students that are both in physical therapy school now. They came to me after the semester and were like, ‘Thank you so much. You helped us pass. That was really helpful,” he said.

Ironic, he thought. He, the student who once struggled to pass AP Chemistry, became the teacher. WiseCarver then realized he wanted mentorship to be part of his life.

With combined desires to practice medicine, teach, and research, he wanted to learn more about academic medical institutions and teaching hospitals. He found a medical research fellowship program through Stanford University where he investigated menopause as a risk factor for heart attacks. The intricacies of the cardiovascular system and the neurological system sparked an interest he plans to carry forward at Vanderbilt University School of Medicine (VUSM), where he felt most at home during the medical school interview process.

“When I was at ETSU, I mentioned to my research PI that I thought I wanted to go to an academic medical institution, but I didn’t know what that looked like,” WiseCarver said. “I’d never experienced research at one. So, I applied to the program at Stanford, and I got to experience what it’s like doing research, working with people whose lives revolve around medicine and teaching. The caliber of resources that are available at places like Stanford and Vanderbilt is insane. I could do whatever I want.”

“During the interview process, every school is going to tell you the same thing. But you could tell during the interview at Vanderbilt that VUSM is really welcoming. Everyone is so nice. My interview almost wasn’t stressful. I enjoyed it, I enjoyed the people I was talking to, and I valued the time I spent doing that.”

Now a first-year MD student, he solidifies his passions in the classroom. Though he wants to explore different specialties and practice areas during his clinical rotations in the future, WiseCarver retains that desire to teach fostered at ETSU.

He looks to his current professors as examples.

“Just listening to the professors here, I’ve never in my life had a professor like any of those I’ve encountered here so far. They come to class and are just so good at teaching and simultaneously at caring. And somehow apparently do research at the same time…It’s just so impressive,” he said. “Watching them, it’s like, ‘Okay, I want to be like you.’ And the idea of being that person for somebody else. That’s so cool.”

WiseCarver plans to get involved early in mentorship at VUSM, particularly by working with the admissions committee. Remembering the smiling faces and reassurance that greeted him, he hopes to provide the same support for incoming classes, particularly for minority students who often do not see representation in the medical field.

At ETSU, WiseCarver engaged with students of all backgrounds through the Minority Association of Pre-Health Students and in his culture and health minor program. He made close connections with students in those groups who shared class schedules but brought varied perspectives to premedical studies.

“Everybody had different stories, everybody had different experiences before they came to school, while they were in school, and that made it really cool to be able to work with them,” he said. “We would talk about all these different circumstances. People mentioned challenges and experiences I’d never dealt with in my life, and I was like, ‘Woah, that’s so crazy that you’ve had this experience and carried this with you.’”

“It’s crazy to hear how people live very different lives and live differently each day, even within the same programs or cities. Life can be influenced by so many different factors.”

With social determinants of health in mind, WiseCarver signed up to volunteer at Shade Tree Clinic, a student-run clinic providing free health care to individuals who are uninsured, underinsured, or housing insecure in the Nashville community. Around half of all patients are non-English speaking, instead communicating in Spanish, Russian, Urdu, Arabic, Dinka, and other languages.

As he heard other languages during his training session, he couldn’t help but to think of his mother and trying to help her in a new country.

“My mom and I learned English at the same time. She came here to be a physical therapist,” he said. “I was in English as a Second Language (ESL) classes as a kid and would teach her the English we learned at school. She didn’t know much else… These patients are the nicest people I’ve ever met. It’s so cool to work with them, take care of them, and talk to them to see that experience again. These people have their own lives, and we’re here to make it better.”

He reflects now on what it means to make a life better. To help those systemically disadvantaged. To teach those who need guidance. To research for advancements to improve quality of care. And to take a look in his own mirror to find ways to improve, especially in the areas that might not initially seem so essential.

Like his mother said, “Do what you’re good at, but be good at something important.”

WiseCarver has found his something important, and he’s pursuing it at VUSM.