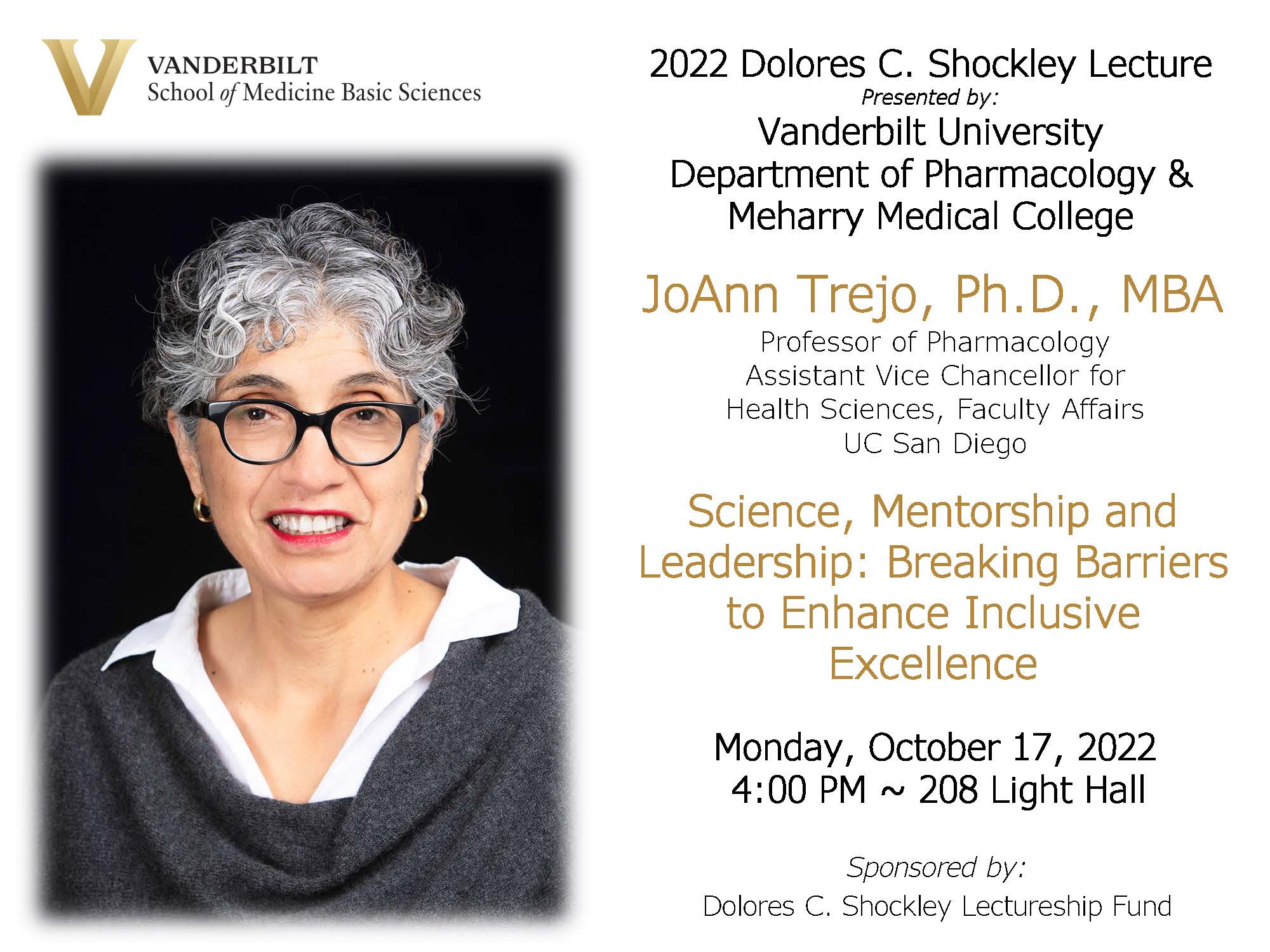 Dr. Shockley completed her early education at Booker T. Washington in Clarksdale, Mississippi until the tenth grade. She left home to attend Mary Holmes College, a private high school for black girls, located in West Point, Mississippi. After graduating in 1947, she enrolled in Pharmacy school at Xavier University in New Orleans, Louisiana, where she earned her B.S. in 1951 and was number one in her class. She continued her education at Purdue University in West Lafayette, Indiana, where she received her M.S. in 1953, and her Ph.D. in Pharmacology in 1955 at the age of 25. Dr. Shockley was the first black woman to receive a Ph.D. in any discipline from Purdue University and was the first black woman in the United States to receive a Ph.D. in Pharmacology.

Dr. Shockley’s research focused on the chemical compounds to treat stimulant dependency and overdose.  As Chair of the Department of Pharmacology at Meharry, she worked closely with Dr. Lee Limbird to unite students at Meharry Medical College and Vanderbilt University.  Together they developed several joint programs.  These interactions continue today with a joint pharmacology scientific retreat each year that inspires collaboration and continued reciprocal mentoring.  She worked tirelessly to help others for more than 50 years. She loved to see her students succeed.

After her retirement, she continued to serve on many national committees including NIH, NSF, NRC, and FDA. She held offices in the American Society of Pharmacology and Experimental Therapeutics (ASPET). The society established a travel award in her honor for student(s) to attend the national meeting biennially. Other distinguished honors include, the Dolores C. Shockley Lecture and Partnership Award which was inaugurated at the Vanderbilt University School of Medicine, Department of Pharmacology, in 2009, and is presented biennially, and Distinguished Alumna of Purdue, Old Master at Purdue.  Recipients of the Dr. Dolores C. Shockley Lecture and Partnership Award are recognized for their involvement in partnerships that foster minority scientist career development.

The Department of Pharmacology at Vanderbilt University is proud to host this lecture.