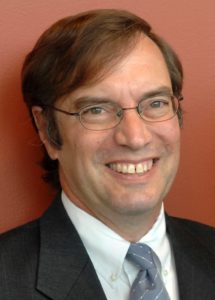 Dr. Jon Seidman is Henrietta B. and Frederick H. Bugher Foundation Professor of Genetics at Harvard Medical School. He received his undergraduate degree from Harvard University (’72) and his Ph.D. degree from the University of Wisconsin-Madison. His postdoctoral studies were carried out in Dr. Philip Leder’s laboratory at the National Institute of Child Health and Human Development. He has been a member of the Genetics Department, Harvard Medical School since 1981.

Dr. Seidman has made pivotal contributions to our understanding of the genetic basis of cardiomyopathy. He is particularly interested in dominant-acting mutations in sarcomere protein genes that cause hypertrophic cardiomyopathy in humans. The Seidman laboratory has made a murine model of this disease and demonstrated that these mutations lead to altered Ca2+ concentrations in myocytes. Ca2+ channel blockers reduce the hypertrophic response to sarcomere protein gene mutations in mice.

Dr. Seidman developed PMAGE or polony multiplex analysis of gene expression for defining the complete RNA profile of a cell or tissue. Other methods of RNA profiling such as microarrays and SAGE (serial analysis of gene expression) do not assess RNAs expressed at low levels such those that encode transcription factors and signaling molecules. Using PMAGE he can detect RNAs that are present in as few as 0.3 RNA molecules per cell. He is now using PMAGE to study the consequences of gene mutations that cause cardiomyopathies (e.g. dilated cardiomyopathy and hypertrophic cardiomyopathy) as well as congenital heart diseases including tetralogy of Fallot, Holt-Oram Syndrome, atrial septal defect and conduction system disease. Dr. Seidman is a member of the NIH Roadmap Initiative SYSCODE Consortium which is a multi-investigator initiative charged with engineering organs including the tooth, pancreas, and heart valve. He leads Technology Development for the Consortium and has generated novel approaches for RNAseq analysis and data interpretation.

Dr. Seidman was an HHMI Investigator from 1988-2005. In 2002, he shared the Bristol-Myers Squibb Award with his wife and scientific collaborator, Christine Seidman, M.D. He was appointed to the National Academy of Sciences and the Institute of Medicine in 2007. He is an outstanding scientist whose career illustrates the power of an intellectual partnership that combines basic science expertise with clinical insight. 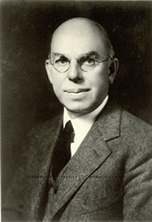 Dr. Paul Lamson was the first Chair of the Department of Pharmacology at Vanderbilt. Dr. Lamson obtained his medical degree from Harvard University in 1909 and did further training at Massachusetts General Hospital, the University College in London and the University of Wurzburg in Germany before joining the faculty of Johns Hopkins Medical School in 1914. His early work in electrocardiography resulted in the publication of a book, “The Heart Rhythms”, in 1921. In 1923, he was recruited by Dr. Canby Robinson to be the Chair of the Department of Pharmacology, a position he held until 1952.

Dr. Lamson made significant contributions to the field of Pharmacology including the introduction of carbon tetra-chloride therapy and hexylresorcinol therapy for the treatment of hookworm and ascariasis. Furthermore, he was one of the first researchers to recognize the importance of chemistry and the use of “chemical probes” to elucidate mechanisms of drug action.

In 1951, he demonstrated the “Lamson effect” by showing that glucose given intravenously to animals awakening from barbiturate anesthesia caused them go back to sleep. He also described the role of the liver in the regulation of blood volume, was the first to artificially produce cirrhosis of the liver, and built one of the first artificial hearts. Dr. Lamson’s additional contributions include his work in the areas of toxicity, acute polycythemia, and shock.

In addition to teaching and research, Dr. Lamson was also active in many professional organizations including the American Society for Pharmacology and Experimental Therapeutics. He served as the Vice-President of the American Association for the Advancement of Science in charge of the Section on Medical Science in 1943. He was also editor-in-chief of the Journal of Pharmacology and Experimental Therapeutics from 1937 to 1940.