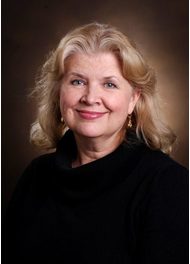 I am interested in the mechanisms of plastic changes of signaling via dopamine receptors (DA). DA receptors are extremely important for normal brain function and are often affected in brain disorders. DA receptors are G protein-coupled receptors. Persistent stimulation of DA receptors induces desensitization. The best-studied mechanism of homologous desensitization (desensitization only of the receptor that has been activated) involves two groups of proteins. Activated receptor is phosphorylated by specific G protein-coupled receptor kinases (GRKs). Activated and phosphorylated receptor then binds arrestin, an “uncoupling” protein that prevents further receptor-G protein interaction. The receptor-arrestin complex is internalized due to arrestins’ interaction with clathrin and AP-2, the major components of coated pits. In endosomes, the complex dissociates, the receptor is dephosphorylated and recycled back to the plasma membrane. Alternatively, receptors can be also sent to lysosomes and degraded, thus leading to receptor down-regulation. These processes collectively are called intracellular trafficking and sorting of receptors.

Abnormal signaling via DA receptors is implicated in a number of psychiatric and neurological disorders such as Parkinson’s disease and schizophrenia, as well as in drug abuse. Parkinson’s disease is the second most common neurodegenerative disorder (after Alzheimer’s disease). It is caused by degeneration of dopaminergic neurons in the substantia nigra. The lack of DA leads to disturbances in the basal ganglia circuitry and, consequently, to motor deficits. Dopamine replacement therapy with L-DOPA, the precursor of dopamine, is an effective way to correct motor abnormalities. However, long-term therapy often results in reduced response to the drug and motor complications such as dyskinesias (involuntary aimless movements). We are testing the idea that arrestins and GRKs play a role in motor deficits in Parkinson’s disease and in drug-induced motor complications. Studies with animal models of Parkinson’s disease suggest that dopaminergic denervations results in supersensitivity of striatal DA receptors. We are examining the role arrestins and GRKs in this phenomenon. Theoretically, if receptor desensitization is impaired or delayed, receptors would appear functionally supersensitive. The animal studies also show that motor response to L-DOPA administration changes over time: repeated treatment rapidly produces a phenomenon called sensitization. Sensitization is an increase in response to a drug upon repeated application, and, to a certain extent, seems to be analogous to dyskinesia in human patients. Our research is aimed at finding out whether and how arrestins and GRKs are involved in sensitization to L-DOPA.

Excessive stimulation of DA receptors often leads to hallucinations and delusions. Specific subtypes of DA receptors are targets of drugs called antipsychotics used to control psychotic symptoms in mental disorders such as schizophrenia. We are interested in the role DA receptor trafficking plays in the mechanisms of schizophrenia and actions of antipshychotics. We are also following up indications that arrestins and GRKs may play specific roles in neuronal development.