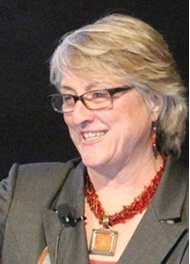 My work is focused on understanding the molecular basis of signaling mechanisms mediated by G proteins, which are switch proteins. G proteins are normally inactive, but a receptor that has received a specific signal can activate G proteins, leading to changes in the activity of enzymes that produce second messengers such as cyclic AMP and calcium.

The resulting changes in cellular activity underlie a large number of physiological processes. G protein-mediated signalling cascades are key regulators of many physiological processes, including processes of development, differentiation, and regulation of cell division. In the brain, many key neurotransmitters and neuromodulators mediate a myriad of functions by activation of such G protein cascades.

The research in my laboratory is aimed at understanding how G proteins become activated by receptors, how they in turn activate effector enzymes, and how they turn off. We determined the sites of interaction between proteins using a method of decomposing the proteins into small synthetic peptides and determining which peptides blocked interaction sites (Hamm et al., 1988; Rarick et al., 1992; Artemyev et al., 1993; Arshavsky et al., 1994). To understand the process more fully, we determined the atomic structure of the proteins in collaboration with the group of Paul Sigler. We used X-ray crystallography to solve the three-dimensional structures of G proteins in their inactive (GDP bound, (Lambright et al., 1994) and activated (GTPbgS-bound) forms (Noel et al., 1993). We caught a glimpse of the self-inactivating process in another crystal form, the transition state analog, Ga.GDP.AlF4- (Sondek et al., 1994). More recently, the structures of the bg subunit (Sondek et al., 1996) and the heterotrimeric G protein (Lambright et al., 1996) were solved. These high-resolution structural studies allowed us to postulate specific hypotheses regarding mechanisms of receptor:G protein interaction and activation, G protein subunit association-dissociation and effector activation.