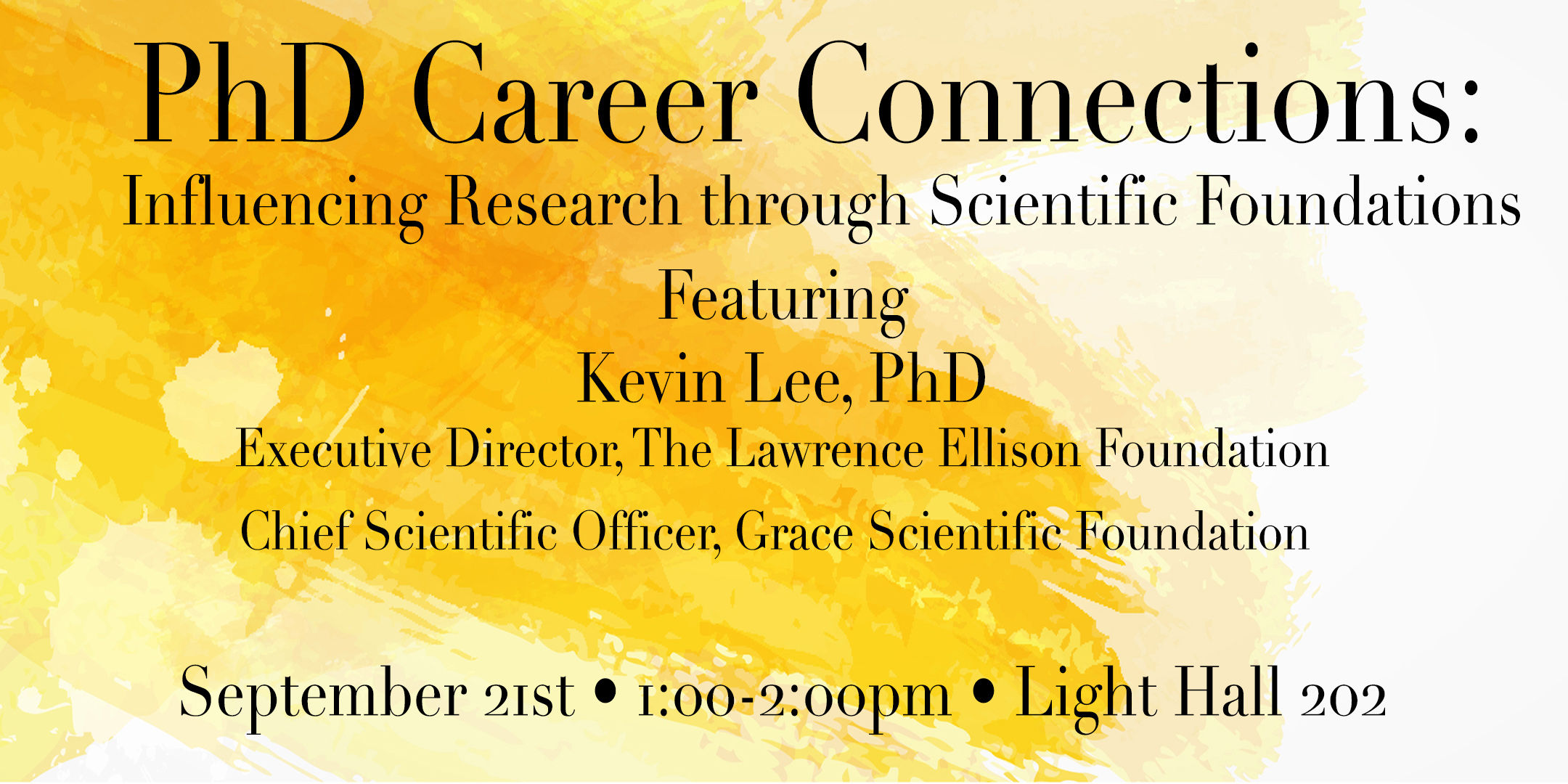 He also serves as Executive Director of the Lawrence Ellison Foundation (formerly the Ellison Medical Foundation), a philanthropic organization supporting biomedical research on the fundamental mechanisms of aging, age-related diseases, and neuroscience. The Foundation was established by Lawrence Ellison, the Executive Chairman and founding CEO of Oracle Corporation. Dr. Lee is also the Grace Science Foundation’s Chief Scientific Officer. As CSO, he coordinates the Foundation’s scientific mission to understand and develop treatments for NGLY1 Deficiency and other related genetic conditions.  Concurrently, Dr. Lee acts as Senior Scientific and Programmatic Advisor to the Glenn Foundation for Medical Research, and as Senior Scientific Advisor, Medical Research for the JPB Foundation.

Dr. Lee is a graduate of the University of Michigan and received his Ph.D. in Biology from the Massachusetts Institute of Technology. His career spans over 25 years of research experience in molecular genetics and neurobiology in biotechnology, academic research and not-for-profit settings. He served previously as Deputy Executive Director of the Ellison Medical Foundation from 2007-2012. Prior to joining the Ellison Medical Foundation, Dr. Lee was Executive Vice President-Research of Sentigen Biosciences. He was responsible for the start-up and development of this New York City-based biotechnology company leading to its acquisition by Invitrogen Corporation in 2006. He has served as a member of the Scientific Review Board for the Simons Foundation Autism Research Initiative in New York. Dr. Lee’s scientific research career employed genetic approaches to learn how neurons in the brain are “wired up” during development to make functional circuits that relay sensory information and control behavior. He worked with Dr. Thomas Jessell in the Center for Neurobiology and Behavior at Columbia University, where he studied the specification, axonal projection, and functional connectivity of nerve cells in the spinal cord. He is the recipient of biotechnology patents and is the author of numerous research publications.